Petitioner sought to quash an FIR that gave rise to a case under Section 3(1) of the Uttar Pradesh Gangsters and Anti-Social Activities (Prevention) Act, 1986.

Order passed by District Magistrate granting approval to the Gang Chart – Annexure 5 to the writ petition was also sought to be quashed.

The submission was made that the facts alleged in the FIR do not make out any violence, threat or show of violence intimidation, coercion etc. which would amount to disturbing public order. No temporal, pecuniary, material or other advantage having been procured by the petitioner, was alleged in the criminal cases lodged against him. Therefore, the requirements of Section 2(b) & 2(b) (viii) of the Act were not made out.

From the allegations made in the FIR, it appears that the petitioner was intervening in a dispute between the first informant and the other accused, pertaining to an electricity connection.

Senior Advocate, V.P. Srivastava was on the words “with object of disturbing public order” used in Section 2(b) of the Act, which defines a Gang.

(b) “Gang” means a group of persons, who acting either singly or collectively, by violence or threat or show of violence, or intimidation, or coercion, or otherwise, with the object of disturbing public order or of gaining any undue temporal, pecuniary, material or other advantage of himself of any other person, indulge in anti-social activities”.

Bench dismissed the petitioner’s contention that to constitute a Gang, the member of the Gang should be operating only with the object of disturbing public order.

To the above, Court added that the definition of “Gang” no doubt includes within its ambit acts of violence or threat, or show of violence, carried out with the object of disturbing public order. However, this is just the first part of the definition. The second part, which starts with the word ‘or of gaining any as of undue temporal, pecuniary, material or other advantage of himself of any other person, indulge in anti-social activities.

High Court opined that the definition of a Gang is in two parts, and both are mutually exclusive. Each one of the two parts by itself would be enough to bring a case within the ambit of the term Gang.

Further, the Court added that,

Section 2(b) provides that a group of person, singly or collectively would constitute a gang in either of the two conditions below-

(i) by violence, or thereat or show of violence or intimidation or coercion, or otherwise try to disturb public order,

(ii) by violence or threat or show of violence or intimidation or coercion or otherwise try to obtain undue temporal, pecuniary, material or other advantages for himself or any other person.

Hence, in the present matter, the contention that the impugned FIR deserves to be quashed as it does not fall within the purview of the definition of a ‘Gang’ in Section 2(b) of the Act cannot be accepted.

Adding to the above, Court stated that the allegations were that the petitioner interfered in a private dispute between the two parties, with which, he prima facie had no connection. It is, therefore, clearly a case of coercion, intimidation and use of force against a person, who is alleged to have refused to provide electricity to his neighbour, who is stated to be a friend of the petitioner.

Concluding the matter, Court held that no ground for quashing of impugned FIR existed. 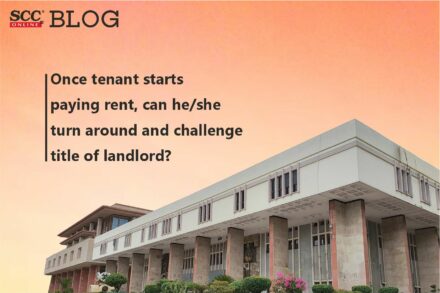