Securities Appellate Tribunal, Mumbai: The Coram of Justice Tarun Agarwala (Presiding Officer) and Justice M.T. Joshi (Judicial Member) while addressing a matter whether a Chartered Accountant could be held guilty by SEBI for lack of due diligence, held that,

Lack of due diligence can only lead to professional negligence which would amount to a misconduct which could be taken up only by ICAI.

An appeal was filed against the order passed by the Whole Time Member of Securities and Exchange Board of India whereby the appellant who was a statutory auditor/chartered accountant had been prohibited from issuing any certificate of audit and had been restrained from rendering any other auditing services to any listed companies and intermediaries for a period of one year.

Deccan Chronicle Holdings Limited, its promoters, directors, and Chartered Accountant (appellant) were issued show cause notice after investigation, wherein it was alleged that the company had understated its outstanding loans to the tune of Rs 1339.17 crores in the year 2008-9 and had also wrongly disclosed the difference between the actual and reported outstanding loans for the FYs 2009-10 and 2010-11.

Further, it was alleged that the company had manipulated its financials and failed to make necessary disclosure and that the promoters of the company wrongly transferred loans on the last day of the FY and reverted it on the first day of the financial year, thus misleading financial information.

WTM concluded stating that the company had made wrong misleading or inadequate disclosures to the stock exchange and had understated the outstanding loans and interest and financial changes in the annual returns.

Additionally, the WTM held that the appellant overlooked the reporting of the outstanding loans and that he was not diligent and cautious and that it was his obligation to check the details of the outstanding loan from the bank and through other independent sources which he failed to do so and thereby did not adhere to the Auditing Assurance Standard (AAS)  and consequently allowed the fudging of the books of accounts by the company which suggested that the appellant colluded with the other notices.

Tribunal held that the impugned order could not be sustained for the following reasons:

In the Bombay High Court decision of Price Waterhouse Co. v. SEBI, WP No. 5249 of 2010, it was held that while exercising the powers under the SEBI Act, it is not open to SEBI to encroach upon the powers vested with the Institute under Chartered Accountant Act, 1949.

However, in a given case, if there is material against the C.A. to the effect that he was instrumental in preparing false and fabricated accounts in connivance, then SEBI is entitled to pass appropriate orders under Section 11(4) of the SEBI Act in the interest of the investors or securities market and is entitled to take measures as prescribed in the said section.

Further, SAT in its decision of Price Waterhouse Co. v. SEBI, Appeal No. 6 of 2018, found that the scope of the enquiry was only restricted to the charge of professional negligence since the C.A/C.A Firm were not dealing directly in the securities. This Tribunal held that in absence of inducement, fraud was not proved nor there was connivance or collusion by the C.A.s and therefore, the provision of section 12 (A) of SEBI Act and Regulation 3 & 4 of PFUTP Regulations are not applicable.

In the absence of any inducement, the question of fraud committed by the appellants does not arise.

Tribunal found that the appellant as a statutory auditor was not responsible for the preparation and falsification of the books of accounts, the financials of the company and the balance sheet of the company.

Concluding the matter, Coram held that once CA was not found responsible for the preparation of financials of company, merely because he was not cautious will not suggest that he colluded with the promoters and directors of the company.

In view of the above discussion, Tribunal allowed the appeal, and the impugned order did not sustain so far as it concerned the appellant (CA). [Mani Oommen v. SEBI, 2022 SCC OnLine SAT 60, decided on 18-2-2022] 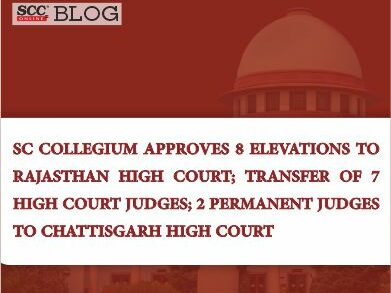