Supreme Court: Opining that the advancement of medical field over a period of time has been enormous, the Division Bench comprising of Sanjay Kishan Kaul and M.M. Sundresh, JJ., directed the Railways to constitute a committee to revisit its decision disqualifying persons with history of lasik surgery for the post of constables (RPF).

The appellants had appeared in a competitive examination of the Railways and had sought recruitment as constables in the Railway Protection Force (RPF), however, in view of a policy decision taken by the respondents, dated 11-11-2013 qua medical suitability, the appellants were held unfit for service in categories A and B of the Railway Medical Manual, 2000 for having gone through lasik surgery to the eye. The appellants contended that the decision had been brought into force almost 3 years after the date of advertisement; hence it could not be applied to the recruitment process of the appellants. The contention of the appellants had been rejected by the High Court on the reasoning that once the technical committee goes into an aspect, it may not be proper for the court to step into that domain.

Considering the report of the respondents on the requirement of prohibiting the candidates who have gone through lasik surgery, the Bench observed that the order was passed on 17-08-2011 constituting a committee of Ophthalmologists, all from the Railways, to make an in-depth study and formulate guidelines for medical fitness/unfitness qua candidates and employees of various medical categories who have undergone lasik surgery in the past or during the service period. The Bench noted that that at the time of publication of the report, the lasik procedure had been available in India only for a period of 10 years. Pointing the limitation of the report the Bench expressed,

“We may note that now we have the benefit of an extra decade of medical study and observation with respect to the effects of this procedure. In view of the same, it may be time to revisit the issue.”

Emphasizing on the principle of ‘reasonable accommodation’ which underlines the Rights of Persons with Disabilities Act, 2016 with an objective of recognizing the worth of every person as an equal member of the society, the Bench referred to Pranay Kumar Podder v. State of Tripura, (2017) 13 SCC 351, where a candidate suffering from partial colour blindness was declared ineligible to take admission to the MBBS course and by the intervention of the Court a committee of experts was constituted to review the situation which, ultimately opined in favour of the candidate.

Opining that employment is a very important aspect in the Country which deserves a broader conspectus, the Bench directed to constitute a fresh medical committee of three or more members, out of which not more than one Doctor should be from the Railways and an independent Ophthalmologist from a Government hospital and private field should also be included.

The Bench directed that the committee be constituted within a period of two weeks’ to revisit the aspects about the fitness of candidates who have undergone lasik surgery qua different aspects of Railway employment. Further, the committee was directed to opine on the issue and carry out the exercise on or before 30-04-2022. The Bench remarked,

“This is a larger issue. Appellants here are concerned only with a particular aspect of railway employment which does not require fine technical work or the operation of heavy machinery. A parallel with the position in the armed forces may also not be appropriate as constables in the RPF are not deployed at the frontlines.”

The matter was directed to be listed for directions pursuant to the report on 10-05-2022. 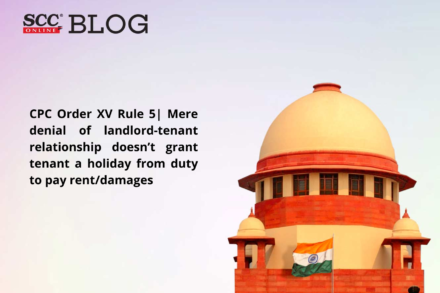