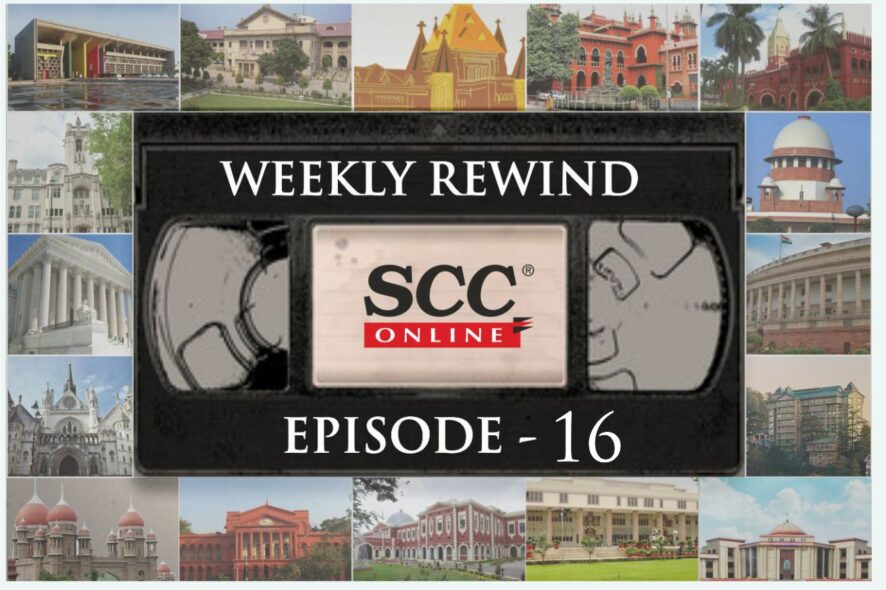 16th Episode of SCC Online Weekly Rewind featuring Bhumika Indulia, Associate Editor bringing you the most important and interesting stories from the field of law is out now!

In a major order from last week, the Supreme Court has refused to interfere with the assessment Scheme propounded by the C.B.S.E or I.C.S.E for the Class XII students and has held that, “… the stated Schemes are fair and reasonable and take into account concerns of all students and is in larger public interest.”

The Court also refused to interfere with the CBSE and ICSE Boards’ decision to cancel the Class XII Board exams and said, The fact that other Boards or institutions have been able to conduct examination does not necessarily mean that these two Boards were bound by that dispensation.

In a related news, the Supreme Court has directed all the State Boards to formulate Schemes for assessment of the Students within 10 days of the order.

Though the respective Boards are free to formulate their own Schemes being autonomous and independent bodies, the Court made clear that the Scheme must provide for a proper mechanism for redressal of dispute or grievance of the students after declaration of results, as has been done in the case of C.B.S.E. and I.C.S.E. Boards.

Noticing that the Punjab and Haryana High Court had failed to consider that there were serious allegations against the Punjab Police in the Punjab Gangster Jai Pal Singh Bhullar Encounter case, the Supreme Court has directed the High Court of Punjab and Haryana to re-consider its dismissal order with regard to request for second post-mortem in the case of alleged police encounter of infamous gangster Jai Pal Singh Bhullar.

Jai Pal Singh’s father has alleged that his son had been mercilessly tortured to death by Police under the guise of a fake encounter and the body was handed over by the West Bengal authorities in the sealed box.

Pursuant to the Supreme Court’s order, the High Court has directed second post-mortem.

Significance of ‘suo motu’ action under S. 35 of Advocates Act | Synoptic report of Madras HC decision on power and mechanism of Bar Council to take action against erring Advocates

In a very significant matter, High Court expressed, Usage of the position of advocate for other than just causes is nothing but an act of corrupt nature, which requires to be cut down by the sword held in the hands of the statue of Justice.

In the said matter, an advocate indulged in an unruly and indiscipline behaviour with the police personnel. Further adding to a number of interesting observations by the Court, Bench also stated that

“…nowadays, a few members, just to enrich themselves and for their selfish cause, throw to the winds the larger interest of the legal fraternity and cause irreparable damage to the other members of the legal profession by their acts.”

Is the common practice of advocate’s clerk swearing an affidavit permissible in law? Is there an exception, if yes, upto what extent?

Orissa high Court held that practice of Advocate’s clerks filing affidavits on behalf of parties is unacceptable and the said practice of in gross violation of Rule 26 of the Orissa High Court Rules.

The above observation was made in a case where two persons were arrested under Section 395 of Penal Code and were seeking bail under Section 439 CrPC.

Punjab and Haryana High Court while hearing a matter with regard to protection being sought by a father of two children who was in a relationship with a widow, made a very crucial observation that a man, who did not legitimately end matrimonial alliance with the biological mother of his children before entering into a live-in relationship with another woman, apparently lacked bona fides.

Division Bench of Calcutta High Court suo moto took up a matter in larger public interest which was brought into notice by Shivakant Prasad, J., wherein he had noticed disturbing news published in the daily Hindi newspaper ‘Sanmarg’ regarding apprehension of waste of medicines worth a crore of rupees in Beliaghata ID hospital.

Bench in the said matter opined that:

The entire system has to be maintained with the help of information and technology, the era in which we are living. One needs to keep in mind that taxpayers’ money of which the State is a trustee cannot be allowed to be wasted like this.”

Whether vaccination can at all be made mandatory and whether such mandatory action can adversely affect the right of a citizen to earn his/her livelihood? Court answers

Division Bench of Meghalaya High Court decided on the question as to whether vaccination can at all be made mandatory and whether such mandatory action can adversely affect the right of a citizen to earn his/her livelihood.

Court while issuing directions in the interest of general public observed that, mandatory or forceful vaccination does not find any force in law and hence are to be declared as ultra vires ab initio.

It was observed that:

The CCI is of the prima facie opinion that by making pre-installation of Google’s proprietary apps (particularly Play Store) conditional upon signing of ACC (Android Compatibility Commitments) for all Android devices manufactured/distributed/marketed by device manufacturers, Google has reduced the ability and incentive of device manufacturers to develop and sell devices operating on alternative versions of Android i.e. Android forks, and thereby limited technical or scientific development relating to goods or services to the prejudice of consumers in contravention of Section 4(2)(b) of the Act,

The Ministry of Corporate Affairs has notified the Companies (Accounting Standards) Rules, 2021 on June 23, 2021. The Accounting Standards shall come into effect in respect of accounting periods commencing on or after the 1st day of April 2021. 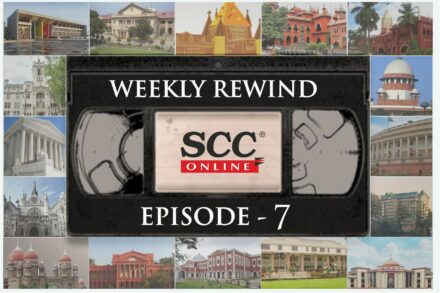 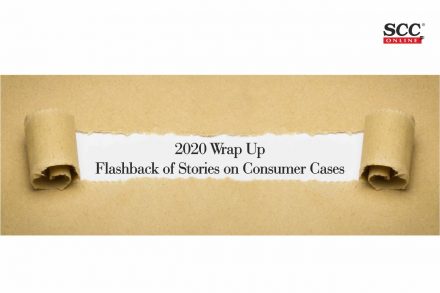 2020 Wrap Up — Flashback of Stories on Consumer Cases 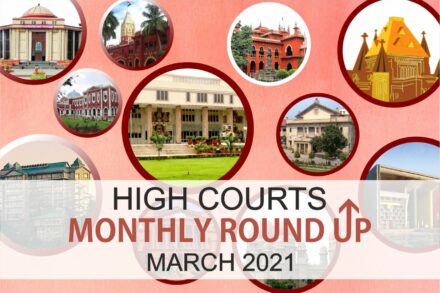