Nearly after a decade the Indian arbitration regime has come in consonance with the western world and settled the long due controversy on stamping of arbitration agreement. A Bench comprising of Dr Justice D.Y. Chandrachud, Justice Indu Malhotra and Justice Indira Banerjee in N.N. Global Mercantile (P) Ltd. v. Indo Unique Flame Ltd.[1] has held that since the arbitration agreement is an independent agreement between the parties, and is not chargeable to payment of stamp duty, the non-payment of stamp duty on the commercial contract, would not invalidate the arbitration clause, or render it unenforceable, since it has an independent existence of its own.

Existence and Validity: Finding of Garware Ropes Referred to A Larger Bench

At the outset, the Court first addressed the issue regarding validity of an arbitration agreement in an unstamped agreement extensively in the two landmark judgments, namely, SMS Tea Estates (P) Ltd. v. Chandmari Tea Co. (P) Ltd. (SMS Tea Estates)[2] and Garware Wall Ropes Ltd. v. Coastal Marine Constructions and Engg. Ltd.[3] (Garware Ropes). The Supreme Court in SMS Tea Estates[4] observed that an arbitration clause is independent of the other terms of the contract and held that

(i) an unstamped arbitration agreement cannot be acted upon; and

(ii) an arbitration agreement would be invalid where the contract is voidable at the option of a party.

Further, in 2019 the Supreme Court while deciding the case of Garware Ropes[5] again reverted to the position taken in 2011 in SMS Tea Estates[6] which held that an arbitration clause contained in a contract would exist as a matter of law only if the underlying contract is duly stamped. Garware Ropes[7] also held that it is not possible to bifurcate the arbitration clause contained in the arbitration agreement so as to give it an independent existence.

In the instant case, the Court held that Garware Ropes[8] does not lay down the correct position of law by opining that “existence” and “validity” are intertwined, and arbitration agreement does not exist if it is illegal or does not satisfy mandatory legal requirements. Invalid agreement is no agreement.

Despite the coherent ruling given by the Supreme Court, the decision in Garware Ropes[10] was affirmed by a three-Judge Bench of the Supreme Court in Vidya Drolia v. Durga Trading Corpn.[11] at para 92 of the judgment. The Court in instant case specifically held that the finding in Garware Ropes[12] is erroneous and has rightly referred the issue “whether non-payment of stamp duty on commercial contract will invalidate an arbitration agreement” to the Constitution Bench for an authoritative determination.

Before analysing the findings of the Court, it is important to note that the aim of the Stamp Act is to secure the revenue of the State.  To briefly highlight, Section 33 casts a statutory obligation on every person empowered by law to examine the instrument presented before them, and ascertain whether the instrument is duly stamped, failing which the relevant authority can impound the instrument and direct the parties to pay the requisite stamp duty along with a penalty of five rupees or ten times the amount of the proper duty or of the deficient portion thereof and obtain an endorsement from the Collector concerned.

Section 35 of the Stamp Act operates as a bar to an unstamped instrument being admitted in evidence or being acted upon. Furthermore, Section 40 of the Stamp Act provides the procedure for instruments which have been impounded, and sub-section (1) of Section 42 requires the instrument to be endorsed after it is duly stamped by the Collector concerned before expiration of one month from the date of impounding. Section 42(2) provides that after the document is duly stamped, it shall be admissible in evidence, and may be acted upon.

In the present case, the Supreme Court held that on a harmonious reading of the provisions of the Stamp Act with the Arbitration and Conciliation Act, 1996, it is suggested that even if the underlying contract was not sufficiently stamped, the arbitration agreement, which survives independently shall not be rendered invalid in law. Upon curing the defects as prescribed above the document would be admissible in evidence and could be acted upon.

Interplay between Stamp Act and Arbitration and Conciliation Act

After analysing the above provisions of the Stamp Act along with the provisions of the Arbitration and Conciliation Act, the Court clearly held that non-payment of stamp duty on the substantive contract would not invalidate the main contract as this is a deficiency which is curable on the payment of the requisite stamp duty at any prescribed stage.

This judgment reaffirms the position given in Section 7 of the Arbitration and Conciliation Act, 1996 that requires an arbitration agreement to be in black and white in order for it to be enforceable. It is opined that Garware Ropes[14] might have hampered the arbitration mechanism from the start by expanding the extent of judicial interference in the appointment of arbitrators, as well as delaying the issuance of interim relief, effectively declaring the arbitration process null and void. However, this lacuna has been now rectified by the judiciary and a pro- arbitration stance has been taken by the Court.

More importantly, a requirement of stamping of an arbitration agreement would have aided in delay in the dispute resolution mechanism in India and hence we look forward to the Constitution Bench reaffirming this decision as such decisions are being lauded in the arbitration fraternity. 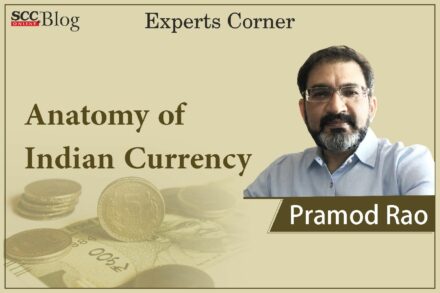 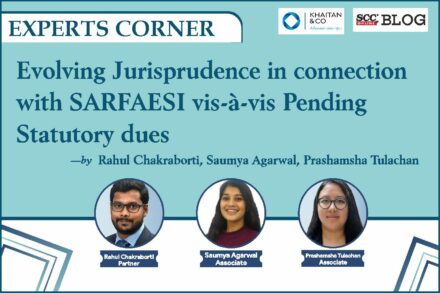 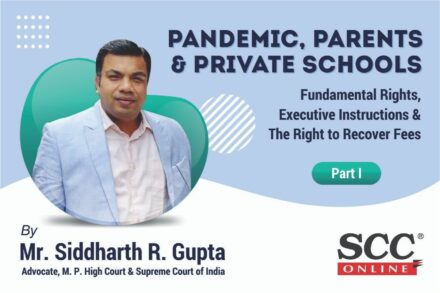