The present writ petition has been filed by the petitioners seeking quashment of FIR No. 02/2020 dated 10-01-2020 for offence punishable under Section 420 read with Section 34 of Penal Code, 1860 i.e. IPC registered against them by Respondents 2 and 3 at police Station Gol Bazar, Raipur on the ground that the dispute, being a commercial dispute, has been settled amicably between the petitioners and respondents 2 and 3 and the offence under Section 420/34 of the IPC is compoundable with the leave of the Court.

Counsel for the respondents submitted that they have no objection if the FIR registered against the petitioners is quashed as the dispute has been settled amicably.

“15. In our view, it is the duty of the courts to encourage genuine settlements of matrimonial disputes, particularly, when the same are on considerable increase. Even if the offences are non compoundable, if they relate to matrimonial disputes and the Court is satisfied that the parties have settled the same amicably and without any pressure, we hold that for the purpose of securing ends of justice, Section 320 of the Code would not be a bar to the exercise of power of quashing of FIR, complaint or the subsequent criminal proceedings.”

16. There has been an outburst of matrimonial disputes in recent times. The institution of marriage occupies an important place and it has an important role to play in the society. Therefore, every effort should be made in the interest of the individuals in order to enable them to settle down in life and live peacefully. If the parties ponder over their defaults and terminate their disputes amicably by mutual agreement instead of fighting it out in a court of law, in order to do complete justice in the matrimonial matters, the courts should be less hesitant in exercising their extraordinary jurisdiction. It is trite to state that the power under Section 482 should be exercised sparingly and with circumspection only when the Court is convinced, on the basis of material on record, that allowing the proceedings to continue would be an abuse of process of court or that the ends of justice require that the proceedings ought to be quashed. We also make it clear that exercise of such power would depend upon the facts and circumstances of each case and it has to be exercised in appropriate cases in order to do real and substantial justice for the administration of which alone the courts exist. It is the duty of the courts to encourage genuine settlements of matrimonial disputes and Section 482 of the Code enables the High Court and Article 142 of the Constitution enables this Court to pass such orders.”

The Court thus held that offence under Section 420/34 of the IPC is compoundable with the leave of the Court and taking into consideration that the parties have settled their dispute amicably as per the agreement that they entered into and further considering that respondent 2 has filed his affidavit and respondent 3 has recorded his statement before the Assistant Registrar (Judicial) wherein they have clearly stated that they have compromised and settled the dispute amicably outside the Court.

In view of the above, offence was compounded, FIR quashed and petition disposed off.[Gurumukh Das Chandani v. State of Chhattisgarh, 2020 SCC OnLine Chh 568, decided on 27-10-2020] 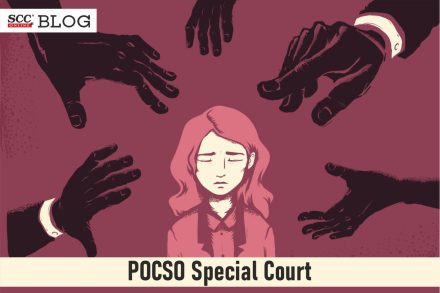 Pulling the dupatta of a girl amounts to offence under S. 354 IPC; Bombay Special Court directs compensation of Rs 15000 to the minor victim