Uttaranchal High Court: Sudhanshu Dhulia, J. entertained a writ petition where the petitioner, a workman was aggrieved by the order of the Deputy Labor Commissioner as his application under Section 14-A of U.P. Industrial Dispute Act, 1947 was rejected for punishing the respondent.

The petitioner contended that he was a workman in a private company since 2003. He was working as a Technician in the Noida factory but was subsequently transferred to Ranchi. Thereafter he contended that a settlement was reached between the Union and the Management wherein one of the stipulated conditions was that “the place of transfer of transferred employees would be changed as per the convenience of the employees concerned”. After the settlement, the said petitioner was transferred to Dehradun but due to his alleged involvement in the trade union activities, he was again transferred to Gauhati, thus, the petitioner alleged that such transfer was in clear violation to the settlement already made. Further, he made a request before the Labour Commissioner to cancel his transfer on the ground that such was violative to the settlement. It was submitted by counsel for the petitioner Singdha Tiwari that under Section 14-A of U.P. Industrial Dispute Act, 1947 i.e., Penalty for breach of a term of the award, there had been a breach of settlement committed by the respondent and he was liable for punishment.

The said application under Section 14-A was rejected by the Commissioner on the ground that what the petitioner was actually relying upon was the settlement which was executed between the Management and Union at Noida and therefore only the Labour Commissioner, Noida had jurisdiction to entertain this application.

The Court observed that Section 14-A of the Act, 1947 which the petitioner had invoked for redressal of his grievance had a long and chequered history. Initially, there was no such provision under the Act, 1947 or even in the Industrial Disputes Act, 1947. In the Act, 1947, Section 14-A was inserted by U.P. Act No. 34 of 1978. It made a breach of a binding settlement (or award) by any person a punishable offence. This provision was inserted as a deterrent to such employers who were earlier able to evade the implementation of an award or settlement. The Court noticed and stated that the provision gave more teeth to the Industrial Disputes Act. However, it was held that since Section 14-A of the Act, 1947 was related to an “offence”, the application would not lie either before the Labor Commissioner, of any place but it was only cognizable by the Magistrate, 1st Class, as such was the stipulation of the law.

The Court cited the relevant provisions which were Sections 15 and 16 of the said Act, and where it was mentioned ‘Offence to be deemed cognizable’ and ‘Cognizance of offence’, the Court further stated that the bare reading of the provisions showed that Magistrate was the only competent authority to adjudicate the matter. It was stated that the first authority which must take cognizance of the mater was the concerned District Magistrate or the public servant by the previous sanction of the DM. Hence, the Court found that the matter was decided by the Labor Commissioner on the point of jurisdiction, without properly adjudicating the real issue. It was held that though the provisions of CrPC were not strictly applicable but Sections 178 and 179 were to be applied and cognizance would have been taken up by the Magistrate rather than Commissioner. The Court allowed the writ petition only on the ground that Deputy Labor Commissioner was wrong in dismissing the application of the petitioner on ground of jurisdiction, before adjudicating with the matter, the Deputy Labor Commissioner must have proceeded in accordance with the law and after appreciating the facts of the case.[Rajesh Kashyap v. Rakesh Pandey, 2019 SCC OnLine Utt 630, decided on 04-07-2019] 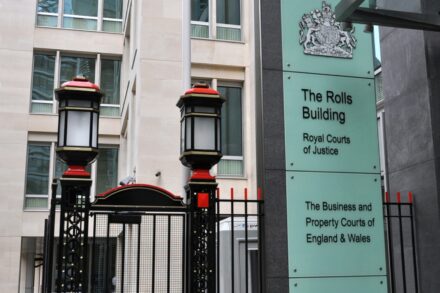 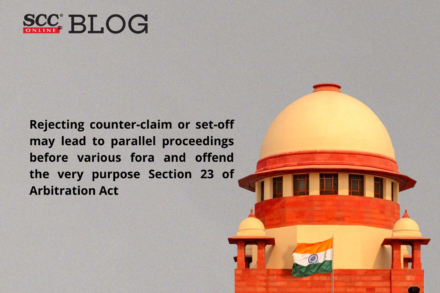 Rejecting counter-claim or set-off may lead to parallel proceedings before various fora and offend the very purpose S. 23 of Arbitration Act: SC

Is segmentation permissible for National Highway projects beyond a distance of 100 kms? MoEF&CC’s Expert Committee to examine, directs SC