Bombay High Court: A Division Bench comprising of A.S. Oka and Anuja Prabhudessai. JJ., heard an appeal filed by the appellant who was aggrieved by an order passed by the Family Court at Bandra, Mumbai. Subsequent to the marriage between the appellant and respondent in India, they shifted to Dubai and had two children. However, in 2008, the appellant returned to India with her children and had been residing here ever since. Subsequently, she filed a petition for divorce on the ground of cruelty and also claimed maintenance and accommodation for herself and for the children.

The respondent questioned the maintainability of the petition on the grounds that in 2012, a Dubai court had granted his petition for divorce ex-parte due to failure on the wife’s part to appear before the Court. Hence, the petition before the Bandra Court was barred by the principles of res judicata. In the present appeal, the appellant had contended that the Court at Dubai was not a competent court to adjudicate the issue and that the forum as well as the grounds on which relief had been granted was not in accordance with the matrimonial law that was governing the parties.

The High Court relied on guidelines framed by the Supreme Court in Y. Narasimha Rao v. Y. Venkata Lakshmi, (1991) 3 SCC 451 and discussed what foreign judgments are not conclusive; whether the Court at Dubai had jurisdiction and whether the parties were domiciled in India or in Dubai. As per the guidelines, the law under which the parties are married must recognize the court to be a court of competent jurisdiction; a court is of a competent jurisdiction if action is filed in the forum where the parties are domiciled or permanently reside, the other party must voluntarily and unconditionally submit himself/ herself to the jurisdiction of the court; and that a judgment will be unenforceable if it is against the principles of natural justice or if it has been obtained by fraud.

The Court, rejecting the contentions of the respondent, and setting aside the decision of the Family Court, decided that in the present case, both the parties were Indian nationals, whose marriage was governed by the Hindu Marriage Act of 1955. Since, the appellant had not submitted to the jurisdiction of the Court at Dubai, and no arrangements were made to ensure her presence in the proceedings before the Dubai court, the judgment was against principles of natural justice and liable to be set aside on grounds of it being delivered by a court of law without jurisdiction. [Shilpa Sachdev v. Anand Sachdev, Family Court Appeal No. 56 of 2016, decided on 11.08.2017] 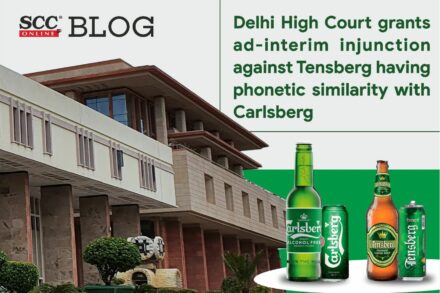 Tri HC | Delayed payment of die-in-harness compensation, paid as an alternative to compassionate appointment, ordered to be paid with interest