Tripura High Court: Arindam Lodh J. quashed the judgement and order which was originally passed by the special judge (POCSO) West Tripura Agartala on July 08, 2020 in , in Case No. Special (POCSO) 21 of 2018.

In the instant case the victim had been staying in the house of one Rakhal Saha located at Granduse Para,Agartala since her childhood. .During such stay the victim came to be acquainted with the accused and love affairs developed between them. It is a noteworthy fact that during her stay, he tried to force himself upon her against her will. On 08-03-2017 matter was settled amicably in the house of said Rakhal Saha. However, the victim stated to have approached East Agartala Women P.S. from where she was taken to a Home at Jogendra nagar. During stay in the said Home the

victim being fallen ill, she was taken to a Doctor and on the advice of the Doctor her pregnancy was tested positive. Situating thus, mother of the informant approached the parents of the accused with request to get the victim married but they refused to do so. The victim being at the stage of 6(six) months of her pregnancy lodged written complaint with West Agartala Women P.S. on 26-10-2017.”

The central argument by the respected advocate for the appellant Mr Lodh, was that in the instant case, the prosecution had failed to prove the presence of the elements of Section 90 of IPC. The learned advocate for the appellant further strongly contended that both the parties thus involved in the case were consenting parties for the establishment of a physical relationship between them and that no promise was made by the convict in furtherance of having a bad faith or intentions, rather, both the accused and the victim had developed physical relation out of love and passion as both the parties were consenting adults.

The Court placed a strong reliance over the case of Pramod Suryabhan Pawar v. State of Maharashtra, (2019) 9 SCC 608 based on the facts of the instant matter and eventually acquitted the appellant Priyangan Saha on the basis of benefit of doubt and eventually quashed the judgement and order passed in Case No. Special (POCSO) 21 of 2018.[Priyangan Saha v. State of Tripura, CRL A (J) 36 of 2020, decided on 09-09-2021] 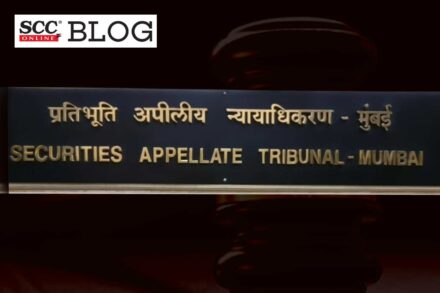 Shareholders of Tamilnad Mercantile Bank restrained by SEBI to participate in IPO; SAT quashes appeals as the aggrieved parties were not part of Offer for Sale