Delhi High Court: Before proceeding with the matter, C. Hari Shankar, J., queried of Mr Vaidyanathan, respondent’s counsel, as to whether he had any objection to him hearing this matter as he was an avowed aficionado and, indeed, admirer of Agatha Christie. Counsel answered emphatically in the negative, asserting that he too was one.

She arguably was the greatest writer of books in the murder mystery genre, even and the best-selling fiction writer of all times as per the Guinness Book of World Records.

Appellant in 2017, filed an application for registration of the trademark “And Then There Were None”, the most famous work of Agatha Christie and one of the top selling books of all time.

Appellant sought to register the above under Classes 9, 16 and 41 of the Schedule to the Trademark Rules.

Impugned order came to be passed on 14-1-2021, rejecting the application.

The only ground on which the impugned order refused the registration of the appellant’s mark was that it was not distinctive.

High Court stated that ex facie, the impugned order could not be sustained either on facts or in law.

Bench failed to understand why “AND THEN THERE WERE NONE” was by any reckoning, not a distinctive mark, when see vis-à-vis the categories of services in respect of which its registration was being sought.

“The Trade Marks Act, 1999, confers, as a matter of right, the right to register s trademark which does not suffer from any of the infirmities which the Act contemplates.”

“…name being the title of the most well-known work of fiction written by Agatha Christie, it is also capable, prima facie, of creating an association between the name and the appellant, which is a company established by Agatha Christie herself. It can, therefore, legitimately be used in the context of services which the said company provides or intends to provide.”

If the mark is distinctive, and is not identical or confusingly or deceptively similar to any earlier mark which is registered or in use from a prior date in respect of similar goods or services, or which results in the passing off, by the applicant, of its goods or services as those of another, registration of the mark is a matter of right.

Since the impugned order denied the registration without any due justification, the same needs to be set aside.

Elaborating further, the Bench added that the right to register a mark under which one intends to provide good or services is a valuable right, partaking of the character of article 19(1)(g) of the Constitution of India.

Hence, the appellant’s mark will be entitled to registration as sought in respect of the services under Classes 9, 16 and 41. 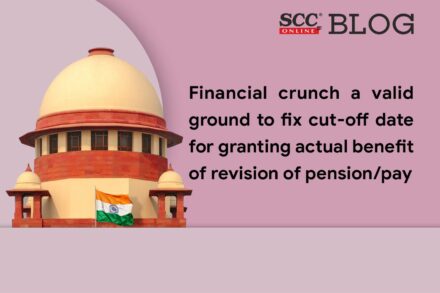 Ker HC | In re: Bruno; HC steps forward as the flag bearer of Animal rights. Directions issued to State to adopt proactive approach towards animal welfare

Presence of a legally recoverable debt at the time of issuing cheque is a necessity for an action under S. 138 NI Act