Supreme Court: A 3-judge bench of Arun Mishra, Vineet Saran and S. Ravindra Bhat, JJ has upheld the constitutional validity of the SC/ST (Prevention of Atrocities) Amendment Act, 2018, and said that a court can grant anticipatory bail only in cases where a prima facie case is not made out. In the unanimous verdict, Justice Mishra penned the opinion for himself and Justice Saran whereas Justice Bhat wrote a separate but concurring opinion.

“(ii) there is no absolute bar against grant of anticipatory bail in cases under the Atrocities Act if no prima facie case is made out or where on judicial scrutiny the complaint is found to be prima facie mala fide.

(iii) arrest of a public servant can only be after approval of the appointing authority and of a non-public servant after approval by the S.S.P. which may be granted in appropriate cases if considered necessary for reasons recorded. Such reasons must be scrutinized by the Magistrate for permitting further detention.

(iv) to avoid false implication of an innocent, a preliminary enquiry may be conducted by the DSP concerned to find out whether the allegations make out a case under the Atrocities Act and that the allegations are not frivolous or motivated.

(v) any violation of the direction of the Court will be actionable by way of disciplinary action as well as contempt.”

The said verdict was, however, was partially set aside by the 3-judge bench of Arun Mishra, MR Shah and BR Gavai, JJ in Union of India v. State of Maharashtra, 2019 SCC OnLine SC 1279, wherein it was held that some portions of the Dr Subhash Kashinath verdict were against the concept of protective discrimination in favour of down­trodden classes under Article 15(4) of the Constitution and also impermissible within the parameters laid down by this Court for exercise of powers under Article 142 of Constitution of India.

Taking into account the 2019 verdict that reviewed the 2018 verdict, Justice Mishra, in his judgment, held that the provisions which have been made in section 18A are rendered of academic use as they were enacted to take care of mandate issued in Dr. Subhash Kashinath verdict which no more prevails.

The Court, further, said that provisions of section 438 Cr.PC shall not apply to the cases under Act of 1989. However, if the complaint does not make out a prima facie case for applicability of the provisions of the Act of 1989, the bar created by section 18 and 18A(i) shall not apply. The court can, in exceptional cases, exercise power under section 482 Cr.PC for quashing the cases to prevent misuse of provisions on settled parameters.

Justice Bhat, in his separate opinion, agreed with the views expressed by Justice Arun Mishra but added a caveat to it and said,

“while considering any application seeking pre-arrest bail, the High Court has to balance the two interests: i.e. that the power is not so used as to convert the jurisdiction into that under Section 438 of the Criminal Procedure Code, but that it is used sparingly and such orders made in very exceptional cases where no prima facie offence is made out as shown in the FIR, and further also that if such orders are not made in those classes of cases, the result would inevitably be a miscarriage of justice or abuse of process of law.”

He also said that it is important to keep oneself reminded that while sometimes (perhaps mostly in urban areas) false accusations are made, those are not necessarily reflective of the prevailing and wide spread social prejudices against members of these oppressed classes. He said that atrocities like forcing the eating of inedible matter, dumping of excreta near the homes or in the neighbourhood of members of such communities and several other forms of humiliation, which members of such scheduled caste communities are subjected to, far outweigh the petitioners’ concern that innocent individuals would be subjected to what are described as arbitrary processes of investigation and legal proceedings, without adequate safeguards. The right to a trial with all attendant safeguards are available to those accused of committing offences under the Act; they remain unchanged by the enactment of the amendment.

He concluded his judgment with a poignant question that

“can the prevailing situation of exclusion based on caste identity be allowed to persist in a democracy which is committed to equality and the rule of law? If so, till when? And, most importantly, what each one of us can do to foster this feeling of fraternity amongst all sections of the community without reducing the concept (of fraternity) to a ritualistic formality, a tacit acknowledgment, of the “otherness” of each one’s identity.” 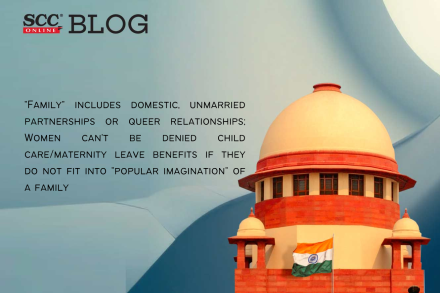 By Prachi Bhardwaj Published on August 31, 2022

Megh HC | With serious menace of garbage piling up in one of the major towns, State administration seeks only to play the fiddle; matter receives the urgent attention at the highest quarters