Supreme Court: The 9-judge bench of SA Bobde, CJ and R Banumathi, Ashok Bhushan, L Nageswara Rao, M M Shantanagoudar, S A Nazeer, R Subhash Reddy, B R Gavai and Surya Kant, JJ, hearing the Sabarimala reference has held that the Supreme Court can refer questions of law to a larger bench while exercising its review jurisdiction. The bench had, on February 6, 2020, reserved it’s order on the said legal issue while hearing the Sabarimala reference after renowned jurist and senior advocate Fali Nariman objected to the manner in which the Supreme Court turned a review of the Sabarimala case into an opportunity to set up a nine-judge Bench and examine whether certain essential religious practices of various faiths, including Islam and Zoroastrianism, should be constitutionally protected.

The Court also framed 7 seven questions that are to be decided by the 9-judge bench in the Sabarimala reference and has proposed a day-to-day hearing in the matter from February 17, 2020. The issues to be heard relate to:

Earlier, CJI Bobde had said that the court will examine the matter and hear the scope of judicial review on the point of religious faith and women’s rights. He had fixed a 10-day period for concluding the hearing on the petition seeking women’s entry into Sabarimala temple, mosques, and Parsi Agiyari.
The Court had on January 13 said that it will only hear the questions referred to in the review order passed by it in November last year in the Sabarimala temple case, which allowed women and girls of all age groups to visit the shrine in Kerala. The bench had asked counsels to consult each other and decide which issue is to be argued by whom as done during Ayodhya hearing. The Counsels were, however, unabale to reach a consensus on the issues to be argued.

Also read:Sabarimala Review Petitions Not Referred To A Larger Bench, But Kept Pending. Here’s What Supreme Court Has Actually Held

Chh HC | When prima facie ingredients of S. 383 IPC is not made out, then the offence under S. 388 IPC cannot be made out

Ker HC | If consent given out of love and passion on a promise of marriage, sexual intercourse is not rape: Court while granting pre-arrest bail to rape accused 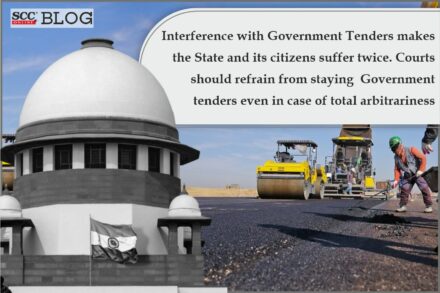 Interference with Government Tenders makes the State and its citizens suffer twice. Courts should refrain from staying Government tenders even in case of total arbitrariness: SC