Last year, the Central Government introduced a slew of changes to the Mines and Minerals (Development and Regulation) Act, 1957 (MMDR Act) through the Mines and Minerals (Development and Regulation) Amendment Act, 2021 dated 28-3-2021 (2021 Amendment). One of the significant changes was the deletion of a section related to transfer of mines, more specifically, which also dealt with the transfer of captive non-auction mines upon payment of transfer charges.

So, how does this change impact stakeholders in the mining industry?

Before we delve into the impact of the latest changes, we must understand the journey of transfer charges under mining laws in India.

The road so far

One of the pivotal moments in the development of mining laws in India came in the year 2015 — when the Mines and Minerals (Development and Regulation) Amendment Act, 2015 dated 27-3-2015 (2015 Amendment) was introduced to bring a significant change to the existing mining laws with a primary objective to introduce a more transparent manner of allocation of mines through an auction route process. While this was a positive change, it came with its own challenges.

The above position however changed slightly in 2016 when the Government brought about the Mines and Minerals (Development and Regulation) Amendment Act, 2016 dated 9-5-2016 (2016 Amendment). The 2016 Amendment resolved the anomaly created by the 2015 Amendment by introducing a new provision that allowed for the transfer of non-auction captive mines and thereby paving way for the introduction of the concept of transfer charges as notified under Minerals (Transfer of Mining Lease Granted Otherwise than through Auction for Captive Purpose) Rules, 2016 on 30-5-2016 (Transfer Rules).

Transfer charges were, in effect, an additional royalty payable to the Government by a mining lease holder to whom such captive non-auction mining lease (granted prior to 2015) was transferred. While transfer charges were introduced, provisions related to transfer of mineral concessions under MMDR Act still had to be followed, and the condition of obtaining a prior approval of State Government continued to apply.

Per the Transfer Rules, a mining lease could be transferred upon the following payments being made to the State Government concerned:

(i) upfront payment equivalent to 0.50% based on estimation of the value of estimated resources for such mine, adjustable against the transfer charges payable;

(ii) a performance security equivalent to 0.50% of the value of estimated resources; and

(iii) an additional royalty equivalent to 80% of royalty in addition to the royalty payable to the State Government concerned.

While the Transfer Rules provisioned for transfer of captive non-auction mines, it suffered from some lacunae. Firstly, the transferee was required to make an upfront payment of 0.50% of “value of estimated resources” within 30 days of the State Government concerned making such demand, however neither was the methodology for calculation of such value prescribed, nor was the aforesaid term defined, which brought in an element of subjectivity. The Transfer Rules provided for the State Government to demand an upfront payment — for transferor and transferees that meant that prior to such a transfer, one would necessarily have to do an analysis and understand at least the approximate costs involved in undertaking such a transfer. As there was no set method for the calculation of the upfront payment, captive mine holders would usually conduct a cost analysis to estimate the approximate range of upfront payment required to be paid to the State Government. Accordingly, the ‘value of estimated resources’ available for transfer would be estimated assuming scenarios such as the capacity of the plant and year on year mineral requirement to be extracted for the remaining life of the mine or the term of the mining lease, as the case maybe. Such estimate could also be calculated by using data from filings made to regulatory authorities (for example, the Indian Bureau of Mines) by a mineral concession holder or based on data from environmental approvals accorded to such mineral concession holders. The State Governments, though, would typically demand transfer charges upon conducting a geological study of the mining lease area and determining the mineable reserves available for transfer.

Further, there were other practical considerations to be kept in mind due the sector dynamics especially in industries where a captive plant may have more than one captive mine — how to treat mining lease allocations that were under pending litigations or even commercial contingencies created, such as businesses struggling or companies holding mining leases but under financial stress. The transfer charges formula, therefore, did not per se factor in the ground realities and dynamic nature of the mining sector. The consequent cost of paying such additional royalty by a transferee of a mineral concession dissuaded such transferees from incurring such a significant financial cost and amplified the business risk.

Provided that the transferee of mining lease shall not be required to pay the amount or transfer charges referred to in sub-section (6), as it stood prior to the commencement of the Mines and Minerals (Development and Regulation) Amendment Act, 2021, after such commencement but no refund shall be made of the charges already paid.

Furthermore, the Ministry of Mines through Notification dated 2-11-2021 has rescinded the Transfer Rules, that prescribed the transfer charges and other payments, including upfront payment, recurring transfer charges and submission of performance security. It is important to note that while transfer charges are no longer applicable on a transfer of mine â€” stamp duty and registration fees on merger orders, mineral development and production agreements, transfer deeds and new mining leases will still be payable. A detailed cost analysis is also required for land leased or owned in and around such mining lease areas and transfer thereto from a real estate perspective.

The removal of transfer charges and rescission of Transfer Rules will provide a conducive environment for boosting the transactions landscape for captive mine holders and catalyse fresh investments in the sector. However, the legislature has made it clear that transfer charges paid prior to the 2021 Amendment will not be refunded. This may be amenable to a challenge by those who were required to bear the additional royalty prior to omission to the 2021 Amendment, and the same will have to stand the test of time and judicial scrutiny.

Nonetheless, the rescission of Transfer Rules and the amendments brought to the MMDR Act is a welcome step in the right direction with an aim to ease transfer of mineral concessions for captive non-auction mines — thereby attracting investment in the mining sector and eventually increasing mineral output and revenue to the State Governments, by soldering up the existing regulatory gaps in the mining sector. 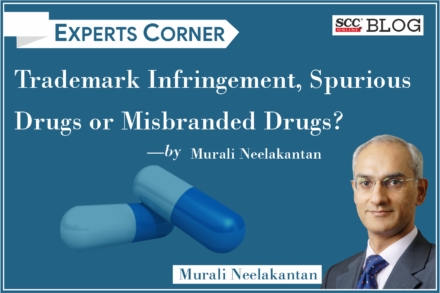 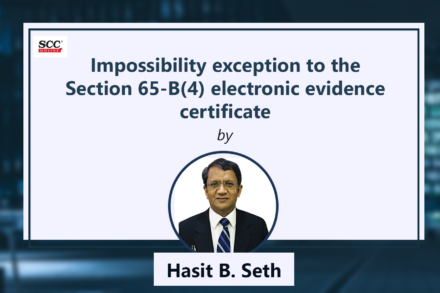 Impossibility Exception to the Section 65-B(4) Electronic Evidence Certificate 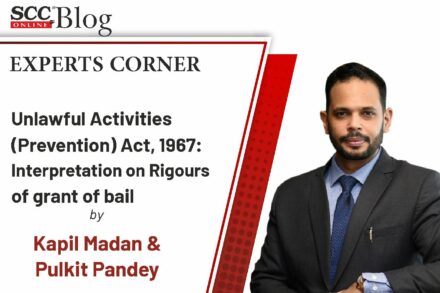