Sikkim High Court: The Division Bench of Jitendra Kumar Maheshwari, CJ. and Meenakshi Madan Rai, J., partly allowed an appeal which was filed challenging the Judgment dated 08-12-2020 passed in Silajit Guha vs. Sikkim University, WP(C) No.30 of 2019 by Single Bench, partly dismissing the petition deciding the issue of jurisdiction.

The appellant was a Professor in the department of respondent 1, Sikkim University, respondent 5, a student of the department made a complaint of sexual harassment against the appellant to the Internal Complaint Committee (ICC). After inquiry it was submitted to the Executive Council of the University i.e. respondent 3. The Registrar of the University issued the office order bearing no.201/2019 dated 28-06-2019, terminating the services as per the 33rd Meeting of the Executive Council. Relying upon the inquiry report and while considering the representation of the petitioner under clause 8(6) of the University Grant Commission (Prevention, Prohibition and Redressal of Sexual Harassment of Women Employees and Students in Higher Educational Institutions) Regulation, 2015 (hereinafter in short referred as UGC regulations) Council was of the opinion that the appellant is not fit to be retained in the service of the University, however, terminated his service with immediate effect. The petitioner preferred a statutory appeal on 01-07-2019 which was pending. In the meantime, the Writ petition seeking quashment of show cause notice dated 10-06-2019, the inquiry report dated 08-06-2019 and the order of termination dated 28-06-2019 and various other consequential reliefs was filed.

Counsel for the appellant contended that at one place learned Single Judge proceeded to decide the scope of the definition of the ‘workplace’ observing that it is inclusive definition but simultaneously the same question was left open to decide by the Executive Authority in terms of Section 9 of the Act, which cannot be decided exceeding to the observations of the Court.

The Court found that there was substance in the argument of the Counsel for the appellant. The Court further observed that in the facts of the case the ambit and scope of the workplace as specified in Section 2(o) of the Act can be decided after appreciation of the evidence brought before ICC, as considered by Single Bench. The Court opined that observation of Single Judge referring to Section 2(o) of the Act i.e. ‘workplace’ its ambit and scope is not proper in particularly when the same question is permitted to be decided by the Executive Authority.

Therefore, the Court held that the finding on the point of jurisdiction explaining the definition of ‘workplace’ was an inclusive one, stands set aside to such extent and the liberty is granted to the appellant to raise the said question before the Executive Authority who shall decide the same in accordance with the law.

It was directed that the Executive Authority shall decide the appeal as observed by the learned Single Judge without influencing with the observation recorded in the Judgment on the point of jurisdiction or on the point of ambit and scope on the definition of ‘workplace’.[Silajit Guha v. Sikkim University, 2021 SCC OnLine Sikk 80, decided on 03-07-2021] 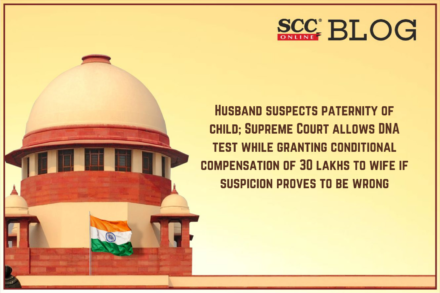 Del HC | In-laws discharged of S. 498-A IPC where complainant roped in all family members without ascribing specific roles