The President of the Privacy Commission, Belgium had brought legal proceedings seeking an injunction against Facebook Ireland, Facebook Inc. and Facebook Belgium before the Court of First Instance. The object of those injunction proceedings was to bring to an end to the ‘serious and large scale infringement, by Facebook, of the legislation relating to the protection of privacy’ consisting in the collection by that online social network of information on the internet browsing behaviour both of Facebook account holders and of non-users of Facebook services by means of various technologies, such as cookies, social plug-ins (Like or Share buttons) or pixels. The Commission contended that those features had permitted Facebook to obtain certain data of an internet user who visits a website page containing them, such as the address of that page, the ‘IP address’of the visitor etc.

Directions of the Court of First Instance

Facebook approached the Court of Appeal Brussels, Belgium contending that the action brought for injunction was inadmissible, as the DPA had no competence and right to bring such an action given the existence of the ‘one-stop shop’ mechanism provided under the provisions of Regulation 2016/679. On the basis of those provisions, it was only the Data Protection Commissioner (Ireland) who could bring injunction proceedings against Facebook, the latter being the sole controller (one-stop shop) of the personal data of the users of the social network concerned within the European Union.

The Court of Appeal referred the question raised by Facebook regarding one-stop shop to the European Court of Justice for its opinion on the matter.

To ascertain whether under Article 55(1), Articles 56 to 58 and Articles 60 to 66 of Regulation 2016/679, read together with Articles 7, 8 and 47 of the Charter, a supervisory authority of a Member State other than the ‘lead supervisory authority’ has the power to bring any alleged infringement of that regulation to the attention of a Court of that Member State and to initiate or engage in legal proceedings with respect to cross-border data processing; the Bench noticed,

The top Court, though upheld the ‘one-stop shop’ shop mechanism, at the same time proceeded to carve out certain exceptions for the same:

Exception 1: As per Article 56(2) of Regulation 2016/679, a supervisory authority which is not the lead supervisory authority is to be competent to handle a complaint lodged with it concerning a cross-border processing of personal data or a possible infringement of that regulation, if the subject matter relates only to an establishment in its own Member State or substantially affects data subjects only in that Member State.

Exception 2: Article 66 of Regulation 2016/679 provides for an urgency procedure. That urgency procedure makes it possible, in exceptional circumstances, where the supervisory authority concerned considers that there is an urgent need to act in order to protect the rights and freedoms of data subjects, immediately to adopt provisional measures intended to produce legal effects on its own territory with a specified period of validity which is not to exceed three months, while Article 66(2) of Regulation 2016/679 further provides that, where a supervisory authority has taken a measure under Article 66(1) and considers that final measures must urgently be adopted, it may request an urgent opinion or an urgent binding decision from the European Data Protection Board, giving reasons for requesting such an opinion or decision.

In the event of cross-border data processing, it is not a prerequisite for the exercise of the power of a supervisory authority of a Member State, other than the lead supervisory authority, to initiate or engage in legal proceedings that the controller against whom such proceedings are brought has a main establishment or another establishment on the territory of that Member State.

Where a supervisory authority of a Member State other than the ‘lead supervisory authority’, has brought a legal action on the instance of cross-border processing of personal data before the date when that regulation became applicable, that action may be continued on the basis of the provisions of Directive 95/46/EC of the European Parliament and of the Council of 24-10-1995 on the protection of individuals with regard to the processing of personal data and on the free movement of such data, which remains applicable in relation to infringements of the rules laid down in that directive committed up to the date when that directive was repealed. Article 58(5) of Regulation 2016/679 must be interpreted as meaning that that provision has direct effect, with the result that a national supervisory authority may rely on that provision in order to bring or continue a legal action against private parties, even where that provision has not been specifically implemented in the legislation of the Member State concerned.[Facebook Ireland Ltd, Facebook Inc. & Facebook Belgium v.  Belgian Data Protection Authority, C‑645/19, decided on 15-06-2021] 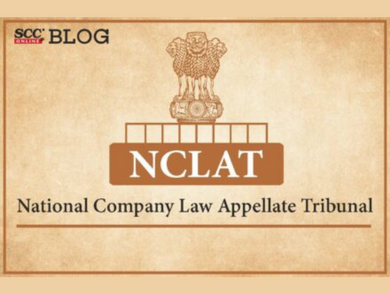 NCLAT | Insolvency and Bankruptcy Code does not contemplate lookback period; Information and relevant documents not to be withhold from Liquidator to investigate transactions done even beyond two years from Insolvency Commencement Date

Explained| Can more than one consumer institute a complaint under Consumer Protection Act 2019? Why is the definition of “complainant” misleading?