Kerala High Court: Shaji P. Chaly, J. allowed a writ petition seeking directions for strict and stringent measures to curb the illegal activities and to conduct a thorough investigation into the activities carried out by the Movie Mill Productions, and forest officials in a reserve forest area.

Petitioner was an animal rights activist aggrieved by the permission granted to deposit gravel in the Reserve Forest under Kasaragod Range, Thiruvananthapuram for the purpose of shooting a movie, and inaction of the Government to take disciplinary and other punitive measures against the irresponsible and erring officials who granted permission to do an illegal act of depositing gravel in the reserve forest. The concern of the petitioner was that, the act of the officials was in gross violation of the forest laws and guidelines, causing a serious and irreparable threat to the forest and wildlife.

According to the petitioner, the respondent film company obtained permission from forest officials against the existing forest laws and conditions for film shooting. He sought the immediate intervention of superior forest authorities to stop the atrocities in the forest, but no action was taken against the officials who were guilty of violating forest, wildlife and conservation laws, causing damages to the environment and bio-diversity existing in the said area. Even though the Additional Principal Chief Forest Conservator, Kozhikode had recommended for inquiry and action against the officials who had granted permission, the Government did not take any action against the erring officials. It was also argued that serious and irreparable damages were caused in the forest area due to the dumping of gravel and deposit.

The learned counsel for respondents Sandesh Raja. K. (Special Government Pleader), Philip T.Varghese, Achu Subha Abraham, M.F. Mohammod Siyad,  Thomas T.Varghese,  M.Rajendran Nair, M. Santhy, and  Vishnu J. (Central Government Counsel) refuted the allegations and claims raised by the petitioner. The counsels argued that when the application was submitted by the film producing company seeking permission for film shooting in the forest range, the permission was granted and it was mentioned in the permission order that the applicant and the team had to strictly follow the existing rules and regulations, and had to execute an agreement with the Divisional Forest Officer (DFO), before the commencement of shooting. It was pointed out that the permission was granted in accordance with the existing laws and consequent to the permission, respondent, i.e., the movie company and they had executed an agreement with the DFO. Apart from the conditions contained under the agreement, strict instructions were given to maintain the area as such, and not to dump any waste in the area. It was also submitted that, as alleged by the petitioner, a huge quantity of soil was not dumped in the site in question and permission for carrying gravel was issued on condition that it shall be removed after completion of shooting, respondent had complied with all the condition, therefore, there were no shortcomings on the part of the respondent is using the forest area for film shooting.  According to the DFO, no serious issues had occurred in the forest area, as was alleged by the petitioner. Therefore, he contended that the allegations made by the petitioner in the writ petition were baseless.

The Court observed that the permission was granted for film shooting violating the provisions of the Forest (Conservation) Act, 1980, Wildlife (Protection) Act, 1972 and other environmental laws, especially due to the fact that the movie company was permitted to deposit gravel from outside and form a pucca road so as to facilitate the conveyance. The Court noted that it was clear that serious damages had been caused to the reserve forest consequent to the dumping of gravel in the forest area and making the road and the area more marshy which had interfered substantially with the natural environment and the biodiversity in the area. Therefore, the Court opined that there was duty cast upon the Central Government to initiate action against the erring officials and the movie company for non-forest activities undertaken by them in the reserve forest area by depositing gravel and damaging the environment, bio-diversity, and the flora and fauna, after making due enquiries. It also made clear, if the damages caused due to the deposit of the gravel were not repaired, every step shall be taken by the Central Government to ensure that the same was removed at the earliest and whatever cost suffered on account of the same shall be realized from the movie company. Thus, the writ petition was allowed.[Angels Nair v. Govt. of Kerala, 2019 SCC OnLine Ker 2282, decided on 17-06-2019] 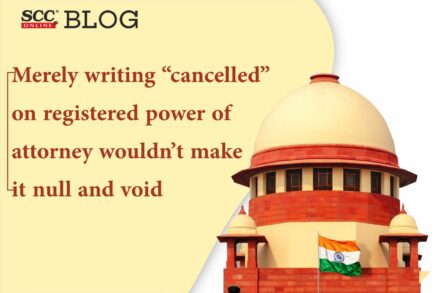 Del HC | [Maintenance] Provisions of S. 125 CrPC are for the welfare of neglected wives, children and parents