Supreme Court of Canada: While considering the issue regarding the powers of investigation of the syndic that whether the assistant syndic of the Chambre de l’assurance de dommages (the syndic) was empowered to demand from the Insurer the production of documents subject to litigation privilege, for inspection, the Bench of McLachlin C.J. and Abella, Cromwell, Moldaver, Karakatsanis, Wagner, Gascon, Côté and Brown, JJ., held that Section 337 of the Act Respecting the Distribution of Financial Products and Services is a general production provision that does not specifically indicate that the production must include records for which privilege is claimed, thereby not abrogating litigation privilege attached to a document. It was further observed that, “Although litigation privilege is distinguishable from solicitor-client privilege, it is nevertheless a class privilege and gives rise to a presumption of inadmissibility for a class of communications, namely those whose dominant purpose is preparation for litigation. Thus, any document that meets the conditions for the application of litigation privilege will be protected by immunity from disclosure unless the case is one to which one of the exceptions to that privilege applies.”

In the instant case, the appellant, an assistant syndic of the Chambre de l’assurance de dommages asked the respondent to send her a complete copy of its claim file with respect to one of its insured. The syndic based this request on Section 337 of the Act Respecting the Distribution of Financial Products and Services (ADFPS). However the insurer expressed its inability to present certain documents, citing that they were either covered by solicitor- client privilege or by litigation- privilege. The appellant contended that the aforesaid provision is sufficient to lift the privilege, because it created an obligation to produce ‘any document’.

Even non-payment of entire sale consideration cannot be a ground cancellation of sale deed: SC 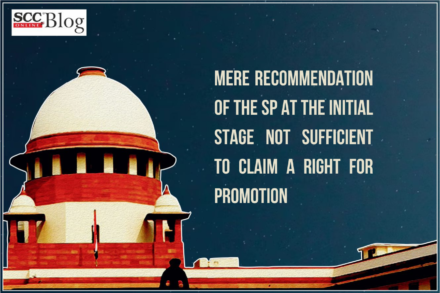