Supreme Court: Stating that re-promulgation of ordinances is a fraud on the Constitution and a subversion of democratic legislative processes, the 7 judge bench held that the Ordinance making power does not constitute the President or the Governor into a parallel source of law making or an independent legislative authority.

Dr. D.Y. Chandrachud, J writing down the majority judgment for himself and S.A. Bobde, A.K. Goel, U.U. Lalit and L. Nageswara Rao, JJ, laid down the principles for promulgation of ordinances as follows:

(a) The need for, validity of and expediency to promulgate an ordinance;

(b) Whether the Ordinance ought to be approved or disapproved;

Madan B. Lokur, J, writing down his minority view said that there is no universal or blanket prohibition against re-promulgation of an Ordinance, but it should not be a mechanical re-promulgation and should be a very rare occurrence. There could be situations, though very rare, when re-promulgation is necessary. T.S. Thakur, CJ, after going through both the views, said that there may indeed be situations in which a repromulgation may be necessary without the ordinances having been placed before the legislature. Equally plausible is the argument that the constitution provides for the life of ordinances to end six weeks from the date of re-assembly of the legislature, regardless whether the ordinances has or has not been placed before the house. Leaving the question of interpretation of Articles 123 (2) and 213(2) in so far as the obligation of the Government to place the ordinance before the Parliament/legislature open, he said that regardless whether the requirement of placing the ordinance is mandatory as held by Chandrachud, J. or directory as declared by Lokur J., the repeated repromulgation of the ordinances were constitutionally impermissible and a fraud on the powers vested in the executive. [Krishna Kumar Singh v. State of Bihar, 2017 SCC OnLine SC 10, decided on 02.01.2017]

UK SC | Amid the controversies surrounding the environmental impact of constructing a third runway at Heathrow Airport, SC discusses the fundamentals of “Government Policy” || Detailed Report 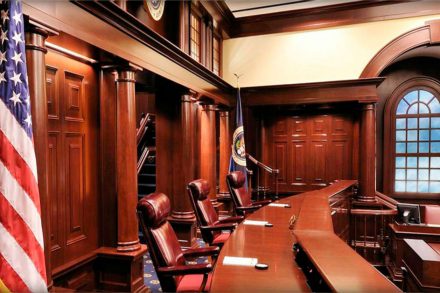 Discrimination against a person on the basis of their sexual orientation is a form of sex discrimination under the Civil Rights Act, 1964