Supreme Court: The bench of BR Gavai* and PS Narasimha, JJ has held that the right to establish an educational institution is a fundamental right under Article 19(1)(g) of the Constitution of India and reasonable restrictions on such a right can be imposed only by a law and not by an execution instruction.

What was under challenge?

The ruling came in a case where the Court was called upon to decide whether the moratorium, as imposed by the Pharmacy Council of India (PCI), could have been imposed by resolution/communications dated 17.07.2019 and 09.09.2019, which is in the nature of an executive instruction of the Central Council.

Resolution/Communication dated 17.07.2019: A moratorium on the opening of new pharmacy colleges for running Diploma as well as Degree courses in pharmacy for a period of five years beginning from the Academic Year 2020-2021.

(iii) States/Union Territories where the number of institutions offering D. Pharm and B. Pharm courses (both combined) is less than 50.

The 4 High Court judgments in question

The Karnataka High Court[1]; Delhi High Court[2] and Chhattisgarh High Court[3], while allowing the writ petitions filed by the respondent-institutions and quashing and setting aside the Resolutions/communications of PCI’s Central Council, in a nutshell, held:

(i) That the right to establish educational institutions is a fundamental right guaranteed under Article 19(1) (g) of the Constitution of India;

(ii) That there can be reasonable restrictions on such a right. However, such a restriction can be imposed only by law enacted by the competent legislature;

Bombay High Court[4],  on the other hand, upheld the moratorium. It was argued before the Court that said judgment of the Bombay High Court has not been considered by all the three High Courts of Karnataka, Delhi and Chhattisgarh.

Holding that the right to establish an educational institution is a fundamental right under Article 19(1)(g) of the Constitution of India and reasonable restrictions on such a right can be imposed only by a law and not by an execution instruction, the Court held that the Bombay High Court, did not lay down the correct position of law and that the view taken by the High Courts of Karnataka, Delhi and Chhattisgarh laid down the correct position of law.

Deciding against PCI, the Court held that PCI could not impose restrictions on the fundamental right to establish educational institutions under Article 19(1)(g) of the Constitution of India. Hence, the Resolutions/communications dated 17th July 2019 and 9th September 2019 of the Central Council of PCI have been struck down.

On Necessity to impose restrictions

There could indeed be a necessity to impose certain restrictions so as to prevent mushrooming growth of pharmacy colleges. Such restrictions may be in the larger general public interest. However, if that has to be done, it has to be done strictly in accordance with law. If and when such restrictions are imposed by an Authority competent to do so, the validity of the same can always be scrutinized on the touchstone of law.

On requirement of “No Objection Certificate”

The applications seeking approval for D. Pharm and B. Pharm courses are required to be accompanied by a “No Objection Certificate” (“NOC”) from the State Government and consent of affiliation from the affiliating bodies. While scrutinizing such applications, the Council can always take into consideration various factors before deciding to  allow  or  reject  such  applications. Merely because an institution has a right to establish an educational institution does not mean that such an application has to be allowed.  In a particular area, if there are more than sufficient number of institutions already existing, the Central Council can always take into consideration as to whether it is necessary or not to increase the number of institutions in such an area. However, a blanket prohibition on the establishment of pharmacy colleges cannot be imposed by an executive resolution. 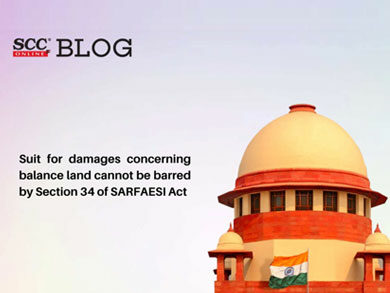 Use of incorrect phrase by itself does not vitiate an order