Telangana High Court: K Lakshman, J. upheld the petitioner’s appeal against the application of the Directorate of Enforcement (ED) seeking to extend the judicial custody of the petitioner in order to complete the investigation, stating that a complaint filed without complete investigation cannot be used to circumvent the right of statutory bail under Section 167(2) CrPC.

The petitioner is the chairman and managing director of a company against whom a case under Prevention of Money Laundering Act, 2002 was filed by the ED. The petitioner was remanded to judicial custody and has been in jail since 20-01-2022. The petitioner claimed that he is entitled to statutory bail under Section 167(2) Criminal Procedure Code (‘CrPC’), if the investigation is not completed within 60 days of his remand. After the expiry of 60 days of his judicial remand, he filed an application seeking default bail. However, the said application was returned as infructuous by the court stating that the ED had filed a charge sheet before the expiry of 60 days. The ED filed another application asking to extend the judicial custody as the investigation was yet to be completed. The said application was allowed, and the custody of the petitioner was extended. The petitioner challenged this order contending that there was no complaint or charge sheet filed in terms of as investigation was yet to be completed.

The Court noted that creates an obligation on the investigative agencies to complete the investigation in a time bound manner failing which the accused cannot be detained further. This ensures that the investigative authorities work in a swift and time bound manner and the prospect of further remand is not misused. The right to statutory bail accrues on a person if the charge sheet is not filed within the prescribed period of sixty days. To decide on the issue the Court first had to decide whether a complaint or charge sheet was filed or not. The Bombay High Court in Sharadchandra Vinayak Dongre v. State of Maharashtra, 1991 SCCOnline Bom 81 held that by filing incomplete charge sheets, the right of statutory bail under Section 167(2) CrPC cannot be circumvented.

Thus, in view of the above facts, the Court granted bail to the petitioner under Section 167(2) CrPC. 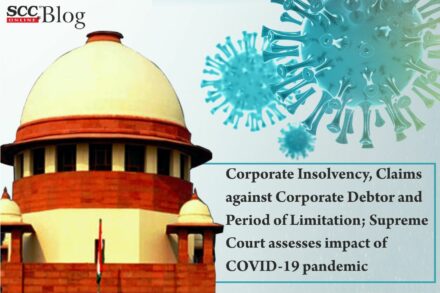