Framework of RTI Act restricts jurisdiction of CIC to provide a ruling on issues pertaining to access/right to information, not venture into merits of case

Neeraj Kumar Gupta (Information Commissioner), decides whether Commission can provide a ruling regarding the merits of a case or redressal of grievance.

While examining the complaint, can CIC direct disclosure of information under S. 18 of RTI Act?

Neeraj Kumar Gupta (Information Commissioner) addressed a matter wherein it was alleged that the respondent intentionally provided an evasive reply by stating that the information sought was not clear, hence issue of prompt response of CPIO was raised.

Will compensation paid by an employee to an employer for resigning from service without giving requisite notice, fall under taxable service?

The Coram of S.K. Mohanty (Judicial Member) and P. Anjani Kumar (Technical Member) reiterated that, any compensation paid by the employee to the employer for resigning from the service without giving the requisite notice, would not be termed as consideration for the contract of employment and as such, would not fall within the preview of taxable service.

Cenvat Credit is allowed on Insurance services; Tribunal sets aside penalty and interest

The Coram of P. Anjani Kumar (Technical Member) and P. Dinesha (Judicial Member) allowed appeals against the order of First Appellate Authority which upheld the demand of service tax by the adjudicating authority.

Conduct of Zomato and Swiggy, anti-competitive? DG to investigate

The Coram of Ashok Kumar Gupta (Chairperson) and Sangeeta Verma and Bhagwant Singh Bishnoi (Members) held that, in the case of both Swiggy and Zomato, prima facie there existed a conflict of interest situation, warranting detailed scrutiny into its impact on the overall competition between the RPs vis-à-vis the private brands/entities which the platforms may be incentivised to favour.

Can mere rejection of the claim by Assessing Officer, make assessee liable for penalty?

Addressing the issue, of whether mere rejection of the claim by an Assessing Officer would ipso facto make assessee liable for the penalty, the Bench of G.S. Pannu (President) and Kul Bharat (Judicial Member) held that it won’t make the assessee liable to a penalty.

Whether expenditure incurred on replacements of old truck bodies will be treated as revenue expenditure?

The Bench of Sonjoy Sarma (Judicial member) and Rajesh Kumar (Accountant Member) held that the expenditure incurred by the assessee as such on replacement of wooden body of trucks has to be allowed fully against the income of the assessee in the current year.

Delayed payment of employee’s contribution to EPF/ESIC is not disallowable as amendments to S. 36(1) (va) and S. 43B effected by Finance Act, 2021 were applicable prospectively; appeal allowed

The Coram of Pradip Kumar Kedia (Accountant Member) and Narender Kumar Choudhry (Judicial Member) allowed an appeal which was filed at the instance of the assessee against the order of the Commissioner of Income Tax (Appeals) -XXXVI, New Delhi passed by the Assessing Officer under Section 143(3) of the Income Tax Act, 1961 concerning AY 2013-14. The instant appeal challenged the disallowance of Rs 45,60,061 on account of delayed payment of employee’s contribution towards EPF and ESIC.

Whether gift received from HUF to any member of HUF is exempt from taxable income?

The Coram of Sanjay Garg (Judicial Member) and Annapurna Gupta (Accountant Member) examined the issue as to the taxability of the amount of gift received by the assessee from his ‘HUF’.

Insolvency and Bankruptcy Board of India (IBBI)

Name and Designation of Officers of IBBI is exempted under S. 8(1)(j) of the RTI Act

“Section 8(1)(j) exempts information which relates to personal information, the disclosure of which has no relationship to any public activity or interest, or which would cause unwarranted invasion of the privacy of the individual unless a larger public interest justifies the disclosure of such information.”

Fine of Rs 41.21 Crores imposed on a Government Corporation for excess mining and violation of conditions of Environmental Clearance: NGT issues 10 directions || If no fine, would rule of law be impacted? Read

If a person makes an investment in shares, will he be considered a Consumer under S. 2(1)(d) of Consumer Protection Act? NCDRC elaborates in view of ‘earning livelihood’

Viswanath, Presiding Member, held that the complainant was not investing money in the share market exclusively for earning his livelihood, hence the same was he did not fall under the definition of Consumer.

In an alleged medical negligence case, the Coram of R.K. Agrawal, President and Dr S.M. Kantikar, Member, reiterates that the “Consumer Protection Act should not be a halter round the neck.”

“Negligence per se may be declared when …”: NCDRC explains in medical negligence case while awarding Rs 25 lakh compensation plus interest

While addressing a medical negligence case, the Coram of Dr S.M. Kantikar (Presiding Member) and Binoy Kumar, Member, observed that, Negligence per se is not a separate cause of action from negligence suits. Negligence per se, however, assumes the duty because of public policy or law.

Due to burglary, customers lost their valuable articles from bank lockers. Will Bank be liable for deficiency in service?

The Coram of Justice R.K. Agarwal (President) and Dr S.M. Kantikar (Member) expressed that, customer avails of Locker hiring facility is so that they may rest assured that their assets are being properly taken care of, but in the present matter, OP Bank failed to take care of the assets.

Sudden cancellation of rooms booked for daughter’s marriage 3 months prior on account of maintenance: Is it an acceptable reason? Can consumers claim compensation?

“The memories of marriage ceremonies are lifetime events in the life of bride and bridegroom and their family members to make their moments memorable. In our country, certainly, it is not an easy task for the parents to arrange their daughter’s marriage in a five-star hotel in place like Jaipur or any big cities. All of sudden cancellation of booking about 3 months prior to the date of marriage on account of maintenance is not acceptable reason.”

After forceps delivery, a woman lost her control over passing urine and stool due to the negligence of a doctor, the Coram of R.K. Agrawal (President) and Dr S.M. Kantikar (Member) upheld the decision of State Commission with respect to compensation of Rs 8 lakhs.

Whether Homebuyer’s’ decision as a Class will be binding on every Homebuyer?

The Coram of Justice Ashok Bhushan (Chairperson) and Shreesha Merla (Technical Member) held that decision taken by the class of Homebuyers will be binding on all the homebuyers.

Once insolvency proceedings are put on Stay, Can resolution professionals still be entitled to fees during Stay?

Can territorial jurisdiction of NCLT be decided on basis of a Facility Agreement between parties?

The Coram of Justice Ashok Bhushan (Chairperson) and Shreesha Merla (Technical Member) held that, the territorial jurisdiction of NCLT to decide a case under Insolvency and Bankruptcy Code, 2016 cannot be taken away by the Facility Agreement between the parties.

Whether fixation of salary of the MD is within the domain of IBC?

“There is no crystallised quantum of amount which can be claimed as salary/remuneration fixed by the Board of Directors as contemplated under Section 196 of the Companies Act, 2013.”

The Coram of Justice Ashok Bhushan (Chairperson) and Dr Alok Srivastava (Technical Member) observed that, provisions of the Limitation Act are applicable to proceedings under IBC.

Jet Airways Resolution Plan’s implementation is subject to the outcome of?

The Coram of Justice Ashok Bhushan (Chairperson) and Shreesha Merla (Technical Member), held that the implementation of the Jet Airways Resolution Plan will be subject to the outcome of appeals filed against the order of National Company Law Tribunal which approved the resolution plan for Jet Airways.

Whether salary during notice period falls within definition of Operational Debt under IBC?

The Coram of H.V. Subba Rao, Judicial Member and Chandra Bhan Singh, Technical Member deliberated on what amounts to a pre-existing dispute.

While lifting the restriction of buying or selling any securities, laid down by SEBI on employees of Infosys for allegedly violating the insider trading regulations, the Coram of Justice Tarun Agarwala (Presiding Officer) and Justice M.T. Joshi (Judicial Member) reiterated the settled law that burden of proof is always upon the prosecution, SEBI to prove that he had access to UPSI.

Once a statute is repealed, will subordinate legislation made under statute ceases to have effect or can it be avoided by a saving clause?

“A statute after its repeal is completely obliterated as it had never been enacted. The effect is to destroy all inchoate rights and all causes of action that may have arisen under the repealed statute.”

If change of promoter is left to wisdom of society, it will create chaos and uncontrollable situation leaving fate of flat purchasers in doldrum

The Coram of Indira Jain J., (Chairperson) and Dr K. Shivaji, Member (A), expressed that, if the change of promoter without following the procedure prescribed under the law is left to the wisdom of society, it will not only render the relevant provisions of revocation of registration redundant but also create chaos and uncontrollable situation leaving the fate of allottees /flat purchasers in doldrum. 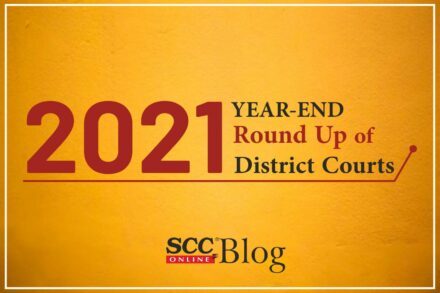 Year-End Round-Up of District Courts | From #MeToo Verdicts, ICICI — Videocon Scam, Toolkit Case to Delhi Riots: Get a Glimpse of it All 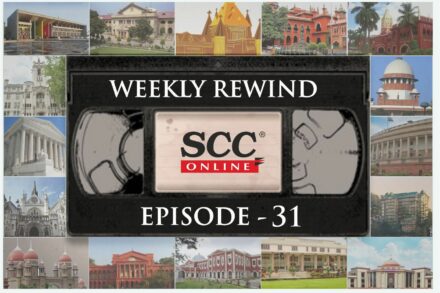