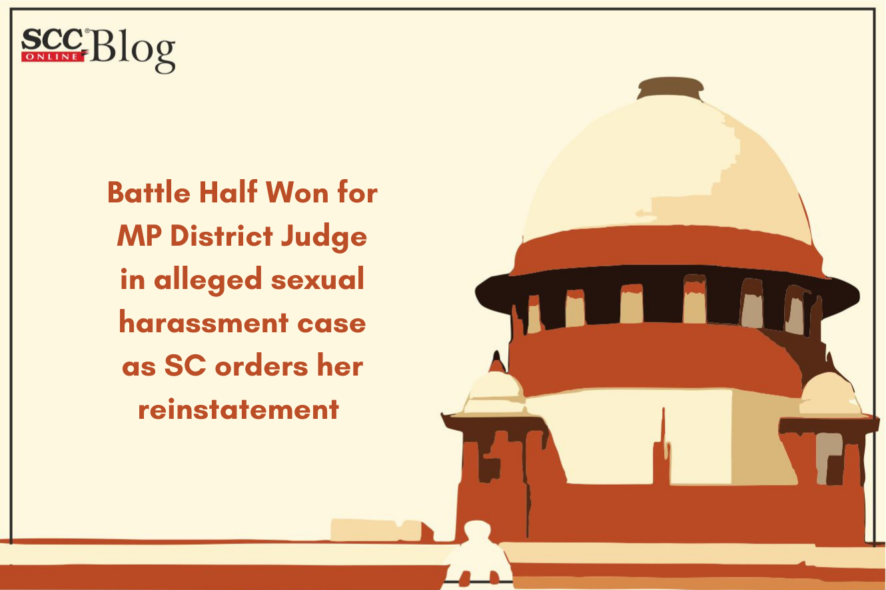 Supreme Court: In the case where one Additional District and Sessions Judge of Madhya Pradesh was “was left with no other alternative” but to resign after she was transferred as a consequence of the sexual harassment allegations levelled by her against the then Portfolio/Administrative Judge of Madhya Pradesh High court, the bench of L. Nageswara Rao and BR Gavai has held that the said resignation cannot be said to be voluntary and hence, set aside the order accepting her resignation and directed her reinstatement directed as an Additional District & Sessions Judge.

In the 86-pages long verdict the Court refrained from naming the parties and only restricted itself to decide if the transfer and acceptance of Petitioner’s resignation was arbitrary or not.

“Frustrating” chain of events leading to resignation by the petitioner

Factors considered by the Supreme Court

The transfer of the petitioner was effected mid-term though she could have very well been transferred in general transfers, to be effected in March–April, 2014.  Even in the agenda of the mid-term transfers, which were to be effected on various grounds, petitioner’s name was not included. It was only after the then D & SJ, Gwalior addressed a complaint to the then RG, seeking her transfer out of Gwalior, the matter was placed immediately before the Transfer Committee within days and the Transfer Committee approved the transfer of the petitioner.

The transfer was also sought to be justified in view of Clause 22 of the Transfer Policy.  One of the grounds on which the transfer could be made in mid-term, is that the performance of such Judicial Officer is found to be below the norms prescribed. However, in the case at hand, the petitioner’s performance in the assessment made by the then D & SJ, Gwalior on 15th January 2014 for the assessment year 2013, has been found to be ‘very good’.

The second ground under Clause 22 of the Transfer Policy, that a transfer can be made if the grounds exist for initiating an inquiry against such a Judicial Officer, is also not applicable to the present case.

Transfer from Gwalior to Sidhi

The then Judge on the Transfer Committee has specifically admitted in his deposition before the JIC that at the relevant point of time, the pendency at the 4 places which were mentioned by the petitioner in her second representation, was much higher than at Sidhi.

The Petitioner had stated that her transfer had mostly affected the crucial stage of career of her daughter and therefore, she was left with no other option but to resign from her post.

Reaction of a person to a particular situation would depend from person to person. No two individuals can be expected to respond identically to a same situation. It is quite possible that some other person in the petitioner’s place, would have chosen to pursue one’s own career without bothering about the daughter’s education and prospects of good career. 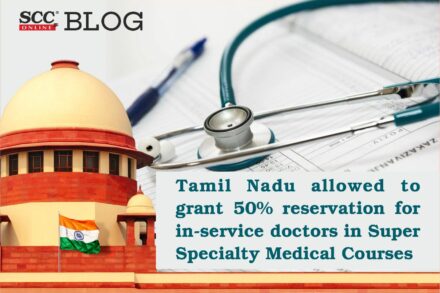 HP HC | [Service Law] If a candidate has been wrongly excluded from the process of appointment on account of arbitrary State Action, then he is entitled to notional seniority from the date, the similarly situated persons have been appointed

HP HC | “Synergy of law with technology is the next big thing”; Stringent conditions laid down while granting bail to ‘foreign nationals’ and securing their presence during trial in light of Art. 21 of Constitution