Tours and Travel Company undertook to provide a package holiday at a four-star hotel. The Court stated the same to be an integral part of a holiday of such a standard that hotel staff provide guests with assistance with ordinary matters affecting them at the hotel as part of their holiday experience. It includes guiding guests from one part of the hotel to another. The rape and assault of the appellant amounted to a failure to provide that service with proper care.

Appellant and her husband (“Mr and Mrs X”) entered into a contract with the respondent tour operator (“Kuoni”) under which Kuoni agreed to provide a package holiday in Sri Lanka which included return flights from the United Kingdom and 15 nights all-inclusive accommodation.

Appellant while making her way through the grounds of the hotel reception, came upon a hotel employee, N, who offered to show the appellant a shortcut to reception.

N lured her into the engineering room where he raped and assaulted her.

The issues before the Supreme Court:

On further appeal to the Supreme Court, there were two main issues.

Issue 1: Did the rape and assault of Mrs X constitute improper performance of the obligations of Kuoni under the package travel contract?

It is an integral part of the services to be provided on a holiday of such a standard that hotel staff provide guests with assistance with ordinary matters affecting them at the hotel as part of their holiday experience. In Court’s view, guidance by a member of the hotel’s staff of Mrs X from one part of the hotel to another was clearly a service within the “holiday arrangements” which Kuoni had contracted to provide.

Hence, being accompanied to reception by a member of the hotel staff was a service falling within the scope of the holiday arrangements which Kuoni contracted to provide and the rape and assault committed by N on Mrs X was improper performance of that contract.

“…in view of the objective of ensuring a high level of consumer protection, the obligations arising from a package travel contract could not be interpreted restrictively.”

Further, elaborating more on the analysis, Court stated that Kuoni cannot invoke the exemption from liability established by the third indent of article 5(2) of the Directive or the corresponding provision in regulation 15(2)(c)(ii) of the 1992 Regulations, which implement the Directive, as a defence to a claim for improper performance of obligations under the package travel contract because that improper performance was caused by the acts of N, an employee of the hotel which was a supplier of services performing those obligations. Kuoni is liable to Mrs X under regulation 15 of the 1992 Regulations.

Kuoni is liable to Mrs X for breach of the package travel contract.

Supreme Court took a broader view of the scope of obligations undertaken by an operator under a package travel contract.

The obligations not only include provision of transport, accommodation and meals but also other services ancillary thereto which are necessary for the provision of a holiday of a reasonable standard.

Court held that N’s guiding Mrs X from one part of the hotel to another clearly fell within the scope of the obligations undertaken by Kuoni under its package travel contract with Mr and Mrs X.

Hence, Kuoni was liable to Mrs X both under the 1992 Regulations and for breach of contract, as the services it undertook to provide were not provided with care and skill by an employee of the hotel which was a supplier of the services.

“…a tour operator is liable for the non-performance or improper performance of the obligations it has undertaken where those failures are the result of acts or omissions of employees of suppliers of services performing those obligations.”

Offence under Section 135 of Electricity Act not a dispute private in nature; quashing of FIR would be misplaced sympathy: Delhi HC 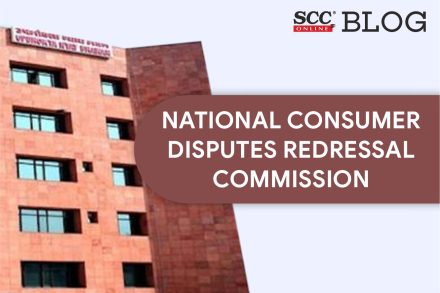 Offer of possession of apartments without the amenities promised and arbitrary deduction of earnest money; Read to know whether NCDRC found Mahindra Homes liable for deficient service?