The High Court of Justice: The instant claim was brought by Performing Right Society Ltd. against Qatar Airways for global copyright infringement. The question before Deputy Master Francis was whether there should be an order for extended disclosure and if so then the extent of such an order; the Court observed that for the instant case, it is appropriate to issue Extended Disclosure, but such order should be limited to outward-facing advertising and other promotional materials.

As per the facts, the dispute revolved around the in-flight entertainment system known as Oryx One which Qatar Airways operates on its flights worldwide, together with two complementary apps known as the Oryx One Play App and the Oryx One App, through which Qatar Airways provides its passengers with entertainment services and access to a wide range of entertainment content, including music, films, television shows and games. PRS claimed that the content which Qatar Airways makes available through the Services includes many thousands of musical works to which it is the assignee of the worldwide performing rights (referred to as “Repertoire Works”) and that in making such content available to its passengers without licence from PRS, Qatar Airways has infringed those rights. Thus PRS sought injunctive relief to restrain the infringement and damages.

The claim engaged not only UK and Qatari copyright law, but also the laws of many other territories from where Qatar Airways flights take off and land, and also of those territories over which its flights pass in transit.

The PRS contended that Qatar Airways makes all such content available to its passengers by an on-demand streaming service accessible through its Oryx One Play app which it states can be downloaded by passengers onto and used on both personal electronic devices (phones and tablets) and laptops in advance of their flight. The PRS further put forth that it has identified various issues for disclosure under section 1A of the Disclosure Review Document in relation to the preliminary issues trial, together with the Models for Extended Disclosure which it contends to be appropriate.

Analysing the aforementioned issues (mainly 3 and 4 which concerned the Oryx Play App), the Court observed that the in-flight entertainment system operated by Qatar Airways enables content to be made available to passengers when on the aircraft by means of individual on-board touch screens located in front of the passenger and headphones connected by a socket in the passenger’s seat. The Court noted that the Performing Right Society might be justified in seeking in seeking disclosure (under Model C of their DRD) of outward-facing advertising and other promotional materials used by Qatar Airways to sell its flights to see the extent to which the in-flight entertainment system is promoted as a selling point. “Whilst it may be reasonable and proportionate for there to be an order for search-based disclosure of documents within the former class, I do not consider it would be reasonable or proportionate for that to be extended to documents of the latter class”.  [Performing Right Society Ltd. v. Qatar Airways Group, [2021] EWHC 869 (Ch), decided on 13.04.21] 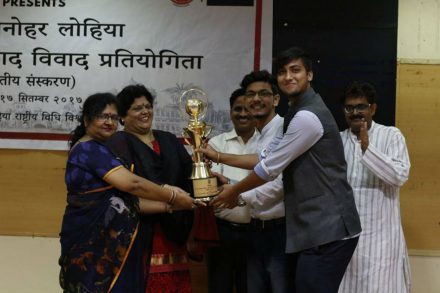 SpiceJet Airlines directed to compensate for lost luggage of passenger