Karnataka High Court: A Division Bench of Abhay S. Oka CJ. and Ashok S. Kinagi J., while partly allowing the present petition, discussed the powers and obligations of the State Election Commission and the limited intervention of the State Government in exercise of such powers.

By this petition under Article 226 of the Constitution of India, the petitioners have sought a writ of mandamus for enjoining the second respondent; the State Election Commission (for short ‘SEC’) to conduct elections to 6015  Grama Panchayats in the State of Karnataka before the expiry of five years term, as provided in clause (3) (a) of Article 243E of the Constitution of India. Apart from seeking the Writ of Mandamus, the challenge is also made against the order passed by the SEC on 28-05-2020, postponing the elections to all the Gram Panchayats in the State, owing to an ‘extraordinary situation’ created by the spread of COVID – 19. In its statement of objections filed on 30-06-2020, the SEC relied on the case of Kishansing Tomar v. Municipal Corporation of Ahmedabad, (2006) 8 SCC 352, where it was held by the Supreme Court that certain man-made calamities or natural calamities, which could prevent the authorities from holding elections can be treated as ‘exceptional circumstances’. It was then pleaded that COVID – 19 has created such extraordinary circumstances, that calls for postponement of the elections. Additional objections were filed to reiterate that all steps taken were in compliance with the statutory powers of the SEC and that there is no intention of delaying the elections for an undefined period. The State Government, echoing the same stand in its affidavit said, that there will be approximately 2,95,64,498 voters in the Grama Panchayat elections and the number of candidates may  be around 2,50,000. There is a likelihood of candidates and voters not strictly following the social distancing norms and failing to comply with the other standards released by the Ministry of Health, and therefore, it shall be in the interest of the public health and governance, to postpone the conduct of elections for the time being.

Shri Ravivarma Kumar, Senior Counsel appearing for the petitioners has referred to 73rd Constitutional Amendment. He pointed out that the entire object of the amendment was to ensure that the State  Government should not interfere with the local self-government and Panchayats. He further invited the Court’s attention to Article 243K of the  Constitution of India which lays down that the SEC is vested with the powers of superintendence, direction, control and preparation of electoral rolls as well as the conduct of elections of the Panchayats.

K. N. Phanindra, Senior  Counsel appearing for the SEC submitted that fixing of the schedule of elections and issuance of the calendar of events is within the exclusive domain of the SEC and it is an independent power of the SEC. He submitted that when it comes to elections to Panchayats and Municipal bodies, the SEC enjoins the same status as that of the Election Commission of India. He further pointed  out the steps taken by the SEC in this regard and submitted that tentative schedule of election has already been produced in a sealed cover along with the memo. He pointed out that in the meeting held between the SEC and the executive authorities, the majority of the Deputy Commissioners were of the view that elections should be held during November or  December, 2020.

Shri Prabhuling K. Navadgi, Advocate General for the State relied on the decision of the Supreme Court in K.S. Puttaswamy (Privacy-9J) v. Union of India, (2017) 10 SCC 1, and Navtej Singh Johar v. Union of India, (2018) 10 SCC 1, arguing the need to achieve a balance between compelling State Interest and public health and the concept of Transformative Constitutionalism.

Drawing difference between the powers of SEC and the State Government with respect to conduct of elections, the Court observed, “The SEC is an independent body created under the Constitution and the SEC must function independently of the State Government in exercise of its powers of superintendence, direction and control of Panchayat elections. The State Government has no control over the SEC in these matters. In fact, as held in the case of Kishansingh Tomar, the State is duty bound to abide by the directions of the SEC in the same manner in which it is under a mandate to follow the directions issued by the Election Commission of India during the election of Parliament and State Legislature.  In  fact, the  SEC while conducting elections of panchayats or Municipalities enjoys the same status which is enjoyed by the Election Commission of India for conducting elections for Parliament and State Legislature.”

With respect to the discretionary power of the SEC to decide of ‘exceptional circumstances’ to postpone the elections, the Court remarked, “(…)it is for the SEC to take a call and take a decision at its discretion on the existence of the exceptional circumstances. But SEC cannot altogether ignore the constitutional mandate. To meet  a  particular  contingency, the SEC can hold elections in a phase-wise manner.”

Gau HC | Wife who leaves matrimonial home on her own, but under compelling circumstances, is entitled to maintenance under S. 125 CrPC 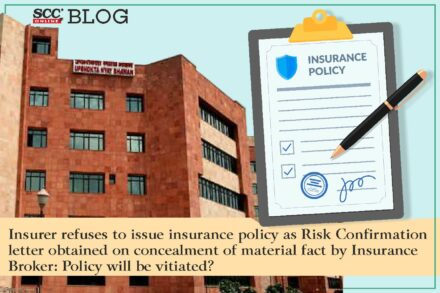