Rajasthan High Court: P.K. Lohra, J. granted bail and suspended the sentences of the applicant passed by the District Judge.

In the present facts of the case, the petitioner was accused and convicted of offences for an attempt to murder and wrongful restraint by the Additional District Sessions Judge, Bhadra and was handed down the maximum sentence of seven years of imprisonment for the serious offences.

The Counsel representing the applicant, K.R. Bhati prayed for suspension of sentences and submitted that the accused had remained in the custody for a period of four years and eight months out of the total period of seven months of sentence and the final appeal shall not take place in the near future, hence should be granted bail.

The Public Prosecutor for the State, R.R. Chhaparwal, denied and opposed the application for suspension of sentence.

The Court upon perusal of the arguments, facts, and circumstances of the case, granted bail and suspended the sentences passed by the Additional District Judge. The Court stated that the present application is the second application for suspension of sentence and the applicant had already served prolonged incarceration, hence until and unless the appeal has been finally disposed of the applicant shall be released on bail upon executing a personal bond of an amount along with two sureties. The Court also directed the applicant that he shall be present at all times until the appeal is finally disposed of.[Sandeep v. State, 2019 SCC OnLine Raj 2499, decided on 29-08-2019]

Complete dismantling and further re-making amounts to manufacture; appellant was not required to reverse Cenvat credit under Section 16(2) of Central Excise Rules: CESTAT 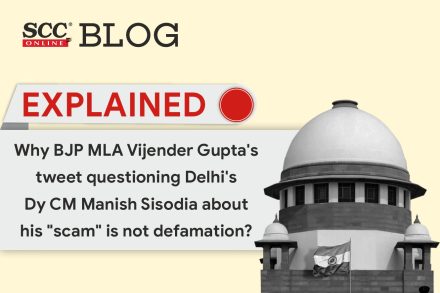