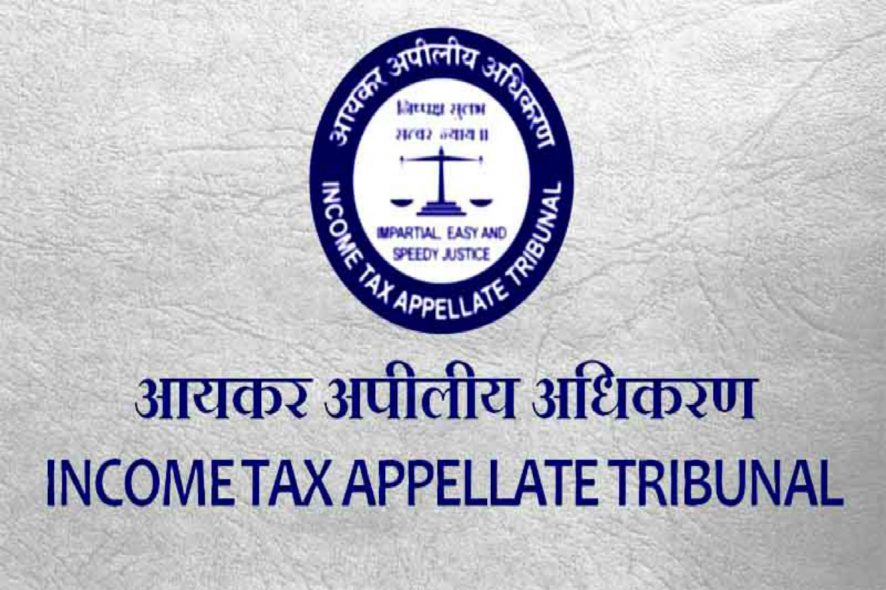 Income Tax Appellate Tribunal (ITAT), Bangalore: The coram of N.V. Vasudevan (Vice President) and Padmavathy S. (Accountant Member), considered the instant appeal, wherein, the issue that came to the forefront was when can a loss due to embezzlement, be allowed as a deduction during computation of income tax. It was held that the loss should be allowed as a deduction in the year in which the embezzlement was discovered.

Facts and Submissions: Relating to the Assessment Year 2011-12, the matter concerned a District Central Co-operative Bank [Assessee]. The assessee had been conducting the banking business governed by Karnataka State Co-operative Societies Act, 1959 and the rules and regulations of NABARD and RBI Guidelines for Banking activities. The assessee had debited an amount of Rs.7,50,99,000/- as provision for misappropriation in the P&L [profit and loss] account and computed income from business after such deduction.

The assessee had reduced this amount from loans and advances in the balance sheet. It was explained by the assessee that the Co-op Department of Government of Karnataka conducted an enquiry on misappropriation in one of assessee’s branch at Honalli. The assessee submitted that a fraud occurred in the bank and was under enquiry by the Co-operative Societies Enquiry Office as per the provisions of S. 64 of Karnataka Co-operative Societies Act, 1959. It is very difficult to recover the amount misappropriated, as such a recovery depends upon the enquiry report as per the afore-mentioned provision.

The Assessing Officer [A.O.] however, had a contrary opinion after examining the assessee’s claim and held that there was a reasonable prospect of getting the misappropriated amount back since, the bank has already attached the assets of the persons who indulged in fraud.

Aggrieved by the order of the AO, the assessee preferred appeal before the Commissioner Income Tax (Appeals). The CIT(A) deleted the addition made by the AO and held that the assessee is entitled to claim deduction of bad debts purely based on mere write- off. Aggrieved by this decision, the Revenue preferred the instant appeal.

Observations and Decision: Upon perusing the facts and submissions, the Tribunal observed that the CIT(A) had proceeded on an erroneous presumption that the sum claimed as a deduction was on account of write- off bad debts; the presumption being factually wrong because it was a case of embezzlement by the employee of the assessee which resulted in a loss to the bank.

The Tribunal then pointed out that neither A.O. nor the CIT (A) had considered a crucial question as to when a deduction on account of a loss due to embezzlement can be allowed as a deduction. The Tribunal noted that the Central Board of Direct Taxes issued a Circular- No. 35-D (XLVII-20) [F. No. 10/48/65-1T(A-0], dt. 24-11-1965, which specifically pertains to the query raised by the Tribunal. Upon examining clause-1 of the Circular, the Tribunal pointed out that loss due to embezzlement by employees should be treated as a loss incidental to business.

It was thus noted by the Tribunal that there is no doubt that the assessee suffered a loss on account of embezzlement, in the sense that a fraud was carried out in one of its branches. Therefore, as per the afore-mentioned CBDT Circular, the loss by the assessee should be allowed as a deduction.

The Tribunal decided that since the above aspect was not examined by anyone involved in the matter (assessee or A.O. or CIT), it is appropriate that the A.O. considers the matter afresh in the light of the referred CBDT circular, only on the question as to in which year the loss has to be allowed as a deduction. The Tribunal also directed the A.O. to allow deduction in the year in which the embezzlement by the employee was discovered by the assessee.

The appeal of the Revenue was allowed for statistical purposes.

Suresh Muthukrishnan, CA, for the Assessee.

Punjab and Haryana High Court:  This writ petition was filed before the Bench of Jitendra Chauhan under Articles 226 and 227 of the Constitution of India for directing the State to take appropriate action against respondents under Sections 51 and 53 of the Haryana Panchayati Raj Act, 1994.

Petitioner, Panch filed an application against the respondent for embezzlement of panchayat funds in connivance with other respondents whereby enquiry was initiated against him but the same was not concluded. Petitioner thus prayed that a direction should be issued to Deputy Commissioner, Hisar to take a final view in the matter within a specified time.

High Court directed the Deputy Commissioner, Hisar to take a final view on the applications within a specified time period without going to the merits of the case. If the benefit claimed by petitioner is admissible to him, in such case consequential benefits should be allowed to them and in case of the contrary, a speaking order to be passed. [Mohar Singh v. State of Haryana, 2019 SCC OnLine P&H 369, decided on 10-04-2019]

Supreme Court: The bench of L Nageswara Rao and MR Shah, JJ held that a man, by virtue of the disciplinary proceedings being dropped, the Appellant becomes entitled to claim full salary for the period from the date of his suspension till the date of closure of the departmental inquiry.

After perusing various judgments, the Court said that the department would become liable for back wages in the event of a finding that the initiation of the criminal proceedings was mala fide or with vexatious intent. It, however, clarified:

“If an employee is involved in embezzlement of funds or is found indulging in demand and acceptance of illegal gratification, the employer cannot be mulcted with full back wages on the acquittal of the person by a criminal Court, unless it is found that the prosecution is malicious.”

Noticing that it was the Appellant who was seeking postponement of the departmental inquiry in view of the pendency of criminal case and that the order of suspension was in contemplation of disciplinary proceedings, the Court said:

“the Respondents took four years to reinstate him by revoking his suspension. The order of suspension dated 23.10.1979 came to an end on 21.03.1983 which is the date on which disciplinary proceedings were dropped. The Appellant ought to have been reinstated immediately thereafter unless a fresh order was passed, placing him under suspension during the pendency of the criminal trial which did not happen.”

The Court, hence, held that the Appellant is entitled for full wages from 23.10.1979 to 21.10.1987 after adjustment of the amounts already paid towards subsistence allowance.

Supreme Court: In the matter where the Court was deciding the question as to whether disciplinary proceedings can be initiated before the closure of recording of prosecution evidence in the criminal case, based on the same facts, the bench of T.S. Thakur, CJ and A.M. Khanwilkar, JJ held that the pendency of the criminal case cannot be the sole basis to suspend the disciplinary proceedings initiated against the respondent for an indefinite period.

In the present case, the criminal trial against the respondent was pending for around 10 years and the Chhattisgarh High Court had stayed the disciplinary proceedings initiated by the appellant bank until the completion of the same based on the reasoning that the respondent may suffer disadvantage and prejudice if she was compelled to disclose her defence in the departmental proceedings, which is likely to be used in the criminal case pending against her. Disagreeing with the aforementioned view of the High Court, the Court said that It is well-settled that there is no legal bar to the conduct of the disciplinary proceedings and criminal trial simultaneously. However, no straightjacket formula can be spelt out and the Court has to keep in mind the broad approach to be adopted in such matters on case to case basis.

Pendency of criminal trial for around 10 years, by no means, can be said to be a reasonable time frame to withhold the disciplinary proceedings. The Court took this view on the principle underlying the former part of the same clause, which envisages that if the Authority which has to start the prosecution refuses/fails to do so within one year from the commission of the offence, the departmental action can proceed. The Court, hence, held that the remedy of writ being an equitable jurisdiction and keeping in mind the larger public interests especially in cases of involvement of the employees of the Public Sector Banks in offence of breach of trust and embezzlement, the principle laid down in Stanzen Toyotetsu India Private Limited vs. Girish V., (2014) 3 SCC 636, where it was held that the departmental proceedings cannot be suspended indefinitely or delayed unduly, should be applied. [State Bank of India v. Neelam Nag, 2016 SCC OnLine SC 946, decided on 16.09.2016]

Supreme Court: Coming down heavily upon the courts granting leniency in matters relating to corruption, the Court held that a legal forum should not allow itself to imagine facts and conceive of perverted situations to brush aside the material brought on record and then for contrived reasons arrive at a conclusion that there was possibly no embezzlement or personal gain.

In the present case where a conductor had allowed 25 passengers to travel in the bus without ticket as if the fare was paid, thereby pocketing the money, the bench of Dipak Misra and P.C. Pant, JJ said that the Labour Court had been swayed away by the concept “forgiveness is the economy of the heart” and dominantly affected by the conception “mercy among the virtues is like the moon among the stars” but had totally ignored the basic principle that when the workman shatters the “institutional trust” and his act has the potentiality to corrode the faith and belief of the employer. It was further held that it is not the quantum per se but the breach of trust with reference to duty and obligation of the employee that must be the edifice of consideration for imposition of punishment.

Holding that the Labour Court and High Court, both, have been at error by imposing a lesser punishment on the respondent whereas the only punishment, on establishment of the charges which have been accepted by the labour court, should have been dismissal and not a lesser one, the Court termed the respondent’s act as reprehensible and further said that he had harboured the notion that when the cancerous growth has affected the system, he can further allow it to grow by covering it like an octopus, with its tentacles disallowing any kind of surgical operation or treatment so that the lesion continues. Restoring the dismissal order by the Corporation, the Court held that the respondent did not deserve any leniency. U.P. State Road Transport Corp. v. Gopal Shukla, 2015 SCC OnLine SC 791, decided on 01.09.2015