Income Tax Appellate Tribunal (ITAT), Bangalore: The coram of N.V. Vasudevan (Vice President) and Padmavathy S. (Accountant Member), considered the instant appeal, wherein, the issue that came to the forefront was when can a loss due to embezzlement, be allowed as a deduction during computation of income tax. It was held that the loss should be allowed as a deduction in the year in which the embezzlement was discovered.

Facts and Submissions: Relating to the Assessment Year 2011-12, the matter concerned a District Central Co-operative Bank [Assessee]. The assessee had been conducting the banking business governed by Karnataka State Co-operative Societies Act, 1959 and the rules and regulations of NABARD and RBI Guidelines for Banking activities. The assessee had debited an amount of Rs.7,50,99,000/- as provision for misappropriation in the P&L [profit and loss] account and computed income from business after such deduction.

The assessee had reduced this amount from loans and advances in the balance sheet. It was explained by the assessee that the Co-op Department of Government of Karnataka conducted an enquiry on misappropriation in one of assessee’s branch at Honalli. The assessee submitted that a fraud occurred in the bank and was under enquiry by the Co-operative Societies Enquiry Office as per the provisions of S. 64 of Karnataka Co-operative Societies Act, 1959. It is very difficult to recover the amount misappropriated, as such a recovery depends upon the enquiry report as per the afore-mentioned provision.

The Assessing Officer [A.O.] however, had a contrary opinion after examining the assessee’s claim and held that there was a reasonable prospect of getting the misappropriated amount back since, the bank has already attached the assets of the persons who indulged in fraud.

Aggrieved by the order of the AO, the assessee preferred appeal before the Commissioner Income Tax (Appeals). The CIT(A) deleted the addition made by the AO and held that the assessee is entitled to claim deduction of bad debts purely based on mere write- off. Aggrieved by this decision, the Revenue preferred the instant appeal.

Observations and Decision: Upon perusing the facts and submissions, the Tribunal observed that the CIT(A) had proceeded on an erroneous presumption that the sum claimed as a deduction was on account of write- off bad debts; the presumption being factually wrong because it was a case of embezzlement by the employee of the assessee which resulted in a loss to the bank.

The Tribunal then pointed out that neither A.O. nor the CIT (A) had considered a crucial question as to when a deduction on account of a loss due to embezzlement can be allowed as a deduction. The Tribunal noted that the Central Board of Direct Taxes issued a Circular- No. 35-D (XLVII-20) [F. No. 10/48/65-1T(A-0], dt. 24-11-1965, which specifically pertains to the query raised by the Tribunal. Upon examining clause-1 of the Circular, the Tribunal pointed out that loss due to embezzlement by employees should be treated as a loss incidental to business.

It was thus noted by the Tribunal that there is no doubt that the assessee suffered a loss on account of embezzlement, in the sense that a fraud was carried out in one of its branches. Therefore, as per the afore-mentioned CBDT Circular, the loss by the assessee should be allowed as a deduction.

The Tribunal decided that since the above aspect was not examined by anyone involved in the matter (assessee or A.O. or CIT), it is appropriate that the A.O. considers the matter afresh in the light of the referred CBDT circular, only on the question as to in which year the loss has to be allowed as a deduction. The Tribunal also directed the A.O. to allow deduction in the year in which the embezzlement by the employee was discovered by the assessee.

The appeal of the Revenue was allowed for statistical purposes.

Suresh Muthukrishnan, CA, for the Assessee. 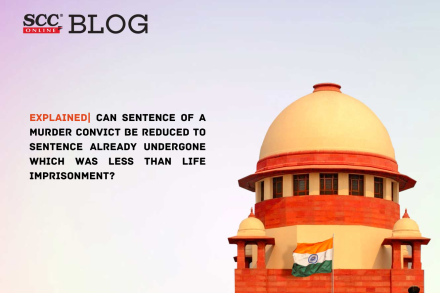 Explained| Can sentence of a murder convict be reduced to sentence already undergone which was less than life imprisonment?

By Prachi Bhardwaj Published on September 6, 2022

No reduction in fine imposed under Section 92(5) of Companies Act as Directors not disclosing their accounts: NCLAT