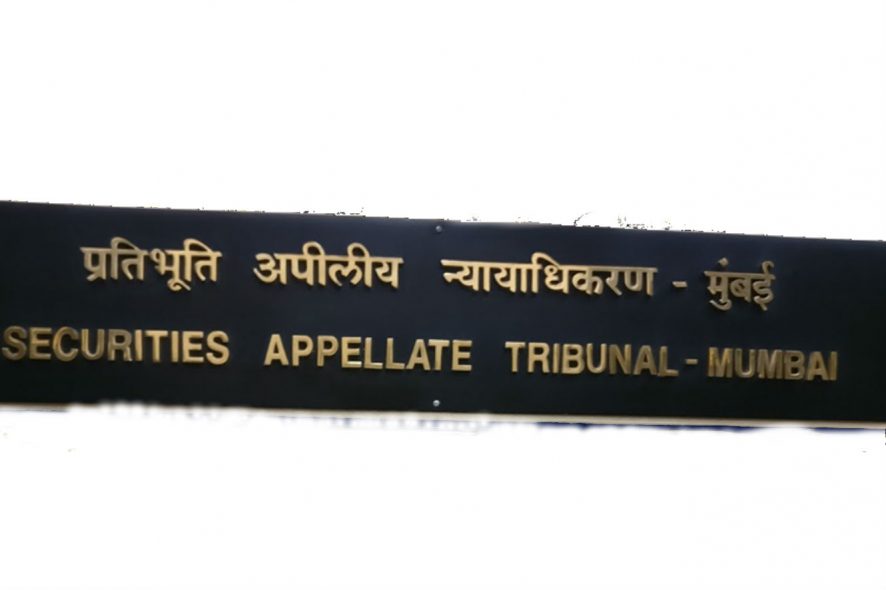 Securities Appellate Tribunal (SAT): A Division Bench of Justice Tarun Agarwala, (Presiding Officer) and Dr C. K. G. Nair (Member), upheld the order passed by Securities and Exchange Board of India (SEBI) for rejecting the representation filed by the appellants.

SEBI passed an order in 2015 holding that “Kalpbut Real Estate Limited” was engaged in operating Collective Investment Scheme (CIS) by mobilizing funds from the public in contravention of Section 12(1B) of the Securities and Exchange Board of India Act, 1992 and consequently, in order to protect the interest of the investors in the securities market, SEBI directed the company and its directors to wind up the collective investment schemes and refund the money collected within the period of three months.

This order was challenged before the Tribunal which was disposed of on the strength of the submission made by the appellants that irrespective of the fact as to whether their scheme was CIS or not, the appellants were willing to refund the amount to the investors. On the basis of this statement, in 2017 the Tribunal permitted the appellants to make the representation setting out in details the names of the investors and quantum of the amount already refunded and the mode and the manner in which the balance amount would be refunded.

This list of payments made did not indicate the manner and the mode of repayment and consequently, SEBI directed the appellants to provide details of the manner in which the payments were to be made. Since no details were supplied, the representation of the appellants was rejected in 2019. The appellants filed an appeal to challenge this.

Tribunal was of the opinion that the list which was perused by SEBI only had the date and the amount mentioned in it. There were no details as to how that amount was to be paid, viz, by way of cash or by cheque or by RTGS, etc., was not indicated. Specific details were asked by SEBI, but the same was not done. Thus, the list came into scrutiny. Further, nothing was indicated with regard to the mode and the manner in which the balance amount would be refunded.

Therefore, the Tribunal held that the representation filed by the appellants was rightly rejected and that there was no error of law made by SEBI in rejecting the same.[Kalpbut Real Estate Ltd. v. Securities and Exchange Board of India, 2019 SCC OnLine SAT 164, decided on 22-08-2019]

TDSAT | Migration of Cellular Mobile Telephone Service license to Unified License of Aircel Ltd; held, should not be rejected on grounds of misrepresentation of authority