Jharkhand High Court: Anil Kumar Choudhary, J. disposed of an interlocutory application filed under Section 378(4) of the Code of Criminal Procedure, 1973 for special leave to file the acquittal appeal.

Sunita Kumari, learned counsel for the appellant, submitted that the trial court did not appreciate the evidence of the witnesses of the complaint properly. She added that since the deposition of the witnesses was recorded after ten years of lodging the complaint, some discrepancies would exist in the time and year mentioned and that the trial court relied upon these contradictions when it acquitted the accused persons. She contended that due to the long lapse of time, the witnesses of the complainant missed in testifying about the parts of the incidents mentioned in the complaint. However, the same could not be a circumstance due to which the entire case of the complainant was disbelieved. She maintained that the court had made an error by considering that her reasons for lodging the complaint were that she was neither ready nor willing to go to her matrimonial house and that she had inherited property from her father. The counsel asserted that the appellant should get special leave to present this appeal.

Praveen Kr. Appu, learned counsel on behalf of the respondents, defended the impugned judgment. He submitted that the trial court had correctly appreciated the evidence on record, had kept in view the discrepancies in the deposition of the witnesses and had rightly disbelieved the complainant. Resultantly, the impugned judgment did not require the interference of the Court in the exercise of its appellate jurisdiction, particularly when the impugned judgment was of acquittal of accused persons. Consequently, the special leave to present this appeal should not be granted to the appellant.

The Court observed that the trial court had taken into account all the contradictions in the depositions of the witnesses and had made a record of the same.  It also noted the “lack of specific evidence regarding any occurrence having been taken place about the incident mentioned in para-12 of the complaint regarding which there is specific allegation made in the complaint”. It relied on the case of State of U.P. v. Wasif Haider, (2019) 2 SCC 303, where it was held that the appellate court would only interfere where there existed perversity of facts and law. Hence, the court held that this was not a fit case where a special appeal could be granted to the appellant. Therefore, the interlocutory application was rejected on the basis of lack of merit and the acquittal appeal was also dismissed.[Nazma Khatoon v. State of Jharkhand, 2019 SCC OnLine Jhar 771, decided on 04-04-2019]

Reported By Editor Published on August 19, 2022

[Day-4] Sabarimala Temple| If a person has a belief, it is not for a secular Judge to sit in judgment of that belief: AM Singhvi

Allahabad High Court | [Article 21] Right of dignified life not only available to a living person but also to the ‘dead’; State directed to publicize Scheme/Standard Operating Procedure for cremation 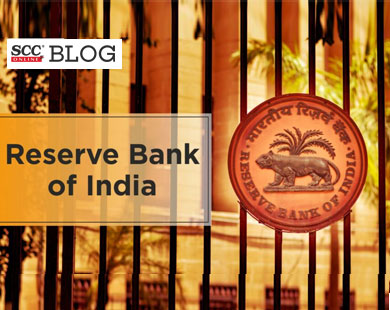