NUJS Legal Aid Society in association with the ODRways—a platform committed to propagating the idea of alternate dispute resolution through ‘Mediation’ which brings together clients and mediators in real-time, organized a Conference on the theme of Increasing Access to Justice in West Bengal, which will see hundreds of students from over 20 law schools spread across the state to engaging with peers on the issue. This event also promises to be an amazing platform for them to put forth their proposals and present them to a panel of legal luminaries comprising Partners at Law firms and members of the Judiciary. The event will be presided over by Hon’ble Justice Protik Prokash Banerjee, Kolkata High Court and Mr. Rahim Shamji, Founder of ADR-ODR London. This event will also be a formal Press Release of the Report on the pan-India Mediation Drive called the ‘Indian Mediation Week‘ held from 11-17 September, 2017.

Pranjal Sinha and Akshetha Ashok, students at NUJS and Chief-Coordinators of IMW briefed the audience about the event and gave a little background about the IMW event which. “54 percent of Indian population does not know about mediation, they either confuse it with meditation or arbitration. How problematic it is not know that there are other ways to access justice other than having to knock at Courts’ doors? Awareness had to be the key. We came across Mediators who were willing to provide mediation sessions free of cost every weekend. The next step was to get people.” In three months this movement received support in the form of partnerships with 15 national institutions and 3 international institutions, and sensitized over ten thousand people.

“As students we do have limited resources, but the least we can do is let people know there is a process called mediation, and it is a beautiful process. Let us join hands and tell people “Suljhao Magar Pyaar se”, Akshetha asked of the audience.

Justice Protik Prokash Banerjee, who inaugurated the event went on to observe, “The problem with law is we can’t do justice unless cases come before us, and cases only come forth when you have resources to fetch lawyers and the court is not in a bad mood”.

“As law students you must provide access to rule of law to ordinary people, and for that you do not need to put on black robes and approach the court, it also entails conversing with two parties in conflict and reaching a solution agreeable to both, enforceable by law. This is called mediation.”

Rahim Shamji, Founder of ADR-ODR, an international alternate dispute resolution institution noted, “In India what I have noticed is all a person has in the name of solving a problem is—a hammer, and when you have a hammer in your hand every problem you have is a nail, and all you can do with the hammer is to hit it as hard as you can. If Litigation is the only way to resolve disputes, it only leaves the parties to fight. The mediation process is growing underground and over-ground, and if we as members of the legal community, do not participate in the process, I believe we are providing a disservice to the society. I believe in future, lawyers would not only be known as litigators but dispute resolution specialists.” He also congratulated the IMW team for this amazing initiative and that he looks forward to this movement reaching new heights in India.

A Senior Professor at Amity Law School, Kolkata noted that only way to propagate Mediation would be take the concept away from Litigation, and the process should start early. As educationists and teachers, young students should be indoctrinated with the importance of amicable dispute resolution. Mr. Rahim Shamji also mentioned how this process is already on ground in Europe, where young kids are taught to mediate playground quarrels, he went on to say that India must also endeavor to replicate a model that allows young minds get accustomed to mediation as the first option instead of litigation.

Subsequently, the panelists also took time to engage with the audience, and answered their questions on the subject. Finally the moment, the participants were waiting for arrived, when the best idea among the numerous entries was announced. Ishita Dutta from Amity Law School, Kolkata took away the prize for the best idea at the event. The function ended with a vote of thanks delivered by two volunteers of the IMW Team, who recounted their eventful journey as part of the Team. One of them highlighted our long familiarity with the problem of having a huge backlog of cases in the Indian Courts, and added that now is time, we take our first step towards resolving it, and the huge success of IMW suggests that perhaps, Mediation is the way to go about it. 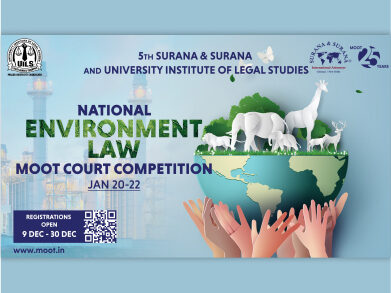 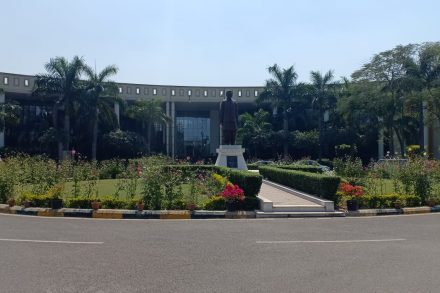 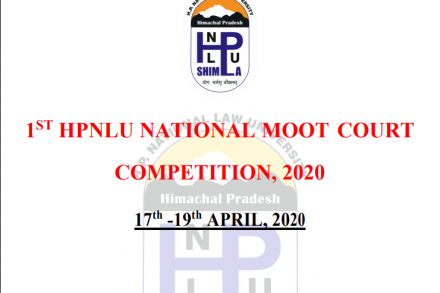