Instant appeal was filed under Section 19 of the Consumer Protection Act, 1986 challenging the decision of the State Consumer Disputes Redressal Commission.

In respect of the 4th policy, it was objected that the claim was on the ground that the death was not accidental but a case of suicide, falling under the exceptions to the policy, and the claim was declined.

Insurance Company argued that the three policies were concealed while taking the fourth policy i.e. the subject policy.

Commission agreed with the appraisal and reasoning of the State Commission’s findings that in the instant case non-disclosure of the previous policies by the life assured was not fatal to the claim.

Another argument made by the Insurance Company was that the life assured had committed suicide which fell under the exception clause of the policy, that it was not a case of accidental death. Further, the insurance company reported that the injuries on the deceased were only possible in cases of a suicide death.

Police in its Inquiry Report had concluded that the cause of the accident due to rail accident could not be ruled out.

The insurance company had raised the objection of suicide based on the “medico-legal” report of a private agency, prepared on perusal of the documents on record, after about one year of the incident.

It was further noted that there was no evidence on record that the Insurance Company made a police complaint or filed a complaint before the competent judicial magistrate that a false case of accidental death had been made out for a wrongful gain when the death was by suicide, or that any remedial action in case of the other three policies settled earlier was subsequently undertaken, or any disciplinary action against its functionaries responsible for settling the earlier three policies was taken.

Commission stated that weighing the evidence in its totality, the eventuality of the death being accidental cannot be ruled out and the benefit of preponderance of probability goes to the complainants.

Hence, State Commission erred in placing reliance on the report of a private agency engaged by the Insurance Company while ignoring the complete spectrum of evidence in the matter.

Therefore, the Insurance Company wrongly withheld the claim in respect of the subject policy.

Bench directed the Insurance Company to settle the claim of the subject policy with interest at 9% per annum.

For the undue harassment and the loss and injury caused to the Complainants and for the inconsistency and arbitrariness in decision making, a cost of Rs. 1 lakh is imposed on the Insurance Co. through its chief executive, of which Rs. 50 thousand shall be paid to the Complainants and Rs. 50 thousand shall be deposited in the Consumer Legal Aid Account of the State Commission.

“…advised to inculcate and imbibe systemic improvements for future, in that there is no inconsistency or arbitrariness in decision-making in identical facts and same points of law.”

Bombay High Court: V.L. Achliya, J., while addressing the issue with regard to the interest on compensation awarded in a motor accident case, observed that,

“…discretion vests with the tribunal to award the interest at ‘such rate’ and from ‘such date’ over the compensation awarded.”

Appellants being aggrieved by the decision of the Motor Accident Claims Tribunal preferred this appeal with a limited challenge of award of interest.

Claimants presented a claim petition under Section 166 of the Motor Vehicles Act seeking compensation of Rs 2 lakhs on account of the accidental death of the deceased who dies in a motor accident.

At the time of the accidental death, the deceased was earning Rs 6,000 per month.

Claimants assessed the compensation to be payable as Rs 14,51,000 but restricted the claim petition to Rs 2 lakhs.

Motor Accident Claims Tribunal, Parbhani allowed the claim petition and awarded compensation of Rs 3,64,500 [inclusive of NFL] with interest @ 6% per annum from the date of petition till realization.

Being dissatisfied with the quantum of compensation awarded by the Tribunal, the claimants have preferred Appeal.

In the first appeal, Appellate Court had remanded the case to the Tribunal for deciding the same afresh. While remanding the case, Appellate Court observed that the amount already withdrawn by the claimants under the earlier award would be retained by them and the same shall be subject to further order to be passed by the tribunal.

Further, the Tribunal awarded the compensation of Rs 10,22,208 making the respondent liable to pay the same. Tribunal directed that after deducting the compensation amount of Rs 3,64, 500 which was awarded earlier the claimants shall entitle to recover the balance amount with an interest of 6% per annum from the date of passing Award till its realization.

Aggrieved with the interest from the date of passing of the Award the appellants preferred this appeal.

Thus, except the embargo cast upon that interest can not be awarded from the date earlier to date of making claim, no other restrictions have been imposed upon the discretion of the Court/ Tribunal to award interest.

To understand the meaning of Section 171 of the Motor Vehicles Act, Court referred to the decision of the Supreme Court in Abati Bezbaruah v. Geological Survey of India, (2003) 3 SCC 148.

While awarding interest, the Tribunal has to take into consideration the facts and circumstances of individual case.

Adding to the above, Court stated that the only restriction that has been put under Section 171 of the Motor Vehicles Act over the exercise of powers of the Tribunal is not to award interest from the date earlier to fling of claim petition and interest to be awarded to be simple interest.

Hence tribunal’s order is clear and unambiguous and the present appeal was dismissed in light of the same. [Sangita v. Allanur, 2020 SCC OnLine Bom 931, decided on 24-07-2020] 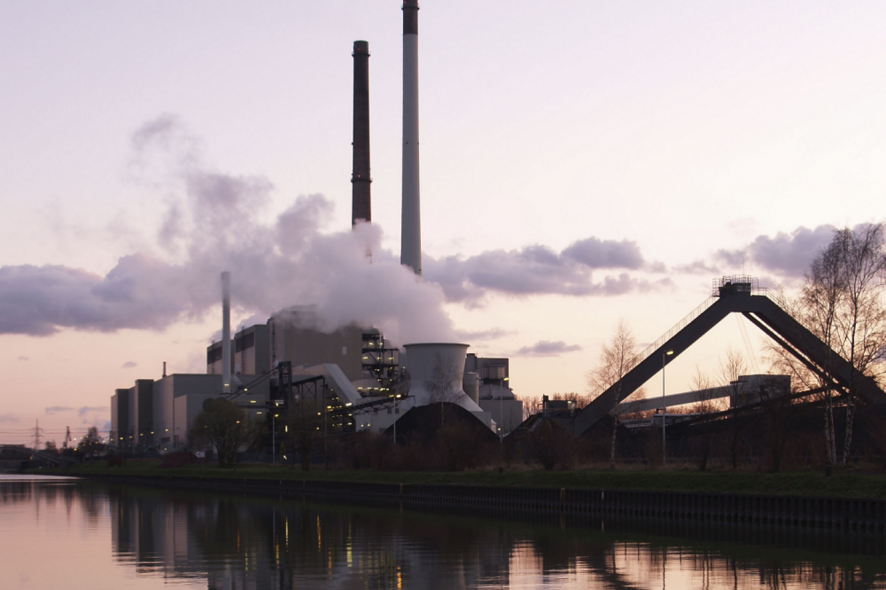 “Putting their lives in danger Coal Indians have performed a tremendous job during Covid pandemic. They are relentlessly doing a good job. That’s why I proudly call them Coal Warriors. I have announced this benefit just to recognize their invaluable service to the nation.”, Shri Joshi said.

The Minister further said that commercial coal mining is going to fuel development in Jharkhand in coming years. Under the commercial auction of 09 coal mines in Jharkhand, the State is expected to earn more than Rs.3,200 crores in 1-year as revenue and almost 50,000 additional employment will be generated for the people of the State. Additionally, Jharkhand’s contribution to DMF will be around Rs 17 crores which can be used for development of regions around coalfield areas.

“Response of commercial mining auction is very good. Specially in Jharkhand we are getting 5 to 10 bidders for almost all of the mines put on auction. The state will get benefited from it and it will chart a new chapter of growth in the state.”, Shri Joshi said.

Stressing upon the need of commencement of commercial coal mining he said India still meets a fifth of its annual coal requirement through imports. Once commercial mining picks up, imports by independent thermal power plants and captive power plants are likely to be substituted, saving in potential import bill of around Rs 30,000 crore per every year. It will help in providing direct and indirect employment to more than 3 lakh manpower.

National Consumer Disputes Redressal Commission (NCDRC): The bench comprising of S.M. Kantikar and Dinesh Singh, Members, while dealing with an appeal filed against the order of State Commission, held that murder of an insured person must be treated as an accidental death if the same is not the result of any deliberate act of the insured himself.

In the instant case, respondent’s father (insured) had taken a personal accident shield insurance policy from the appellant-insurer for an assured sum of Rs 20 lakh which was renewed from time to time. On a particular day, when he did not return home from his office, his family lodged a missing person complaint subsequent to which it came to light that respondent’s father had been murdered by a few persons in relation to some property dispute. Respondent filed a death claim with the appellant but it was repudiated on the ground that the death was not due to an accident but was a case of murder simpliciter. Aggrieved by the repudiation, respondent was constrained to approach the State Commission which directed the appellant to pay Rs 20 lakh along with interest. The said order of State Commission was the subject matter of challenge in the present appeal.

The main question for determination was as to whether the murder that took place in the instant case would fall within the scope of the term ‘accident’.

The Commission perused the insurance policy and noted that nowhere was it mentioned that the appellant would not be liable to pay the amount of insurance in case of murder. Relying upon the judgment of Apex Court in Rita Devi v New India Assurance Company Ltd., (2000) 5 SCC 113, it was observed that if the immediate cause of injury is not a result of any deliberate or willful act of the insured and the occurrence of accident is unexpected on the part of insured then a murder must be counted as an ‘accident’. The Commission also relied on the contra proferentum rule applicable to insurance policies and stated that in case of ambiguities in the insurance policy, interpretation has to be done in favour of the insured.

On the strength of the aforesaid reasoning, it was held that the murder of respondent was an accident within the terms and conditions of the insurance policy. Consequently, the instant appeal stood dismissed and the order of State Commission was upheld. [Royal Sundaram Alliance Insurance Co. Ltd. v Pawan Balram Mulchandani,2018 SCC OnLine NCDRC 377, decided on 25-09-2018]