National Consumer Disputes Redressal Commission (NCDRC): The bench comprising of S.M. Kantikar and Dinesh Singh, Members, while dealing with an appeal filed against the order of State Commission, held that murder of an insured person must be treated as an accidental death if the same is not the result of any deliberate act of the insured himself.

In the instant case, respondent’s father (insured) had taken a personal accident shield insurance policy from the appellant-insurer for an assured sum of Rs 20 lakh which was renewed from time to time. On a particular day, when he did not return home from his office, his family lodged a missing person complaint subsequent to which it came to light that respondent’s father had been murdered by a few persons in relation to some property dispute. Respondent filed a death claim with the appellant but it was repudiated on the ground that the death was not due to an accident but was a case of murder simpliciter. Aggrieved by the repudiation, respondent was constrained to approach the State Commission which directed the appellant to pay Rs 20 lakh along with interest. The said order of State Commission was the subject matter of challenge in the present appeal.

The main question for determination was as to whether the murder that took place in the instant case would fall within the scope of the term ‘accident’.

The Commission perused the insurance policy and noted that nowhere was it mentioned that the appellant would not be liable to pay the amount of insurance in case of murder. Relying upon the judgment of Apex Court in Rita Devi v New India Assurance Company Ltd., (2000) 5 SCC 113, it was observed that if the immediate cause of injury is not a result of any deliberate or willful act of the insured and the occurrence of accident is unexpected on the part of insured then a murder must be counted as an ‘accident’. The Commission also relied on the contra proferentum rule applicable to insurance policies and stated that in case of ambiguities in the insurance policy, interpretation has to be done in favour of the insured.

On the strength of the aforesaid reasoning, it was held that the murder of respondent was an accident within the terms and conditions of the insurance policy. Consequently, the instant appeal stood dismissed and the order of State Commission was upheld. [Royal Sundaram Alliance Insurance Co. Ltd. v Pawan Balram Mulchandani,2018 SCC OnLine NCDRC 377, decided on 25-09-2018] 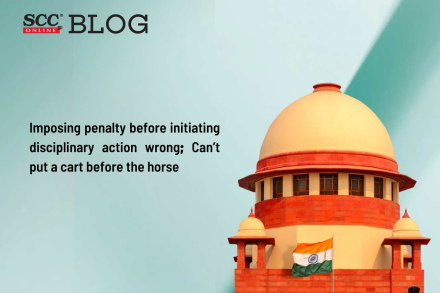 By Prachi Bhardwaj Published on October 26, 2022

If an advertisement regarding scholarship was published in Urdu language, can it be presumed that it was targeted at students belonging to a particular community only? Del HC addresses