Bombay High Court: In a case filed by Atomberg Technologies Private Limited (‘plaintiff’) seeking temporary injunction as Polycab India Limited (‘defendant’) has a blatantly infringed by creating replica and/or reproduction of the overall design, shape, configuration, get-up of the Plaintiff’s Atomberg Renesa Ceiling Fan, R I Chagla, J. granted injunction against defendants as there is prima facie infringement of the Plaintiff’s registered design and passing off is made out as well as the balance of convenience also lies in favour of the Plaintiff and unless the reliefs as prayed is not granted, the Plaintiff will suffer irreparable loss, harm and injury.

Plaintiff is engaged in the creation of the novel and original designs for its products which involve inter-alia making of product drawings based on which mould / tool drawings are made and finally the moulds / tools are built. One of the products manufactured and sold by the Plaintiff is a Ceiling Fan named “Atomberg Renesa Ceiling Fan” which has a unique, innovative, distinctive, original and novel design formerly known as “Atomberg Gorilla Renesa Ceiling Fan” having technically sound and efficient quality and features, but also comprises inter-alia of overall unique, novel and distinctive shape and configuration having attractive and aesthetic appeal which is pleasing to eye of the consumer/ customer. 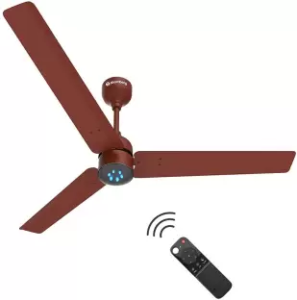 The Court noted that visually the rival goods are nearly identical and prima facie, it appears that the Defendant has blatantly copied, created a replica and/or reproduced the overall design, shape, configuration, get up of the Plaintiff’s Atomberg Renesa Ceiling Fan. The design of the impugned fan is nothing but an imitation of the Plaintiff’s registered design and the adoption and/or use thereof cannot be matter of coincidence and/or honesty.

Chh HC | Whether the ‘bank account’ falls within the term “property” under S. 102 (1) CrPC? HC elaborates in regard to the settled position of law

Del HC | Alt News co-founder alleged to have harassed a minor girl on Twitter: HC directs no coercive action to be taken