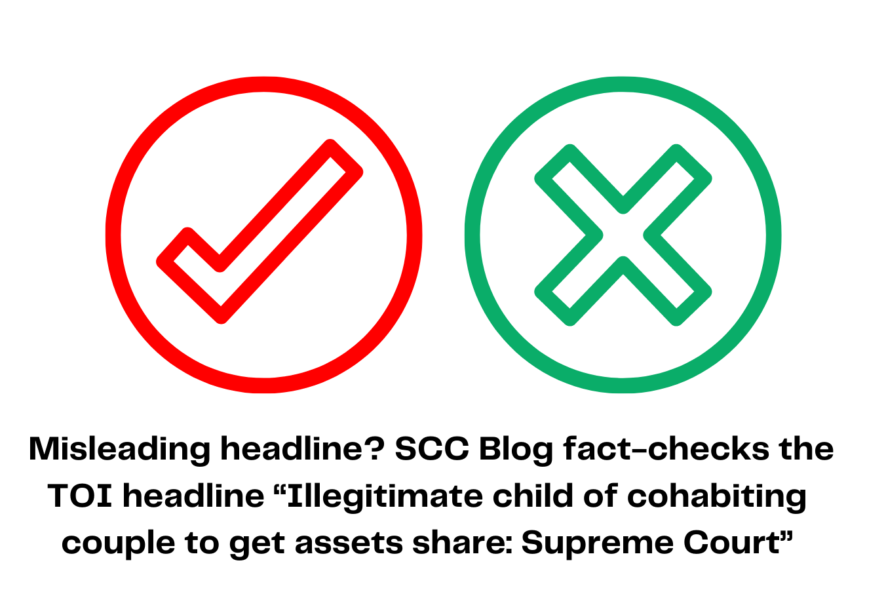 On June 14th 2022, a leading newspaper had published an article with the headline “Illegitimate child of cohabiting couple to get assets share: Supreme Court”. The first paragraph of the article stated

“In an important judgment relating to partition of property among Hindus, the SC on Monday ruled that an illegitimate child of a couple cohabiting for long without marriage would be entitled to a share in the family property.”

A screenshot of the article can be seen below: 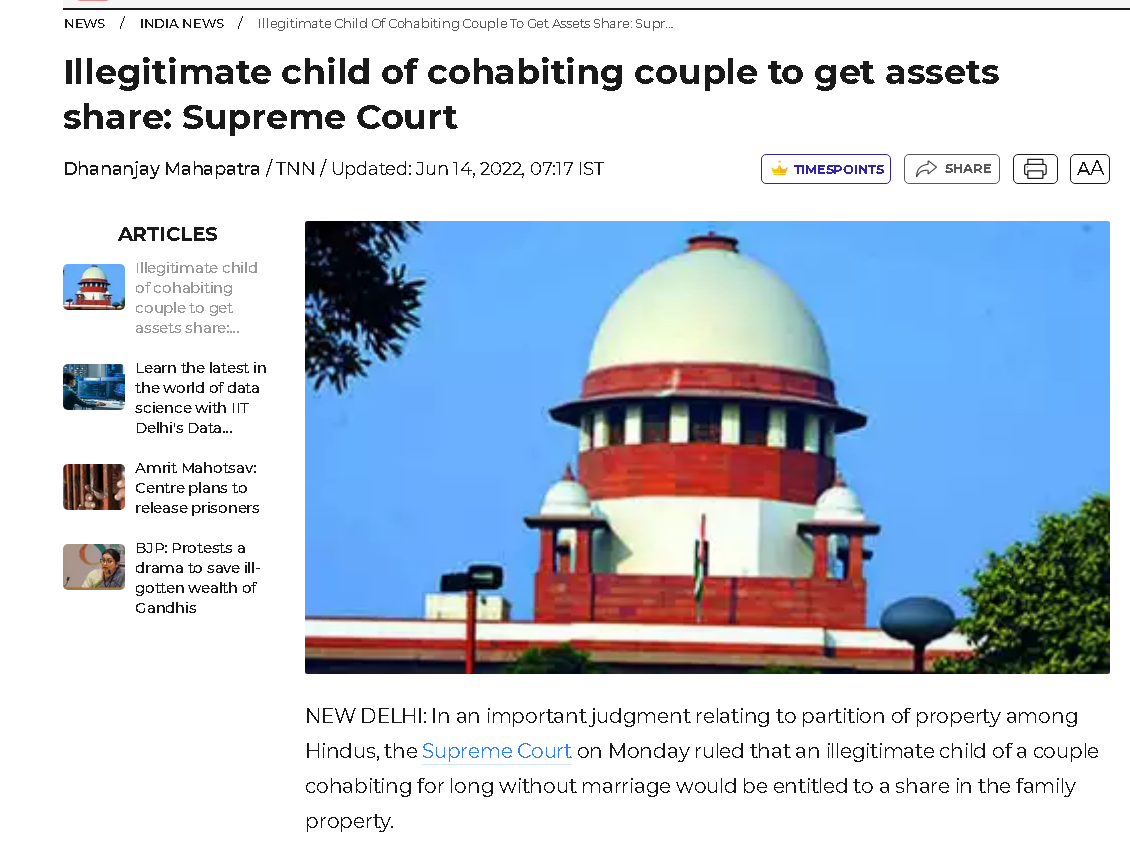 The full article can be read here. On the face of it, it appeared to be a landmark judgement. We searched for the original judgment and read it to analyse it further.

The suit property belonged to a family governed by the Mitakshara Law of Inheritance. The said property originally belonged to one Kattukandi Edathil Kanaran Vaidyar who had   four sons, namely Damodaran, Achuthan, Sekharan and Narayanan. Achuthan had a son. Sekharan and Narayanan did not marry. Damodaran married one Chiruthakutty and they had a son by the name of Krishnan. However, the defendants contended that Damodaran never married Chiruthakutty and hence, by virtue of illegitimacy, Krishnan, the first plaintiff, cannot claim share in the property. The case has been analysed in detail here.

In the judgment, the Court reiterated the settled law that if a man and a woman live together for long years as husband and wife, there would be a presumption in favour of wedlock. Such a presumption could be drawn under Section 114 of the Evidence Act. Although, the presumption is rebuttable, a heavy burden lies on him who seek to deprive the relationship of legal origin to prove that no marriage took place.

Selected extracts from the judgment have been mentioned below:

Mr. V. Chitambaresh submits that the voluminous documents produced by the plaintiffs would show that Damodaran was the father of the first plaintiff and Chiruthakutty was the wife of Damodaran. Since their marriage took place more than 50 years prior to filing of the suit (now 90 years), there is no possibility of having any documentary evidence of their marriage. He has taken us through the various documents produced by the plaintiffs wherein there are references to periodical payments made to Chiruthakutty from the husband’s house. He has also taken us through the evidence of plaintiffs and, the witnesses examined on behalf of the plaintiffs in support of his contention. It is further argued that the documents produced by the plaintiffs were in existence long before any controversies between the parties arose. These documents would conclusively show that the first plaintiff was the son of Damodaran and Chiruthakutty and the contention of the defendants that Damodaran died as a bachelor or without any legitimate son, cannot be believed at all. It is further submitted that the law is in favour of declaring legitimacy, as against bastardy. Long course of living together between a male and female will raise a presumption of marriage between them and the children born in such relationship are considered to be legitimate children. It is further argued that while such presumption, made under Section 114 of the Indian Evidence Act, 1872, is a rebuttable one, as rightly held by the Trial Court that the defendants have not produced any worthwhile evidence to rebut this presumption in the present case.

It is well settled that if a man and a woman live together for long years as husband and wife, there would be a presumption in favour of wedlock. Such a presumption could be drawn under Section 114 of the Evidence Act. Although, the presumption is rebuttable, a heavy burden lies on him who seek to deprive the relationship of legal origin to prove that no marriage took place.

“…where a man and woman are proved to have lived together as man and wife, the law will presume, unless the contrary be clearly proved, that they were living together in consequence of a valid marriage and not in a state of concubinage.”

Therefore, the judgment in this case, bore out of the fact that the defence could not rebut the presumption of marriage between the couple and therefore the question of legitimacy of child did not arise. This is not a landmark case on rights of illegitimate children but a reiteration of a well settled law that a long cohabiting couple will be assumed to be married unless those who question the marriage can prove it otherwise.  The headline and the excerpt mentioned in the screenshot above, is misleading as in this case, the judge merely held that the marriage between the cohabitating people could not be disapproved by the defendants. The Court upheld the Trial Court position that defendants have not produced any worthwhile evidence to rebut the presumption of marriage under Section 114 of the Evidence Act, 1872. Hence, neither the couple was held to be cohabitating “without marriage” nor was the son considered to be “illegitimate”. 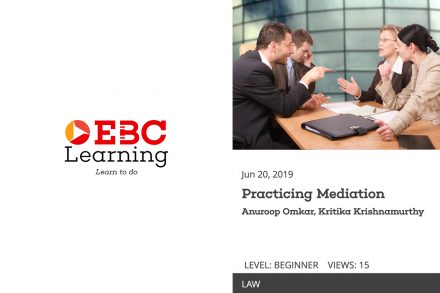