Supreme Court: The 3-judge bench of Dipak Misra, CJ and AM Khanwilkar and Dr. DY Chandrachud, JJ directed the State of Jammu & Kashmir to grant protection to the family members of the 8-year old girl, who had been brutally abducted, raped and murdered in Kathua district of J&K in the month of January 2018. The Court also directed that protection be granted to the Deepika Singh Rajawat, the lawyer representation the victim’s family, and one Talib Hussain, who has been rendering assistance to the victim’s family.

Senior Advocate Indira Jaising had submitted before the Court that there was apprehension in the mind of the father of the victim, that there would be no fair trial inasmuch as there has been protest by the members of the Bar and further there may be issues relating to witness protection. She had told that Court that there should be protection for the victim as well as the lawyer who has a right to protect the interest of the victims in the Court.

CESTAT | Can refund of the IGST paid on the imported goods be demanded when there is no intention to take release of goods? Tribunal answers

Ferrari wins Unregistered Community Design claim; EJC holds no separate discloser of parts of a product require where images of product as a whole already made available to public 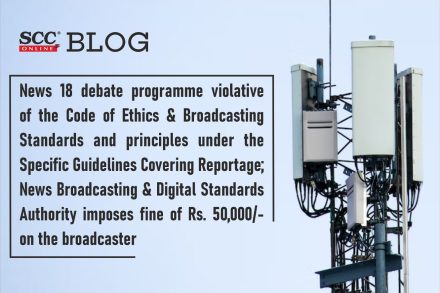 Reported By Editor Published on October 28, 2022