Gujarat High Court: The Single Bench of Sonia Gokani, J. has held that when a wife misuses women-centric laws by declaring completely incorrect facts, the trial court can direct her prosecution, at the time of considering the case, under Section 340 of the Code of Criminal Procedure, 1973.

In the instant case, the petitioner wife had made an application under Section 125 of CrPC seeking maintenance for herself and her son. She had submitted an affidavit, wherein she had declared herself a housewife having no source of income. Later, her husband moved an application to the trial Court contending that his wife was earning Rs. 40,000 per month and had produced false evidence on oath. The trial court, accordingly, directed the initiation of prosecution against the wife under Section 195 read with Section 340 of CrPC for committing offences under Sections 191, 192 and 193 of the Penal Code. The High Court noted that the action can be taken under Section 340 of CrPC when it is expedient in the interests of justice, and the impact on the administration of justice by misuse of women-centric laws would make it expedient for the trial Court to direct the prosecution. The Court further added that the trial court had elaborately discussed the law and applied the said law to the facts to hold that the petitioner has not stated the correct facts on oath. Therefore, the Court refused to interfere with the order. [Sejalben Tejasbhai Chovatiya v. State of Gujarat, 2016 SCC OnLine Guj 6333, decided on October 20, 2016]

Madras HC | Ban Online Games or not? Read HC’s opinion on not entering into such matters. Is it a policy matter? [Detailed Report] 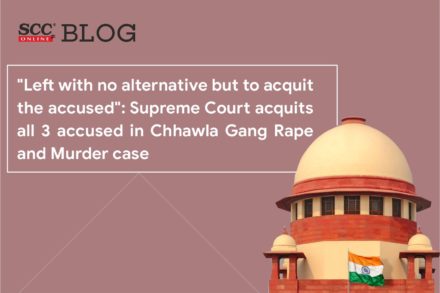 NCDRC | Possession of apartments due in 2016, not handed over till date: Developers directed to refund amount at an interest of 9% per annum