Supreme Court: Explaining the term ‘dividend’ under Section 2(22)(e) of the Income Tax Act, 1961, the Court said that the said provision gives an artificial definition of ‘dividend’ and creates a fiction, thereby bringing any amount paid otherwise than as a dividend into the net of dividend under certain circumstances. Stating that the dividend taken note of by this provision is a deemed dividend and not a real dividend, the Court explained that loan or payment made by the company to its shareholder is actually not a dividend. In fact, such a loan to a shareholder has to be returned by the shareholder to the company. It does not become income of the shareholder.

The Court, however, clarified that for certain purposes, the Legislature has deemed such a loan or payment as ‘dividend’ and made it taxable at the hands of the said shareholder. The conditions required to be fulfilled to attract tax under the said clause are:

The question that came before the bench of Dr. A.K. Sikri and Abhay Manohar Sapre, JJ was that whether in view of the settled principle that HUF cannot be a registered shareholder in a company and hence could not have been both registered and beneficial shareholder, loan/advances received by HUF could be deemed as dividend within the meaning of Section 2(22)(e) of the Income Tax Act, 1961 especially in view of the term “concern” as defined in the Section itself.

The Court noticed that, in the present case, the Karta is, undoubtedly, the member of HUF. He also has substantial interest in the assessee/HUF, being its Karta as he was entitled to not less than 20% of the income of HUF. Hence, it was held that the provisions of Section 2(22)(e) of the Act get attracted and it is not even necessary to determine as to whether HUF can, in law, be beneficial shareholder or registered shareholder in a Company. As per the provisions of Section 2(22)(e) of the Act, once the payment is received by the HUF and shareholder is a member of the said HUF and he has substantial interest in the HUF, the payment made to the HUF shall constitute deemed dividend within the meaning of clause (e) of Section 2(22) of the Act. [Gopal and Sons v. CIT, Kolkata, 2017 SCC OnLine SC 17, decided on 04.01.2017]

Consumer Protection Act, 1986 is not meant to be a tool to obtain wrong gains or to create ‘nuisance value’ 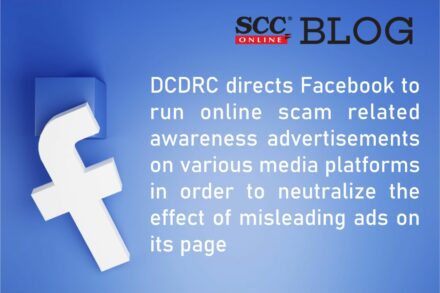