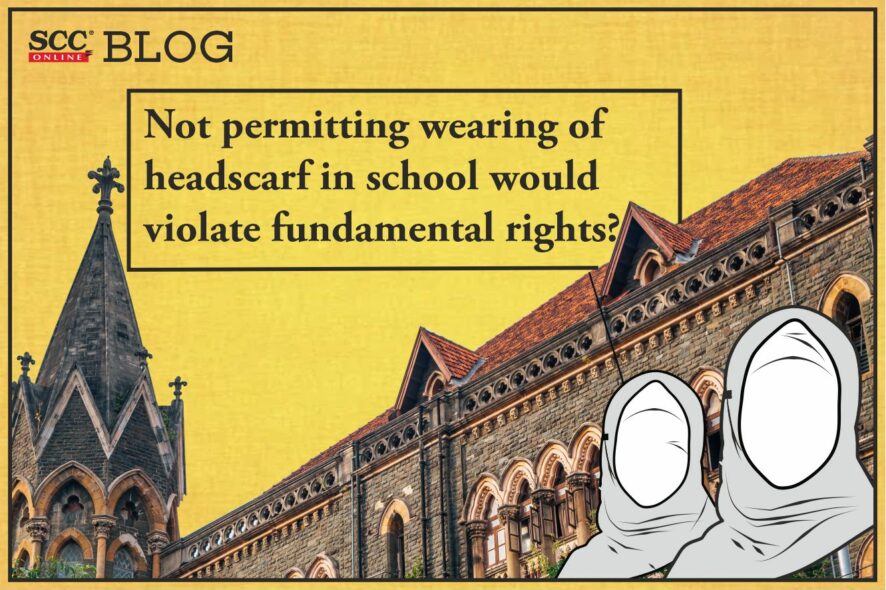 In continuation to analyse a few cases wherein the issue of “headscarf” was touched upon by the Courts, today let’s see what the Bombay High Court said on the wearing of “headscarf” by Muslim girl students.

Bombay High Court in Fathema Hussain Sayed v. Bharat Education Society, 2002 SCC OnLine Bom 713 dealt with the issue wherein a minor student was asked by the Principal of the school to not attend the class if she wore the head scarf.

As per Fathema the said headscarf did not violate the dress code or the discipline of the school, hence principal’s direction was violative of her fundamental right of freedom of conscience and profession, propagating and practising Islam religion.

The Division Bench of R.M. Lodha and D.B. Bhosale, JJ. firstly, the Court noted that the petitioner for the self-same relief had earlier withdrawn the petition and the same was dismissed by this Court, and it was clear from the order that neither liberty to approach the Court again was sought nor granted.

Though the Bench added that, even if Court assumed that the minor may be permitted to file a second petition, High Court found it difficult to accept the submission of the counsel that by not permitting the petitioner to wear head scarf, the fundamental right of the petitioner under Article 25 would be violated.

Proceeding further, the Court referred to Article 25 of the Constitution, which read as follows:

(a) regulating or restricting any economic, financial, political or other secular activity which may be associated with religious practice;

(b) providing for social welfare and reform or the throwing open of Hindu religious institutions of a public character to all classes and sections of Hindus.

Explanation I.— The wearing and carrying of kirpans shall be deemed to be included in the profession of the Sikh religion.

Elaborating further on the matter, the Division Bench stated that, by asking the student to maintain the dress code prescribed by school, how can it be said that it was a violation of her fundamental right of freedom of conscience and free profession, practice and propagation of religion?

While referring to the restrictions imposed in Article 25, Court added that there did not seem to be such established practice and profession of the Islam religion from covering their heads by the girls studying in all girls school.

The Counsel for the petitioner had placed reliance on verse 31 of Chapter 24-64 of Holy Quran (Quran-E-Majid).

The very significant observation of the High Court, in this case, was that:

Bombay High Court did not find any merit in the contention with regard to the direction of the principal being violative of Article 25 of the Constitution of India.