Bombay High Court: The Division Bench of Ravindra V. Ghuge and B. U. Debadwar, JJ., addressed the issue of dysfunctional ventilators supplied through PM Cares Fund. The Bench remarked,

“We find the above situation as regards the dysfunctional ventilators supplied through the PM Cares Fund, to be quite serious. We, therefore, call upon the learned ASGI to state, as to what action would the Union of India initiate in these circumstances.”

The State had submitted before the Court that about 1000 hospitals were empanelled in two schemes namely, ‘MJPJAY’ and ‘PMJAY’for treating patients. Out of these 1000 hospitals, 131 were specifically identified as being appropriate facilities for treating Mucormycosis treatment free of cost. It was also submitted that non-governmental hospitals which were amongst these 131 hospitals would be prohibited from charging as per their normal rates while treating patients for Mucormycosis considering the decision of the Government to extend free treatment in such facilities to all the residents of Maharashtra. Further, those private hospitals which were not empanelled under the said schemes would not be covered by the Government Resolution and if any Mucormycosis patient desires to approach a hospital which is not empanelled under the said two schemes, he would have to pay the charges as per the bills raised by such private hospitals.

Insofar as the 150 ventilators received through the PM Cares Fund were concerned, the State government indicated that a company by name, Jyoti CNC had manufactured the said 150 ventilators with the model name ‘Dhaman III’. It was highlighted before the Court that the GMCH had deployed 17 ventilators of which 6 were flawed and was likely to impact the treatment process of the patients. Two extremely serious flaws pertaining to ‘no in-let O2 pressure’ display and ‘patient becoming hypoxic’when on ventilator were noticed which could be life threatening.

It was further demonstrated that 41 ventilators were allotted to 5 private hospitals with the rider that they would not claim ventilators charges from the patients who used them but not a single ventilator was functional and the hospitals had declined to utilise them as a serious threat to the life of the patients exists. Similarly, 37 ventilators available with the GMCH had yet not been un-boxed as the Dean of the GMCH decided not to un-box the remaining 37 ventilators as 113 ventilators which had been put to use suffer from malfunctioning. It was clarified that, on the other hand all the 64 ventilators supplied by several Industrial Establishments were perfectly operational. Considering the above mentioned, the Bench remarked,

“We find a serious issue before us as regards the defective functioning of the ventilators. Except the 37 ventilators which are yet to be un-boxed, 113 ventilators put to use are found to be defective.”

“We express our displeasure as regards such indulgence by the people’s representatives. Contrary statements are being issued by the politicians which we find distasteful as some politicians have visited the hospital, posing as if they have the knowledge and the expertise to inspect the ventilators and recommend correctional steps.”

In the above backdrop, holding that the situation as regard to the dysfunctional ventilators supplied through the PM Cares Fund was quite serious, the Bench asked the ASGI to state as to what action would the Union of India initiate in these circumstances and what remedial steps would it take.

NCLT | TATA Chemicals’ petition under IBC Code dismissed with heavy cost of Rs 10 lakhs, for being filed with ulterior motive 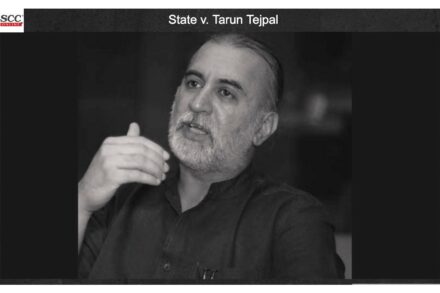 Bom HC | If the wife is earning something for livelihood, can the same be a ground to refuse alimony under S. 24 of Hindu Marriage Act? Read Court’s ruling reiterating SC’s decision