Madras High Court: N. Anand Venkatesh, J., while addressing the concern with respect to a very shocking incident wherein a Lady IPS officer was harassed by the Special DGP, expressed that:

“…effectiveness of a criminal prosecution can be ensured only when it is completed at the earliest possible time and there is a certainty of punishment for the accused person, if found guilty.”

The present writ petition was filed for the issuance of a writ of mandamus directing CB-CID to effectively conduct the investigation, duly monitored by the Court and for a further direction to submit the periodical status report.

It has been stated that the State Government has taken up the issue very seriously and that the investigation is proceeding on the right lines and that no stone will be left unturned. Summons to Accused 1 and 2 have been issued under Section 41-A of the Code of Criminal Procedure, 1973.

Enquiry in the Internal Complaints Committee has also commenced parallelly and the developments were also reported before the Court.

Another development that was brought before the Court was that the Superintendent of Police, Chengalpet had already been suspended, pending the departmental inquiry.

High Court when passed the Orders on 01-03-2021, it had restrained the political parties and media from indulging in any discussion, touching upon the merits of the case, along with using or exchanging the names of the victim officer, the accused persons and the witnesses.

In view of the above restraint a representation was made before this Court to the effect that such protection need not be given to the accused persons and therefore, a request was made to modify the earlier direction and permit the use or exchange of name of the accused persons.

Bench while acknowledging the restraint shown by the political parties expressed that the present issue is not just confined to two individuals infact there is a larger issue that requires an effective solution and the interest of the entire police force in Tamil Nadu.

Reasoning for the restrain was that the Court did not want a parallel ‘Media Trial’, since the issue is quite sensitive and required to be handled with maturity.

State, as well as this Court, must maintain neutrality.

Further, the High Court expressed that it is satisfied with the manner in which the investigation has progressed in this case and the Court hopes that it continues in the same spirit and the same gets completed as expeditiously as possible.

Advocates who appeared before this Court:

NEET-UG, 2018| Candidate awarded compensatory marks in lieu of error in translation of questions 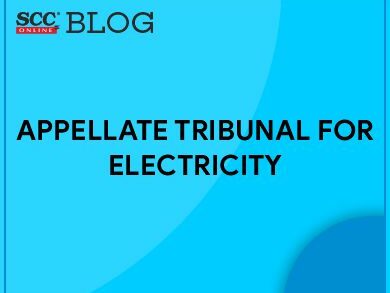 Principle that governs compensating a party for the time value for money would be applied for grant of interest on carrying cost on account of a change in law event; Appellate Tribunal for Electricity reiterates