National Human Rights Commission India has taken suo motu cognizance of a media report that a 5-year-old girl has allegedly died due to starvation and ill health as the family was not able to get food and medicinal care for her in Agra district of Uttar Pradesh.

The Commission has issued a notice to the Chief Secretary of Government of Uttar Pradesh calling for a detailed report within 4 weeks including the relief and rehabilitation provided to the family by the administration and the action taken against the delinquent officials. The Chief Secretary is also expected to issue instructions to all the district authorities to ensure that such incidents of cruelty and negligence should not recur in future.

The Commission has observed that a five-year-old innocent girl has apparently died due to starvation and illness while a number of social welfare schemes run by the Central and the State Government do exist. During the period of lockdown, the government agencies have specifically introduced number of schemes for the poor, migrant labourers and other vulnerable sections of the society. The State Government has made several statements that they are committed to ensure Right to Food, Shelter and Livelihood for the poor people and have been working on issues relating to labourers and labour laws but this heart-wrenching incident shows a different picture.

The Commission has further observed that it is not understandable what is the benefit of announcement of number of schemes when they do not reach the beneficiaries. A poor girl has lost her life, the breadwinner of the family is suffering from tuberculosis and is bedridden. The family is not only financially poor but also belongs to the Scheduled Caste for which special schemes have been announced by the Central and the State governments.

This is a serious issue of violation of human rights due to gross negligence by the local administration. It is for the local public servants to honestly implement the schemes, so that the poor and needy can avail the benefits which , apparently was not done in this case. Had the authorities been sincere and vigilant, loss of a precious human life could have been averted. The State cannot escape its liability and there is a need to fix the responsibility of the public servants who have not acted in accordance with the law to help the aggrieved family.

Reportedly, the girl was living with her parents and sister at Nagla Vidhichand village in Agra’s Baroli Ahir block. The family was without any work for about a month and in recent weeks the family went without food. Many families in the localities like them do not have a ration card. The five-year-old girl Sonia had become weak and had fever for three days. She could not bear the pain and succumbed to illness and hunger on Friday night.

The local authorities reportedly did nothing to help the family-like securing food in the lockdown-induced crisis. The District Administration has said it will find out where things went wrong and they have taken cognizance of the matter and an investigation has been ordered into the child’s death. Further, the District Administration said that the family has buried the body, which they should not have done as a postmortem would have ascertained the cause of death.

Reportedly, the District Magistrate has agreed that the families are suffering and he will ensure that all possible help is provided to the family.

Telangana HC | If the bank sends sale notice following due procedure on the addresses mentioned in loan agreement, will the same amount to ‘service’ under Security Interest (Enforcement) Rules? Read on 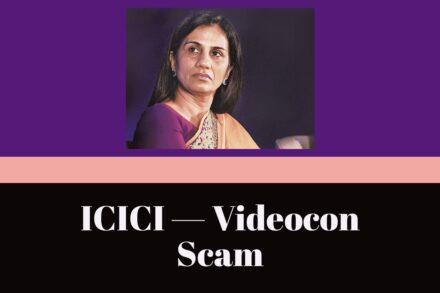 ‘It APPEARS that Chanda Kochhar has misused her official position in sanctioning loans to Videocon Group’: Read Court’s order issuing process against the former MD & CEO of ICICI Bank