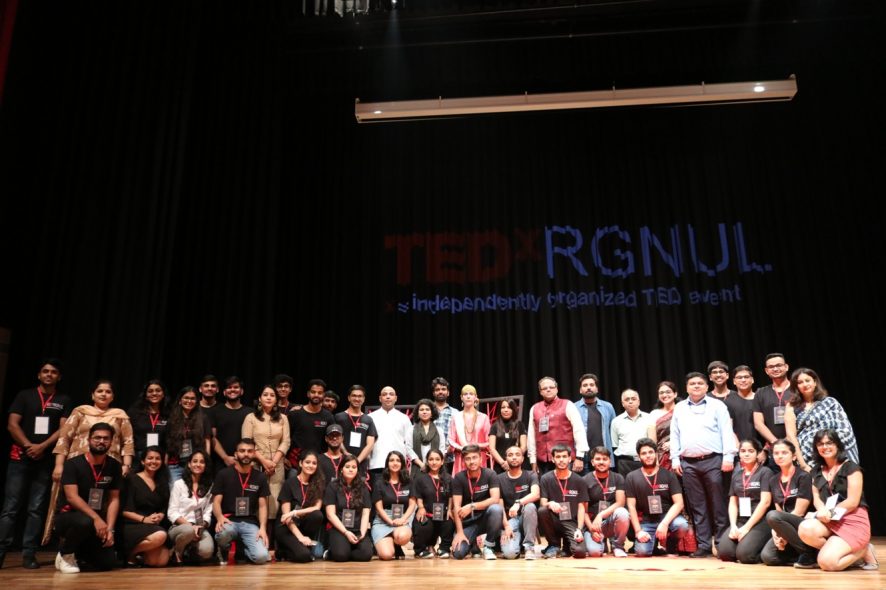 Rajiv Gandhi National University of Law, Punjab (RGNUL) organised TEDxRGNUL 4.0 on Sunday, 8th September 2019 in the University Auditorium. Seven eminent speakers from diverse fields, communicated their ideas to students and young professionals from across the country. Their speeches were videographed and would be subsequently reviewed by TEDx and uploaded on its YouTube Channel.The theme for this year’s TEDxRGNUL was “Identify, Imagine and Innovate” – 3 “I”s that attract a 4th “I”, Inspire.

This year’s line-up of speakers were also impressive. The first speaker was Ms. Durga Shakti Nagpal, an IAS officer of the U.P. cadre. who had come to media limelight in 2013 for her bold action against the dreaded illegal sand miners of U.P. She spoke on “How Little Initiatives Make Big Differences”. The next speaker was Ms. Manoshi Sinha Rawal, a celebrated author of 8 books, including Stigma of Womanhood, a novel on the plight of an Assamese widow and most recent Saffron Swords, a collection of 52 tales about “Unsung Warriors of Bharat”. Mr. Sanjay Thakur, chef extraordinaire, who holds the Guinness World Record for setting up world’s highest altitude pop-up restraurant on Mount Everest, talked about “Problem of Hunger and Food Crisis Faced by the Society and their Solutions”. He was followed by the hillarious stand-up comedian and YouTube sensation, Mr. Anubhav Singh Bassi, who narrated his journey: “Lawyer Turns Stand-up Comedian”.

Dr. Dattesh Prabhu Parulekar brought his experience as a a globe-trotting academic to speak on “Shaping Indian Foreign Policy in the 21st Century: Changing Determinants and Future Directions”. Ms. Shanane Davis, a connoisseur of Indian arts and a story-teller, produced a vivid description on “Patronage and Promotion for the Highest Level Handmade Fine and Decorative Arts of India”. The final speaker was the redoubtable Ms. Laxmi Narayan Tripathi, who had played a pivotal role in getting legal recognition for the Third Gender by the Supreme Court of India and religious recognition in the Kumbha Mela through her Kinnar Akhada. She talked about “Breaking Barriers in Religion”.

The faculty team, who co-ordinated the efforts of the students and supported them at every step, consisted of Dr. Rachna Sharma, Dr. Renuka Salathia, Dr. Abhinandan Bassi, Dr. Gurmanpreet Kaur and Mr. Saurav Sarmah. The event was inaugurated by the Registrar of RGNUL, Prof. (Dr.) Naresh Kumar Vats. Prof. (Dr.) Paramjit Singh Jaswal, the Vice-Chancellor of RGNUL, has been the guiding light behind the TEDxRGNUL events from the very 1st edition. It was the united and untiring effort of the entire university that made TEDxRGNUL 4.0 a resounding hit. 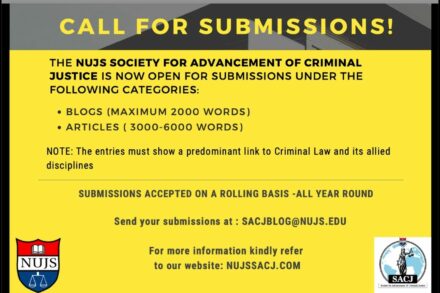 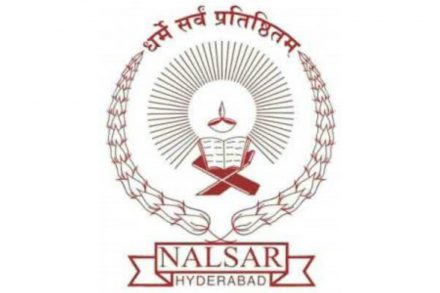 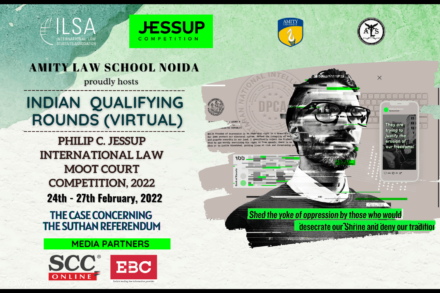