Supreme Court: In an unexpected turn of events, Rajya Sabha Congress Parliamentarians Pratap Singh Bajwa & Amee Harshadray Yajnik have withdrawn the he petition challenging the rejection of impeachment motion against CJI Dipak Misra after the Constitution Bench of Dr. AK Sikri, SA Bobde, NV Ramana, Arun Mishra and AK Goel, JJ refused to share the details of the administrative order by which the Constitution Bench was formed.

The Parliamentarians had filed the petition after Rajya Sabha Chairman Venkaiah Naidu rejected the impeachment motion against Chief Justice of India Dipak Misra, moved by 7 opposition parties. He had, in his order, stated:

“The motion presented by the MPs indicates a mere suspicion, conjecture or an assumption in the Prasad Education Trust case. The same does not constitute proof beyond a reasonable doubt required to make out a case of proved misbehavior.”

64 lawmakers from seven parties had moved an impeachment motion in Rajya Sabha against CJI Dipak Misra. The motion was moved a day after the Supreme Court rejected a batch of petitions seeking an independent probe into the death of Judge B H Loya, who was hearing the Sohrabuddin Sheikh encounter case.

The Supreme Court has been marred by controversy ever since CJI Misra has joined the office. The initiation of the impeachment motion  on the opposition’s agenda ever since the senior most judge of the Supreme Court of India, Justice J. Chelameswar, along with Justice Ranjan Gogoi, Justice Madan B. Lokur and Justice Kurian Jospeh, held a press conference over the controversy relating to assignment of cases by the CJI. The judges had also released the letter that they had addressed to the CJI on the said issue. On the principle of Chief Justice being the ‘master of the roster’, the letter states: 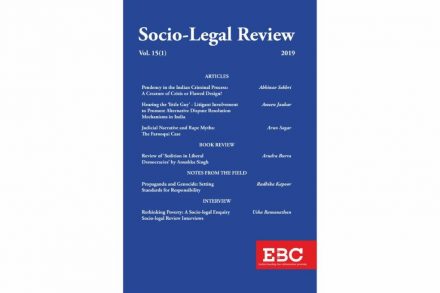