Kerala High Court: Aggrieved by the decision of a Single Judge, the State of Kerala filed an appeal and a Division Bench comprising of Navaniti Prasad Singh, C.J. and Raja Vijayaraghavan V., J. dismissed the appeals, upholding the judgment and reasoning of the Single Judge. By a Government Order, the government resolved that no new colleges and courses will be allowed in the self-financing sector in the higher education field in the State.

Questioning the authority of the government to issue such orders, the Court held that a University grants affiliation to colleges and in order to do so, conducts enquiries, inspections and at the last stage, approaches the government to ascertain its views. The power of the government is to ensure that the statutes establishing colleges and dealing with affiliation are complied with. The Government had no power to override the discretion of the University. With the change of government, the new policy came in as a result of which the colleges that had made investments and were waiting affiliation became redundant.

Moreover, the Government Order affected the fundamental right to receive and to impart education under Article 21-A of the Constitution of India. The Court stated that “such a right can be restricted not by a policy decision, but only by a law and law means law made by the competent legislature and not by an executive fiat.” Therefore, in such situations, the Court advised the Government to have a restrained approach and leave it upon the students, their parents and guardians to decide which course and which college they should apply to. [State of Kerala v. M.G.M. College of Arts and Science, 2017 SCC OnLine Ker 9005, decided on 05.07.2017] 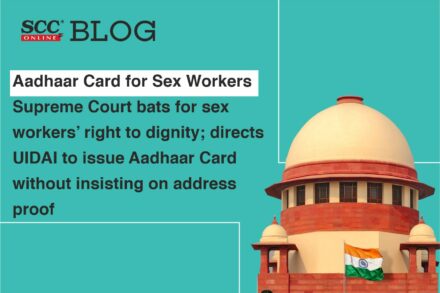 Ker HC | Sessions Judge’s appointment set aside as appointee was not an advocate and was instead in judicial service, as on the date of appointment