The BCCI matter is to be heard before a bench of the Chief Justice today at 2.00 pm.

In the Supreme Court

2.55 pm: Gopal Subramanium, Senior Advocate finishes his submissions by saying that ultimately the Court will have to appoint an able body of administrators  and implement the Lodha Committee Report. He adds that the disobedience by the BCCI is both Civil and Criminal Contempt.

Kapil Sibal, Senior Advocate: Submits that  the affidavit by Anurag Thakur says it never asked the ICC to issue a letter saying implementation of the judgment would lead to disqualification of BCCI

Justice Thakur CJ.: Anurag Thakur will be liable for perjury if the chairman of the ICC says something contrary to his affidavit.The very fact that you asked ICC for a letter for any clarification about the status of BCCI – it is made with a view to obstruct the Court’s order. It will be contempt. At every stage there is visible defiance by BCCI.

Kapil Sibal, Senior Advocate:  We are finding it difficult to implement your directions especially the one State one vote because  some States don’t have the relevant infrastructure so they’ll be bought over by bigger States.

Justice Thakur, CJ.: Your problem is that you don’t wish to give votes to the North East

Kapil Sibal, Senior Advocate:  Says one State one vote is not any way related to upliftment cricket and asks for more time because there is no consensus. He says we need 3/4 majority which we haven’t been able to get in the board meeting. BCCI does want to comply with the judgment.

Justice Thakur, CJ.:  Lodha committee is saying you are defiant. –

Justice Thakur, CJ.: Our earlier order of no disbursement of money to any member will stand.

Kapil Sibal, Senior Advocate: Says we will file a detailed affidavit showing a checklist of compliance with the judgment.

Gopal Subramanium, Senior Advocate: Says BCCI is only accepting in principle nothing on paper.

Justice Thakur, CJ.: Says file an undertaking in Court to comply with the checklist.

Kapil Sibal, Senior Advocate:Says I’ll put a quietus to this by saying what we can do what we can’t do because the committee is erudite but we all are fallible after all.

Gopal Subramanium, Senior Advocate: says the following must be complied with:

1) people disqualified should be out

2) age bar should be complied with

3) transparency should be ensured while giving contracts

Gopal Subramanium, Senior Advocate: Says that in contempt jurisdiction Mr Sibal can not say what he can  or cannot comply with – he has to only clearly say he will comply.

Gopal Subramanium, Senior Advocate: Says the embargo on expenditure can be diluted to the extent of 25 Lakhs, because to conduct matches, arrange venues and media rights the State Board needs money – anything above that should not be allowed. 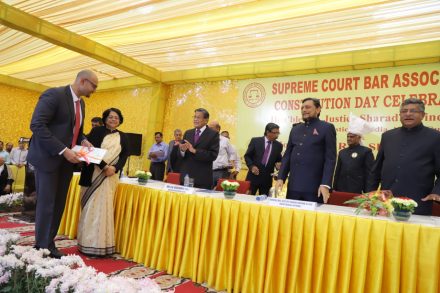 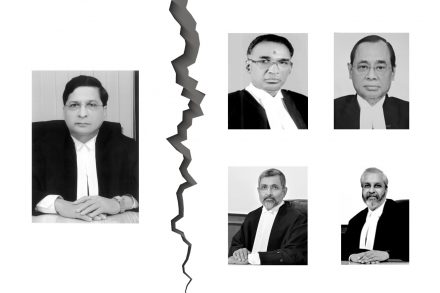 Preserve judiciary or democracy will fail: 4 SC judges led by Justice Chelameswar in their address to the nation

NHRC issues notice over — Abduction, Rape and Murder of a 9-Year old girl