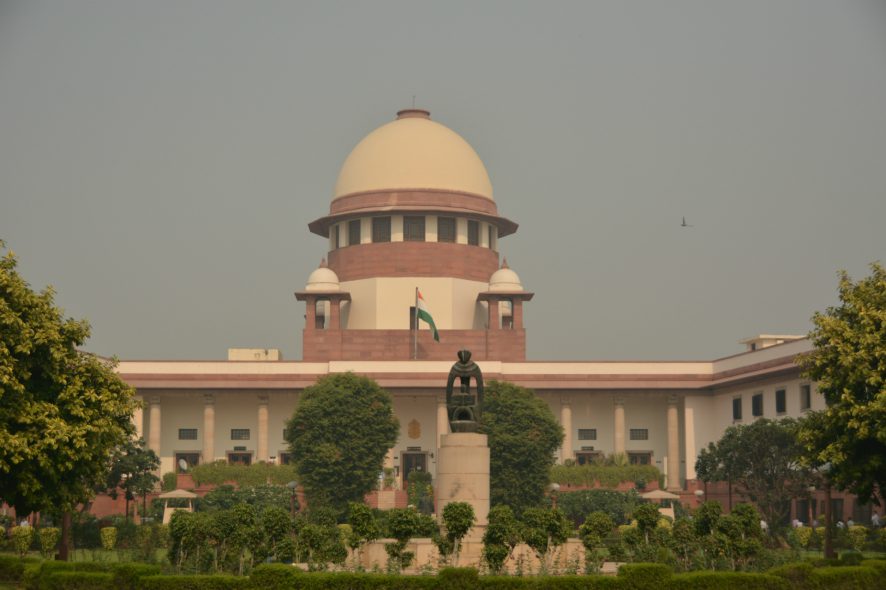 Supreme Court: In an interesting case regarding insurance claim, the Division Bench comprising Hemant Gupta and V. Ramasubramanian*, JJ., reversed the NCDRC’s decision directing the insurance company to indemnify the insured of a Marine Insurance Policy on the sole ground of delay in repudiating claim.

“The delay in processing the claim and delay in repudiation could be one of the several factors for holding an insurer guilty of deficiency in service. But it cannot be the only factor.”

The instant appeal had been filed under Section 23 of the Consumer Protection Act, 1986 against the impugned order of the National Consumer Disputes Redressal Commission (NCDRC) directing the appellant-insurer to make payment of the sum assured under a Marine Insurance Policy.

On 30-05-2011, the subject vessel allegedly sank in the high sea between Oman and Pakistan, due to bad weather and rough tides, which damaged the lower portion of the vessel. Consequently, the complainant lodged a claim with the insurer. Since the claim was neither admitted nor repudiated, the complainant filed a consumer complaint before NCDRC.

Meanwhile, the insurer repudiated the claim by a letter dated 04-09-2013 on the ground that the subject vessel was engaged in illegal activities and was hijacked by Somali pirates and that in any case, the Meteorological reports of Oman and India showed absolutely fair-weather conditions on 29-05-2011 and 30-05-2011.

The NCDRC allowed the claim on the basis of the following findings:

(i) Though the incident took place on 30-05-2011, the surveyor was appointed on 03-06-2011 and a Final Survey Report was sent on 25-03-2013, the claim was repudiated by the appellant only on 04-09-2013, i.e., after more than two years, therefore, the inordinate delay violating Regulation 9 of the Insurance Regulatory and Development Authority (Protection of Policyholders’ Interests) Regulations, 2000, constituted deficiency in service;

(ii) Though the insurer raised a dispute with regard to the place and nature of the incident, the claim of the complainant was supported by the statement of the crew members of the subject vessel which was recorded by the Superintendent of Customs and the Immigration Officer;

(iii) The Report of the Meteorological Departments relied upon by the insurer had nothing to do with the place of the accident;

(iv) The plea of the complainant that SOS/ distress calls were made from the subject vessel, was corroborated by the statement of the crew members; and

(v) It was too late for the insurer to raise a dispute with regard to the value of the subject vessel.

In view of the above findings, the NCDRC directed the insurer to pay the complainant, the sum assured of Rs.1,62,70,000 together with interest at 9% per annum.

Factual Analysis by the Court

The complainant’s version was that the subject vessel left Djibouti on 21-05-2011 on its return journey to India but on 30-05-2011, it encountered bad weather and rough tides when it was between Oman and Pakistan. The crew of the subject vessel made a distress call, which was received by the crew of another vessel-MSV Chetak.

Since the statements of the crew members of the subject vessel were also corroborated by the Captain of the rescuing vessel MSV Chetak, the NCDRC found the version of the complainant had been proved. The Court remarked,

Can receipt time of SOS message and the actual time of rescue be the same?

The head of the rescuing vessel revealed to have heard the SOS call at 10:00 am but according to the head of the subject vessel, they were rescued at 10:00 am. The Court opined that this crucial contradiction had been completely overlooked by the NCDRC. The Court noted that surprisingly, the inquiry by the Surveyors with Muscat Radio revealed that no SOS calls were made nor was any response from the rescuing vessel reported. Similarly, the Meteorological Departments of both countries namely Oman and India confirmed that the weather for the specific area coordinates, Latitude 23=40° N and Longitude 61 =43° E, was fair.

Deviation from the set route

Admittedly, the normal practice for the Indian Dhows trading from Indian West Coast to the Arabian Gulf Ports and Yemen/Africa, in the month of May is to sail along the coast of Southern Oman and after crossing Kuria Muria Islands and Ras Madraka and set course North easterly to Gujarat. But the coordinates provided by the rescuing vessel showed that the rescuing vessel was positioned at 200 miles North. Therefore, the Court observed that the Surveyor was rightly compelled to draw the inference that subject vessel could not have been in the area where she reportedly sank.

Noting that the Directorate General (DG) of Shipping had issued a Circular dated 31-03-2010 prohibiting the operations/trading in waters South or West of the line joining Salalah and Male, the Court opined that the Circulars issued by the DG Shipping, especially with regard to the safety and security of the vessels and the crew are to be read as part and parcel of the policy conditions.

Regarding the allegation of a piracy attack, the Court noted that there was a query on 25-10-2010 from both the coast guard and DG Shipping about a piracy attack on the subject vessel, and the same was denied by the complainant in its reply.

Hence, it was clear that there was no piracy attack. However, the Court held that the exchange of emails about the suspected piracy attack demonstrated that at least the vessel was plying in the prohibited location.

Discrepancies on the Part of the Complainant

After analysing the facts of the case, the Court noted the following discrepancies on the part of the complainant:

(i) The complainant did not state anywhere in the complaint where exactly the mishap had happened.

(ii) The complainant relied on Column 47 of the Marine Casualty Report issued by the Indian Marine Mercantile Department, to show that the vessel sank due to bad weather. But interestingly, column 47 of the report does not contain any detail except stating broadly that there was rough weather.

(iii) Moreover, Columns 50 to 53 exposed the falsity of the statements made by the captains of both the ships to the Customs Authorities as according to Columns 50 and 51, the incident happened at 4:00 a.m. local time on 30-05-2011 but the captains of both the ships state that the incident had happened at approximately 10:00 a.m.

In view of the above, the Court held that the delay on the part of the Insurance Company in securing the Final Survey Report and the further delay in issuing the letter of repudiation, could not per se lead to the complaint being allowed. The Court opined,

“The Consumer Forum which has a limited jurisdiction to find out if there was any deficiency in service, could not have allowed the complaint on the basis of sketchy pleadings supported by doubtful evidence.”

Consequently, the Court concluded that the NCDRC was in error in allowing the complaint since there was no categorical evidence of any deficiency in service on the part of the insurer. Hence, the appeal was allowed and the impugned order was set aside.

Gaurav Agrawal, Advocate, for the Appellant;