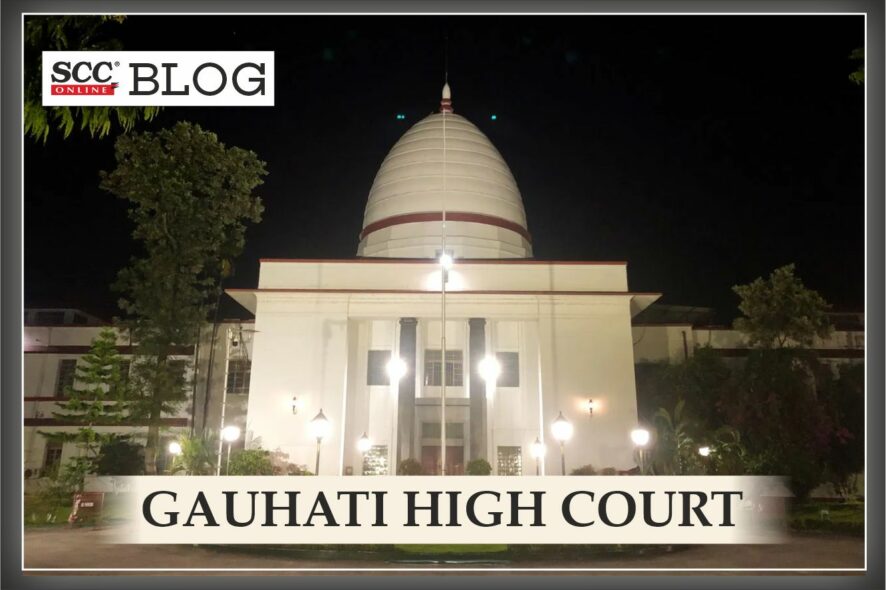 Gauhati High Court: Rumi Kumari Phookan J. dismissed the criminal proceedings against Chief Minister of Assam, Dr. Himanta Biswa Sarma for violating the provision of the Model Code of Conduct during 2019 General Assembly Elections. The Court was further of the view that the provision mentioned under Section 126 of the Representation of the People Act, 1951 (RP Act) should be reexamined in the light of multi-phased elections and the expansion of digital and electronic media.

A complaint was filed as per the direction of the Election Commission of India (ECI), against the petitioner who was an MLA in 2019, and the “news” channel, ‘News Live’, for telecasting a Live interview of the petitioner a day before the first phase elections were scheduled. In the complaint filed it was said before the trial court that cognizance under Section 126(1)(b) of the RP Act should be taken. Based on the documents submitted, the trial court took cognizance of the offence and imposed a fine of Rs 2000/- on the petitioner.

Analysis and Decision of the Court

Firstly, the court noted that the original complainant was neither present for the proceedings nor did he produce the relevant documents, as directed, therefore, such a complaint is liable to be dismissed for non-prosecution.

Therefore, the Court stated, “Being an officer of the justice delivery system, no one can conduct the affairs of the prosecution as an inquiry officer. As the original complainant did not pursue the matter nor produced the relevant documents, as directed, such a complaint is liable to be dismissed for non-prosecution u/s.203 CrPC and/or other relevant orders as to whether the complainant has been able to make out a prima facie case for proceeding etc. But a court of law is never assigned to undertake an inquiry to pursue the matter with higher authority as has been revealed by various orders of the court. Accordingly, all these orders suffer from serious illegality.”

Secondly, the Court noted that when the interview was telecasted in Gauhati, no polling was scheduled for the next 48 hours, as per the notification poll schedule. The aforementioned fact was neither disclosed in the complaint nor did the trial court consider it while taking cognizance of the offence. Thus, the trial court had failed to discharge discretion while conducting proceedings.

Further, the Court opined that in the changing social scenario as well as the expansion of the digital era where the election commission itself has made arrangements to hold elections in phases in certain constituencies, it is time to revisit the provision enunciated in Section 126 of the RP Act which was enacted in the year 1951.

Hence, the Court held that continuation of the criminal proceedings would amount to an abuse of the process of court causing injustice, and quashing the proceeding would otherwise serve the ends of justice. Resultantly, the Court quashed the entire proceedings under Section 126(1)(b) of the RP Act and set aside the impugned order of the trial court.

Supreme Court: Giving a 4:3 verdict, the 7-Judge Bench held that an appeal in the name of religion, race, caste, community or language is impermissible under the Representation of the People Act, 1951 and would constitute a corrupt practice sufficient to annul the election in which such an appeal was made regardless whether the appeal was in the name of the candidate’s religion or the religion of the election agent or that of the opponent or that of the voter’s.

In the matter where the interpretation of the word ‘his’ under Section 123(3) of the Representation of the People Act, 1951, T.S. Thakur, CJ and Madan B. Lokur, L.Nageswar Rao and S.A. Bobde, JJ, giving the majority view, said that the sum total of Section 123 (3) even after amendment is that religion, race, caste, community or language would not be allowed to play any role in the electoral process and should an appeal be made on any of those considerations, the same would constitute a corrupt practice. It was held that for maintaining the purity of the electoral process and not vitiating it, sub-section (3) of Section 123 of the Representation of the People Act, 1951 must be given a broad and purposive interpretation thereby bringing within the sweep of a corrupt practice any appeal made to an elector by a candidate or his agent or by any other person with the consent of a candidate or his election agent to vote or refrain from voting for the furtherance of the prospects of the election of that candidate or for prejudicially affecting the election of any candidate on the ground of the religion, race, caste, community or language of (i) any candidate or (ii) his agent or (iii) any other person making the appeal with the consent of the candidate or (iv) the elector.

Dr. D.Y. Chandrachud, Adarsh K. Goel and U.U. Lalit, JJ on the other hand were of the opinion that the ‘his’ in Section 123(3) of RP Act does not refer to the religion, race, caste, community or language of the voter. ‘His’ is to be read as referring to the religion, race, caste, community or language of the candidate in whose favour a vote is sought or that of another candidate against whom there is an appeal to refrain from voting. It was said that the actual unfolding of democracy and the working of a democratic constitution may suffer from imperfections but these imperfections cannot be attended to by an exercise of judicial redrafting of a legislative provision. [Abhiram Singh v. C.D. Commachen, 2017 SCC OnLine SC 9, decided on 02.01.2017]

Explaining the law on disqualification of a member as per Section 100(1)(a), the Court said that under Section 100(1)(a) the election of the returned candidate is liable to be declared void if, inter alia, he was not qualified for membership of Parliament or the State Legislature as may be. Section 5 of the 1951 Act deals with qualifications for membership of a Legislative Assembly of a State which, inter alia, requires a candidate to be an elector of any Assembly constituency of the State. To declare an election void under Section 100(1)(a), it must, therefore, be established that the returned candidate is not a voter of any assembly constituency of the State.

The Bench of Ranjan Gogoi and P.C. Pant, JJ noticed that the entire case of the election petitioner, who was elected in Deosar Constituency, was that the appellant-returned candidate was a voter of another constituency i.e. Singrauli constituency but he had not enclosed or produced the electoral roll of that constituency or a certified copy thereof thereby making him ineligible to contest the election.  In view of the state of the pleadings as noticed above; the issues framed and the evidence led by the parties, the bench refused to agree with the High Court that the respondent-election petitioner had made out a case for declaration that the result of the election in favour of the returned candidate was void under Section 100(1)(a) of the 1951 Act. [Rajendra Kumar Meshram v. Vanshmani Prasad Verma, 2016 SCC OnLine SC 1074 , decided on 03.10.2016]