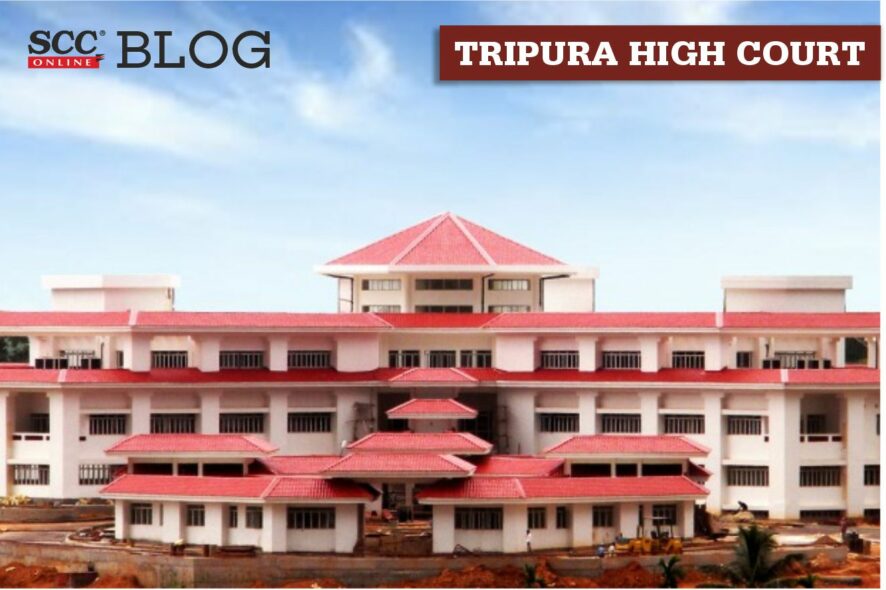 Tripura High Court: Arindam Lodh, J. allowed a writ petition issuing directions to the Tripura State Electricity Corporation Limited to pay all the cumulative dues such as salary, allowances, etc. which were payable to the petitioner-employee under his service condition.

The Court reproduced the office memo dated 25-02-2015 issued by the Government of India, Ministry of Personnel, Public Grievances & Pensions and stated that it was further reviewed in the year 2016 where the rights of persons with disabilities were not in any way diluted rather expanded the rights of such persons. It mandates that the State-employer must create conditions in which the barriers posed by disability can be overcome.

The Court noticed that a plea has been taken that the respondents did not accept his joining report or leave application as he did not report to the joining authority in person however he expressed his willingness to join his duties by submitting an application to the authority concerned but it was refused on the pretext that the petitioner did not physically appear before the concerned authority.

“The conduct of the concerned officer is not in consonance with the object the legislatures wanted to achieve. Keeping in mind the objectives of Rights of Persons with Disabilities Act, 2016, the respondents should realize the challenge the petitioner has been facing and accommodate him with humane approach. Any failure to meet the needs of disabled person will definitely breach the norms of reasonable accommodation.”

The Court relied on Vikash Kumar v. UPSC, (2021) 5 SCC 370 which had an observation that the Rights of Persons with Disabilities Act, 2016 is a “paradigm shift” and further overview of the scheme of 2016 Act was also discussed.

Keeping in mind the facets and objects of the 2016 Act the Court directed that:

(i) the respondents are to pay all the cumulative dues such as salary, allowances, etc. which were payable to the petitioner under his service conditions within a period of three month from today;

(ii) the salary and allowances payable to the petitioner shall be released from this month and regularize his service conditions by way of recalling all the earlier orders passed by TSECL treating his absence from duty as unauthorized absence. Those unauthorized absence period, according to the TSECL, shall be regularized and that would not have any bearing to the service of the petitioner;

(iv) if the petitioner is found incapable of performing any kind of duties, then, the respondents are under obligation and shall pay all service benefits including the promotion to the petitioner by creating a supernumerary post until a suitable post is available or he attains the age of superannuation;

(v) the respondents shall utilize capacity of the petitioner by providing and environment around him and ensure reasonable accommodation by way of making appropriate modifications and adjustments in the spirit of the discussions and observations made herein above;

(vi) the petitioner shall appear before the constituted Medical Board of the State Government within 7(seven) days from today. The Medical Board shall examine and issue necessary certificate mentioning the extent of his disability in consonance with the RPwD Act; and

(vii) it is not advisable to send the petitioner to the Medical Board time and again.

The writ petition was thus allowed.