Here’s a short recap of what we covered under the High Court’s section for the month of February 2021.

In case February was a tied up month and you missed out on some really interesting cases from the High Courts, well we have covered that for you, just scroll down and have a look at all the updates.

Go ahead and check out the February updates of 2021! 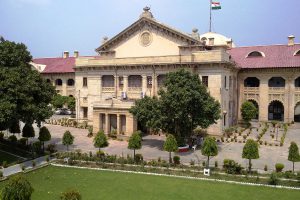 All HC | “Police officers NOT to automatically arrest when cases under S. 498-A IPC is registered”: Court lays directions considering provisions of S. 41-A CrPC

All HC | 20 yrs in jail for no reason? HC reverses conviction of rape accused; Directs matter to be placed before CJ for considering periodical listing of appeals of those in jail for more than 10 or 14 yrs

All HC | Man, principal accused in incident relating to wife’s death, seeking custody of minor children. Can the custody with maternal grandparents said to be illegal? Read on

All HC | A Posthumous child who was still in his mother’s womb while his father passed away, would he be entitled to compassionate appointment on attaining majority under Rules of 1974? Court explains

All HC | Summons sent to Director for dishonour of cheque under S. 138 NI Act, without prosecution against the Company. Is it permissible? Court answers

All HC | Whether issuance of writ of habeas corpus at the behest of a husband to regain his wife is available as a matter of course? Read on

[Tandav] “Cheap and objectionable”, All HC rejects bail application of Aparna Purohit. Holds, submission of apology or withdrawal of scene after streaming would not absolve criminal liability 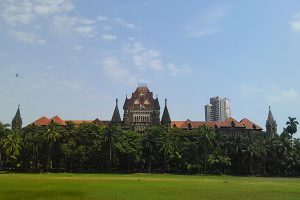 Bom HC | Classic case of unfair labour practice: Workmen not given permanency on being engaged in a rotational pattern || Pool of Temporaries, Termination, Perennial Work & more

Bom HC | ISKCON, Infringement of well-known mark: Read why Justice G.S. Patel deferred grant of discretionary relief in view of past history which may materially affect the action

Bom HC | Power of quashing a criminal proceeding should be exercised very sparingly and with circumspection and that too in the rarest of rare cases: FIR against late actor Sushant Singh’s Sister not to be quashed 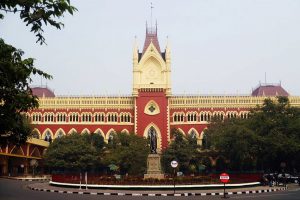 Cal HC | Adjudicate or Legislate? What is the role of Courts in our country? HC frames a precedential examination while discussing scope of ‘Judicial Inquiry

Cal HC | Power of Resolution Professional to take control of any asset, is it subject to determination of ownership by a Court or Authority? Discussion in light of Embassy Property Developments (P) Ltd. v. State of Karnataka, 2019 SCC OnLine SC 1542

Cal HC | When can S. 29(2) of Hindu Marriage Act come to rescue of parties seeking to prove divorce on basis of custom? Read the case of a second ‘wife’ denied widow pension 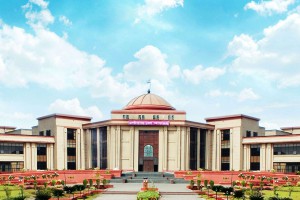 Chh HC | Under what circumstances can ‘Anticipatory Bail’ be granted in light of the bar created under S. 18 of SC/ST Act; Appeal Allowed

Chh HC | Power under S. 156(3) of the CrPC warrants application of judicial mind and it has to be supported by an affidavit

Del HC | Grant of study leave to a Doctor: Can a Court in exercise of its ‘Judicial Review’ sit as an Appellate Authority over the administrative decision? Read on

Power of Revision of HC under CrPC

Del HC | What is the scope of power of revision of HC under CrPC? Court discusses while denying interference in matrimonial matter

Del HC | Onus to prove that there is non-existence of debt is on whom under NI Act? Read the purpose of S. 118 NI Act

Del HC | Can an application under S. 24 HMA survive beyond dismissal of the main divorce proceeding? Read why HC dismissed the application for maintenance pendente lite

Del HC | While calculating husband’s income for granting maintenance to wife, can husband’s mother who receives her independent pension and rental income be counted as a dependant to be maintained by husband? HC explains

Del HC | If on the basis of materials on record a court could come to the conclusion that commission of the offence is a probable consequence, a case of framing of charge exists

Del HC | On invocation of arbitration clause, if a party appoints arbitrator on its own and does not receive confirmation from another party, should former approach Court under S. 11 of Arbitration Act? HC discusses

Del HC | “Court has to cut through the web of pleas spun in the written statement”. When should a decree on admissions be passed in a property dispute? Read how the Court refused to allow abuse of its process

Del HC | Permanent residents of Singapore, residing there since 2012, wife seeks an injunction for suit filed in Singapore by husband regarding matrimonial dispute. HC rejects appeal. Why? Read on

Del HC | Content Regulation has been a contested issue across the world. Read HC’s stance & directions in Disha Ravi’s plea alleging leaking of her messages, etc. by Police

Del HC | Where NCDRC doesn’t pronounce orders within 6 months of being reserved, and application is filed, same is to be listed before President (NCDRC) within 2 days without fail 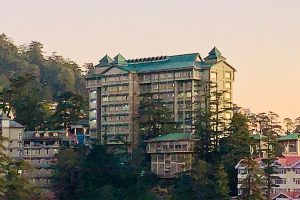 HP HC | Whether minimum period of six months stipulated under S. 13(B)(2) of the Hindu Marriage Act for a motion of passing decree of divorce on the basis of mutual consent can be relaxed? Court explains

HP HC | Whether a dispute relating to an election of a local body maintainable before High Court under Art. 226 of Constitution of India? HC explains in light of settled position of law

[POCSO Act] HP HC | Bail granted in a case where a major developed consensual sexual relations with a minor, in light of mitigating factors; Petition allowed 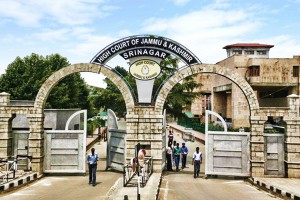 J&K HC | “Even after completion of public auction the highest bidder has no indefeasible right till the confirmation letter is issued”; HC states 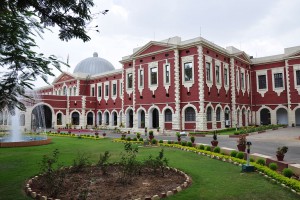 Jhar HC | When can the second wife be convicted for abetting the offence of bigamy under S. 494 IPC? What are the essential ingredients of such offence? Court examines while acquitting the second wife

Jhar HC | A Newspaper reports about sexual assault incident along with sum and substance of FIR lodged with no disclosure of victim’s name. Will defamation provision under Ss. 500 or 501 IPC be applied on publisher, editor, etc.?

[MV Act] Kar HC | Evidence is examined on the touchstone of ‘preponderance of probabilities’, Standard of proof of accident beyond reasonable doubt to not apply

Kar HC | Will absence of any specific claim under S. 166 MV Act in pleadings deprive a claimant(s) of getting just compensation? HC answers

Kar HC | Does ‘Animal Life’ fall within the meaning of ‘Right to Life’ under Art. 21 of Constitution of India? HC explains in light of instant facts

Ker HC | Does a person lose his status as a scheduled caste after converting to a different faith? Does conversion put an end to the disadvantages faced by him? HC answers

Right to be Heard

Ker HC | Does absence of date and place in affirmation part invalidate the contents of declaration? HC answers

Ker HC | Gold Smuggling is not a terrorist activity, it does not qualify as ‘any other material’ under S. 15(1)(a)(iiia) of Unlawful Activities Prevention Act; HC grants bail 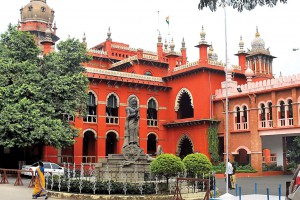 Zero tolerance for Advocates’ unlawful conduct: HC to ensure that activities of some advocates do not spoil image of entire profession

If wife issues a cheque to discharge husband’s liability and it gets dishonoured, can the wife be prosecuted under S. 138 NI Act? HC answers

Husband and Wife living separately for past 13 years. Can cooling-off period under S. 13-B of Hindu Marriage Act, 1955 be waived off, if sought mutually ? Read on

Payment of Maintenance under S. 125 CrPC: From the ‘date of application’ or ‘date of order’? HC answers in view of SC decision 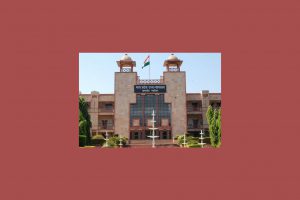 MP HC | Do the revenue authorities have jurisdiction to decide the correctness and genuineness of a “Will”? Court explains

MP HC | Claim of share in the properties or right of succession are not pure questions of law instead they are mixed question of law and fact; Court dismisses revision warranting interference under S. 115 of CPC

MP HC | Court not inclined to entertain writ petition in case remedy available before concerning Magistrate under S. 156 (3) of CrPC 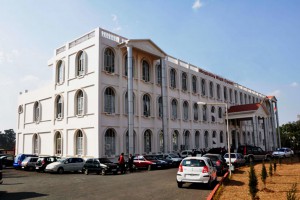 Megh HC | What is the scope of taking effective cognizance of the subsequent facts in a petition? HC explains

Megh HC | Will a minor at the time of death of a deceased employee be entitled to claim compassionate appointment upon attaining majority? HC answers

Megh HC | No disrobing, no penetration; will nudging and putting the victim to ground amount to attempt to rape? Read what constitutes an offence under Ss. 376/511 IPC 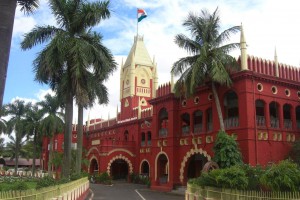 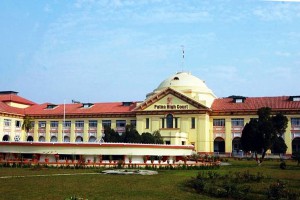 Pat HC | “State is not free to act according to its own standard.” HC held termination of contract by State without mandatory notice is illegal 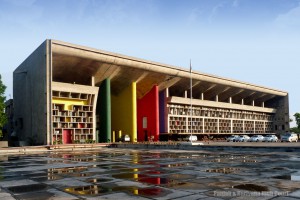 P&H HC | “She requires to maintain herself and cannot be denied financial assistance”, HC grants pension to widow convicted for murder

P&H HC | A juvenile has to be released on bail mandatorily unless and until exceptions carved out in proviso to S. 12 (1) of J.J. Act, 2015 itself are made out 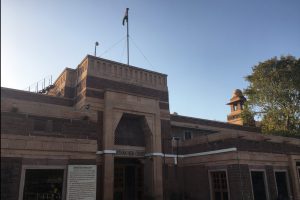 Raj HC | State Govt. to consider whether persons with locomotive disabilities and hearing impairment can avail reservation for the purpose of employment under Rights of Persons with Disabilities Act, 2016 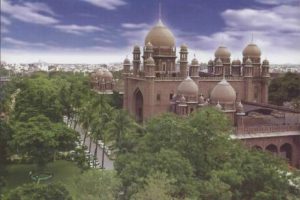 Telangana HC | Can a sexual offender be taken into preventive detention? Read the case of ‘detenu’ who committed intercourse with minor in secluded place and let her off next day 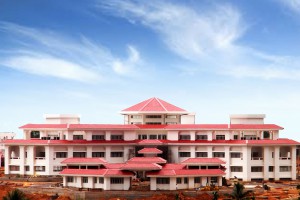 Tri HC | Once material has come to Government notice prima facie indicating that there was some corrupt practice, Government is duty-bound to act on the same; Court maintains departmental inquiry 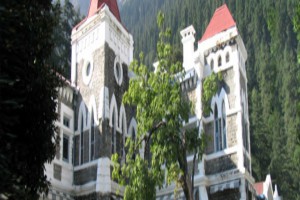 Utt HC | Courts should not interfere with transfer orders made in public interest; Petition dismissed 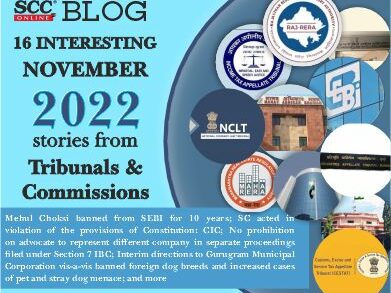 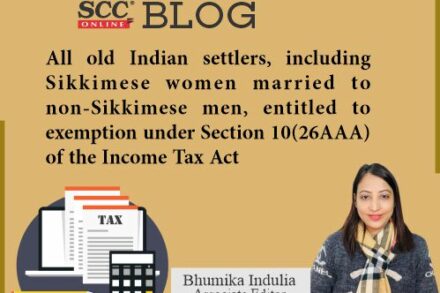 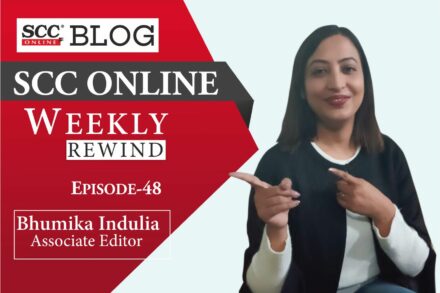